6233 Duchess of Sutherland at Kings Cross

On Saturday 3rd December, the steam locomotive brought the return trip of the Railway Touring Company’s “The Lindum Fayre” special train to Lincoln back into Kings Cross. 6233 Duchess of Sutherland is a Princess Coronation Class steam locomotive built in 1938 by the London, Midland and Scottish railway company, hence the LMS on the tender (where the locomotive’s coal and water are stored).

When built in 1938, it used haul trains over the LMS’ railway lines that ran from London Euston going North on the West Coast Main Line (WCML) past Liverpool and Manchester then onward to Scotland.

The train slowly emerged from Gasworks Tunnel, with the side of the train’s carriages lit red by a nearby signal. 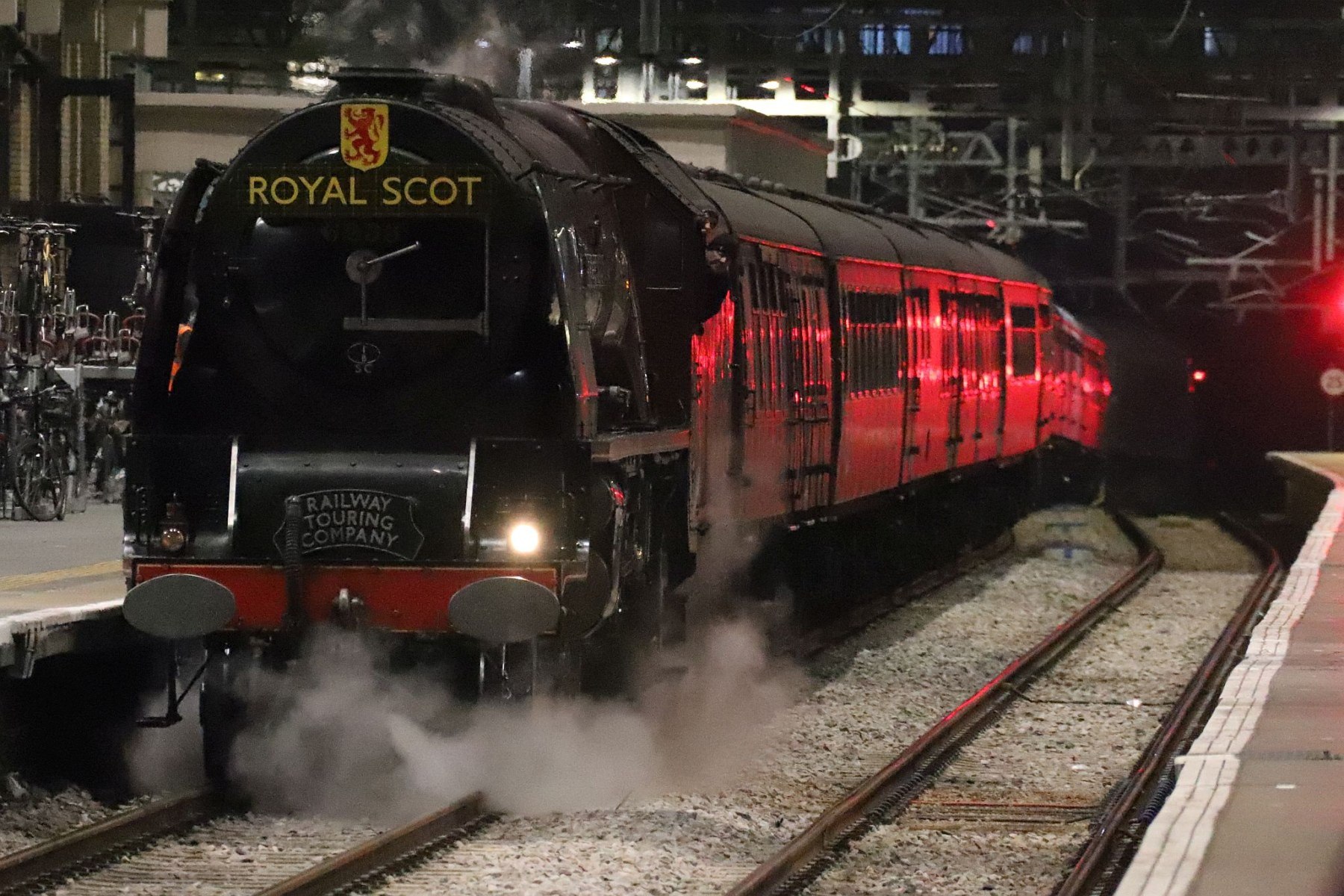 The train eased to a stop alongside more modern train, but even that one has already given decades of service. 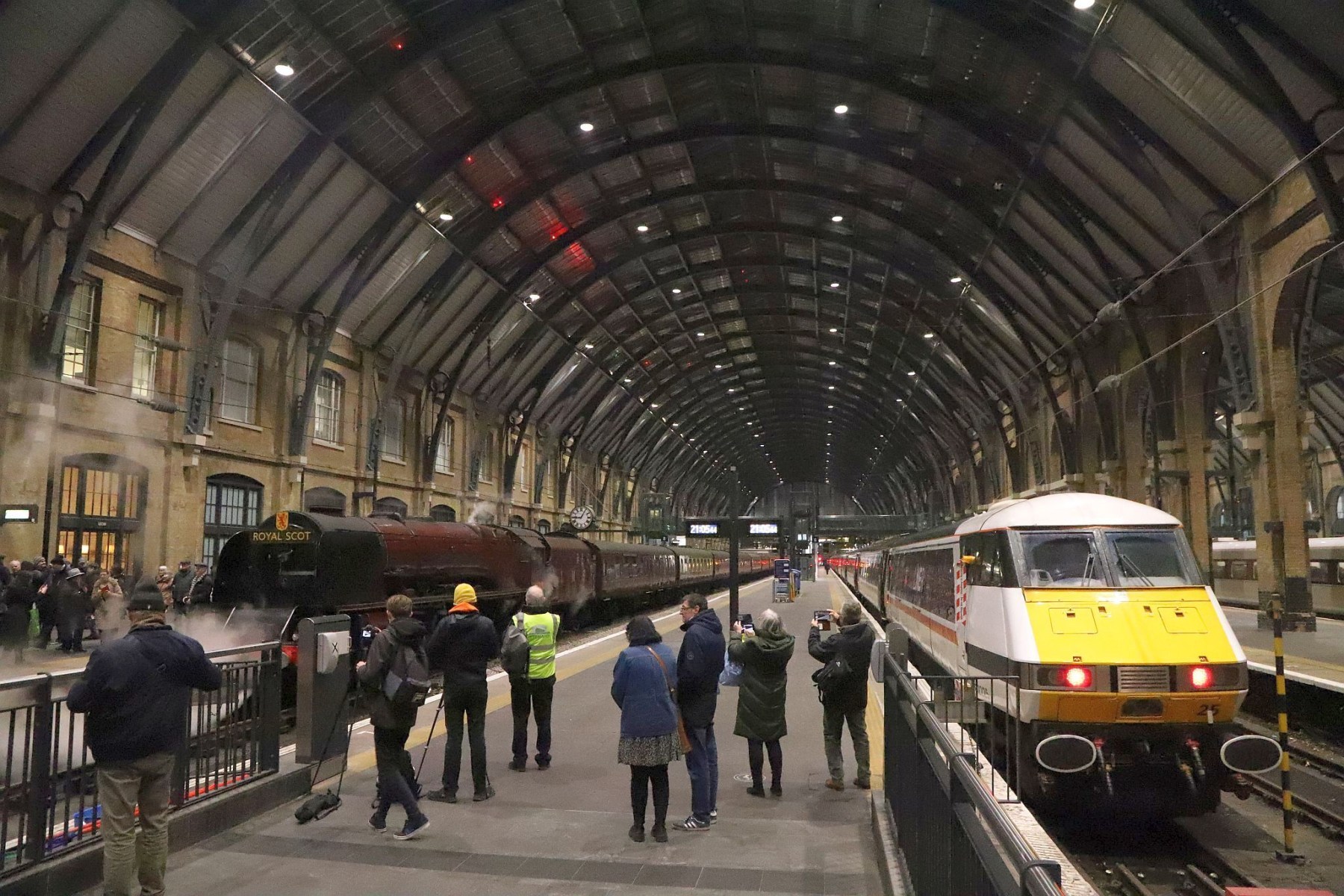 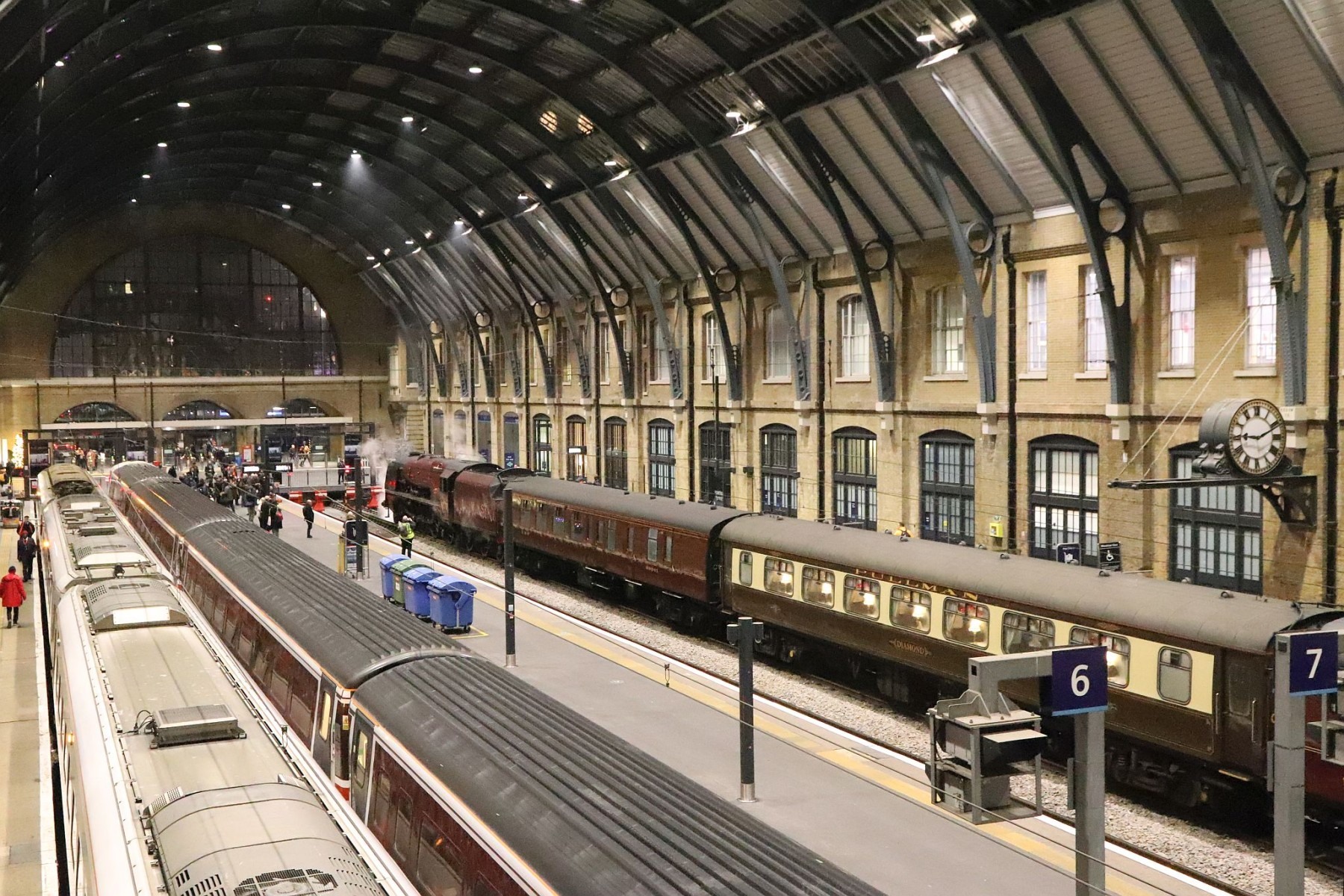 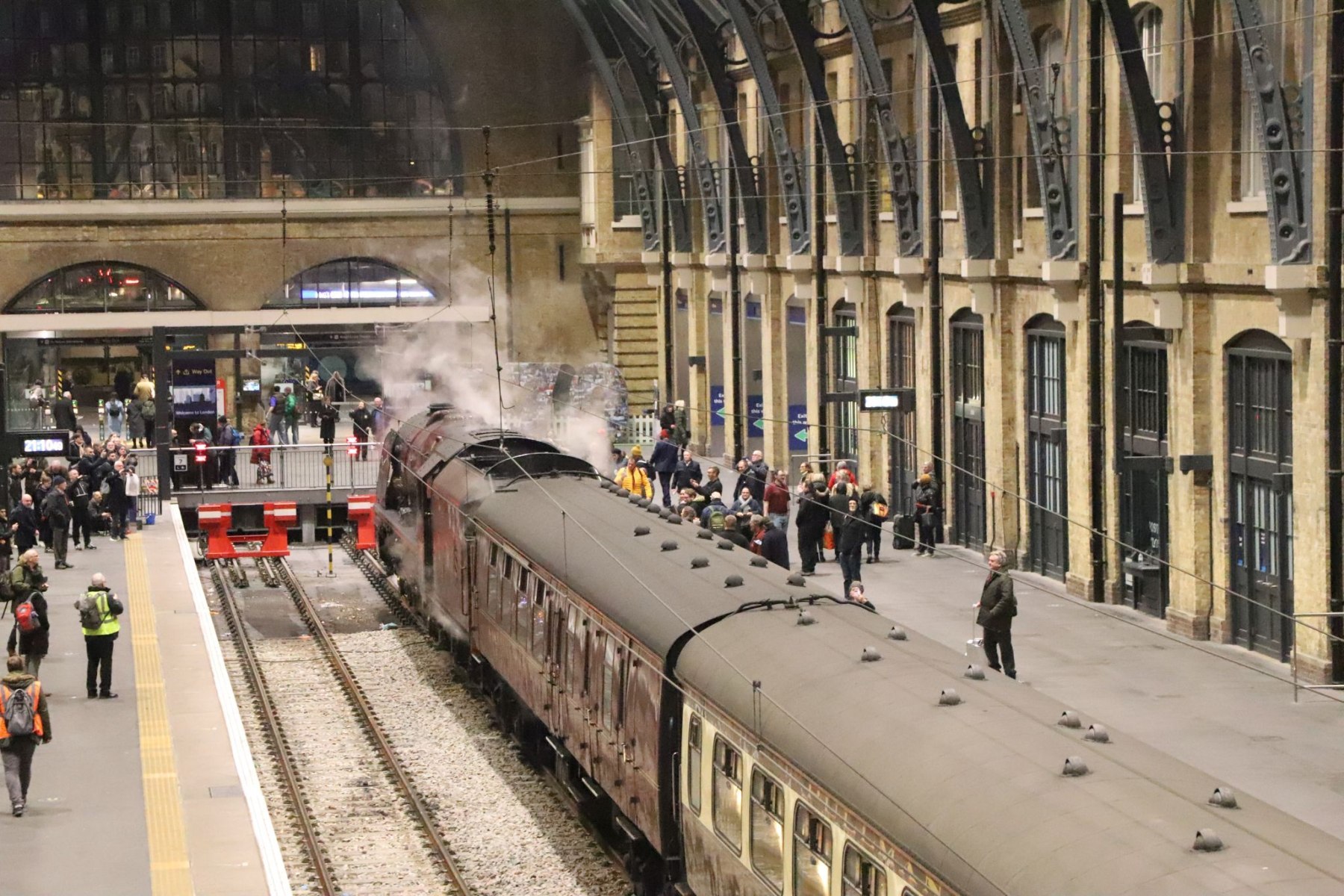 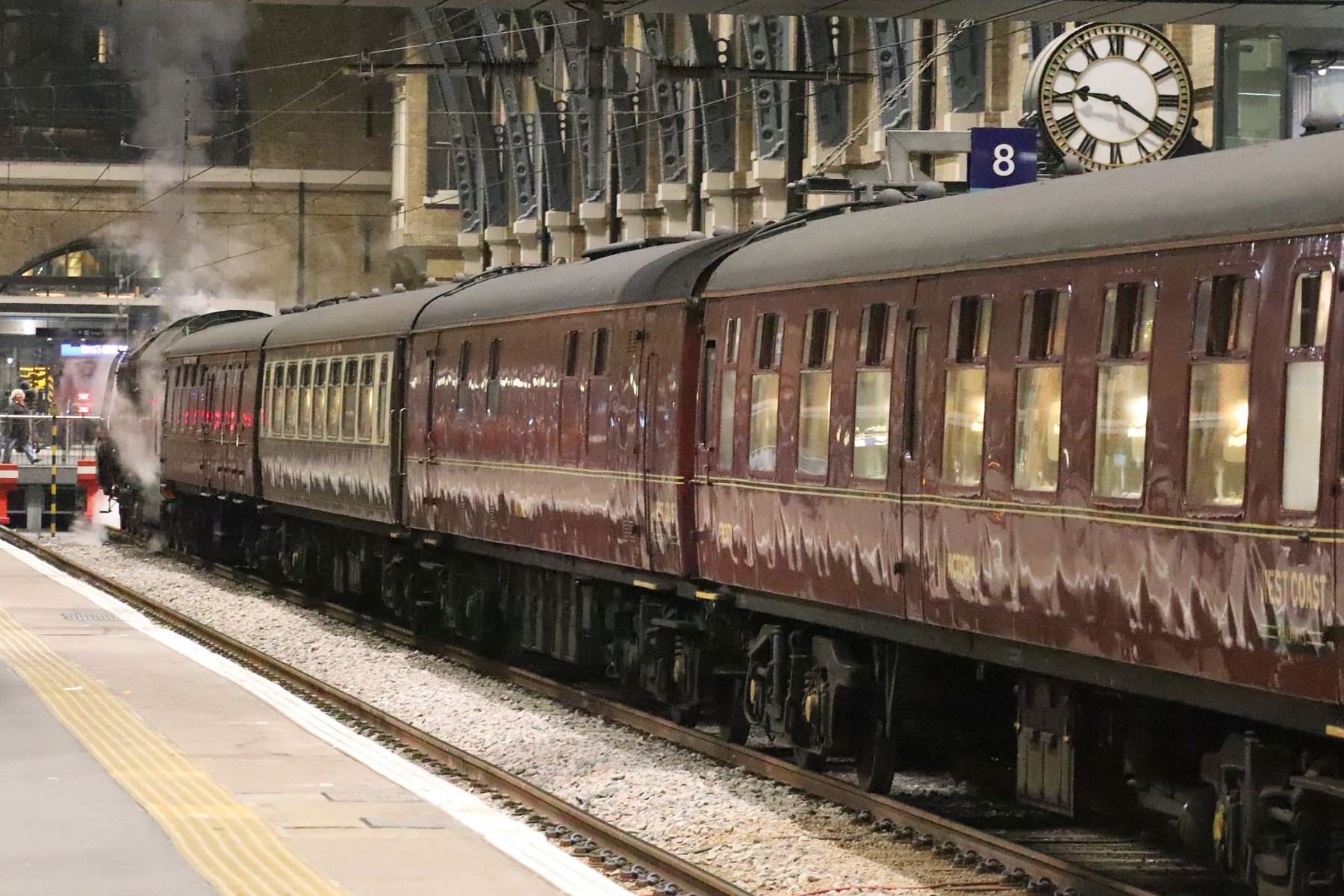 The steam locomotive was a real crowd puller. 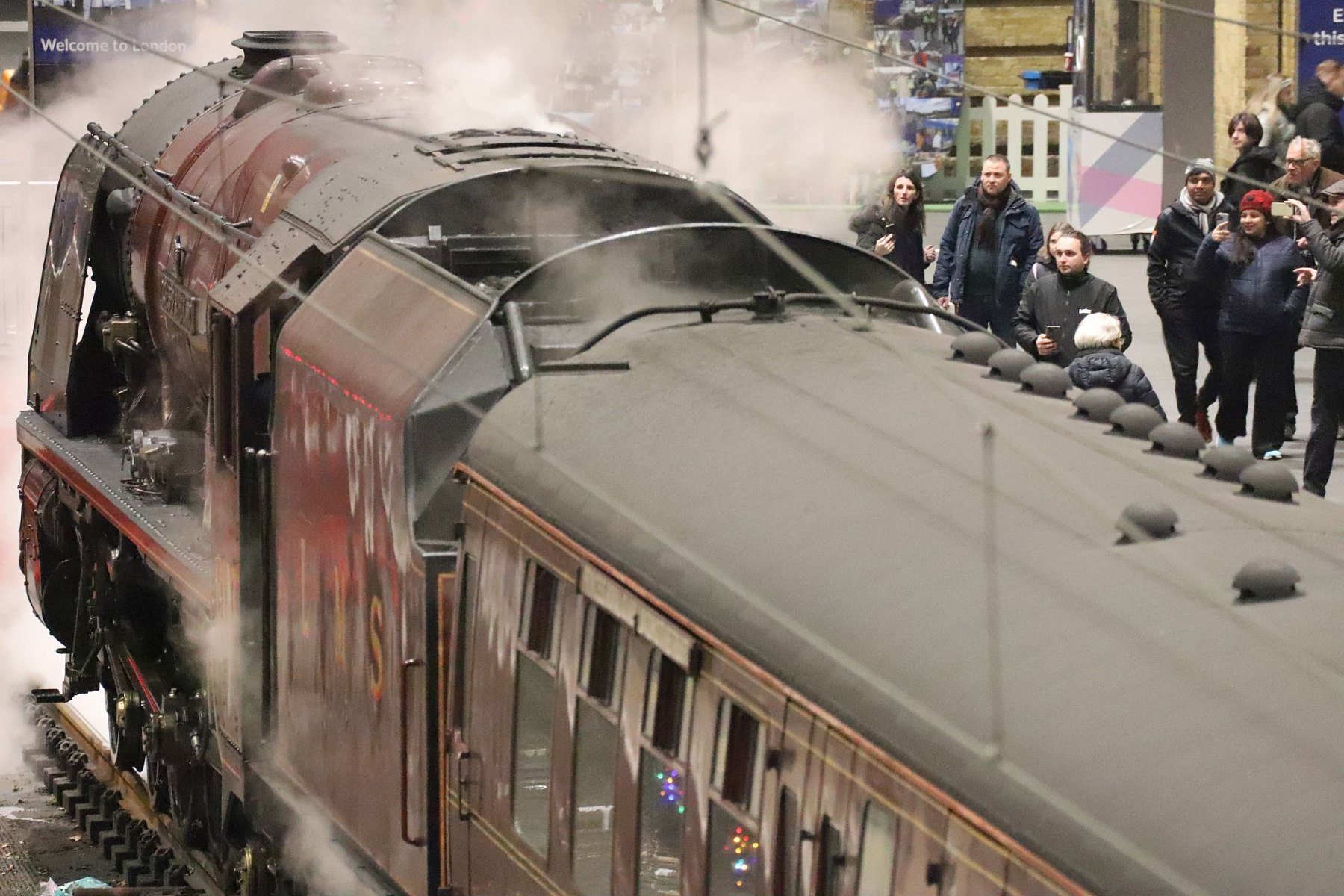 The train, having dropped off it’s passengers, headed back to the depot. 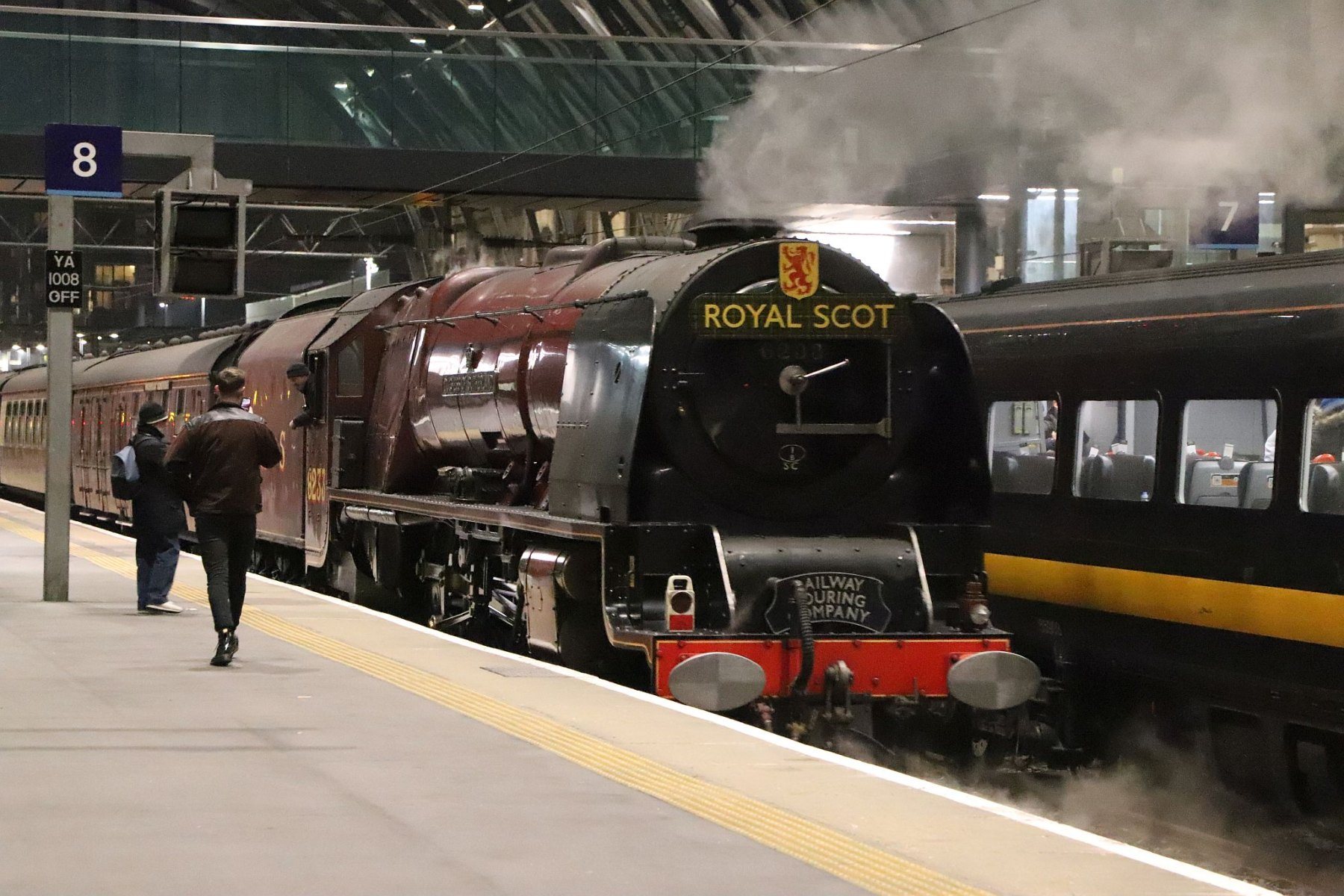