Late in the evening on 6th December 2022, LMS “Black Five” number 44871 brought The Railway Touring Company’s “Sherborne Christmas Carol” special train back into London Victoria having hauled it from Yeovil.

The LMS (London Midland Scottish) “Black Five” was a very successful design. It was known as the “Black Five” because they were painted black and were given a power rating of five, or more specifically 5MT for Mixed Traffic, meaning they could work on passenger or freight trains. 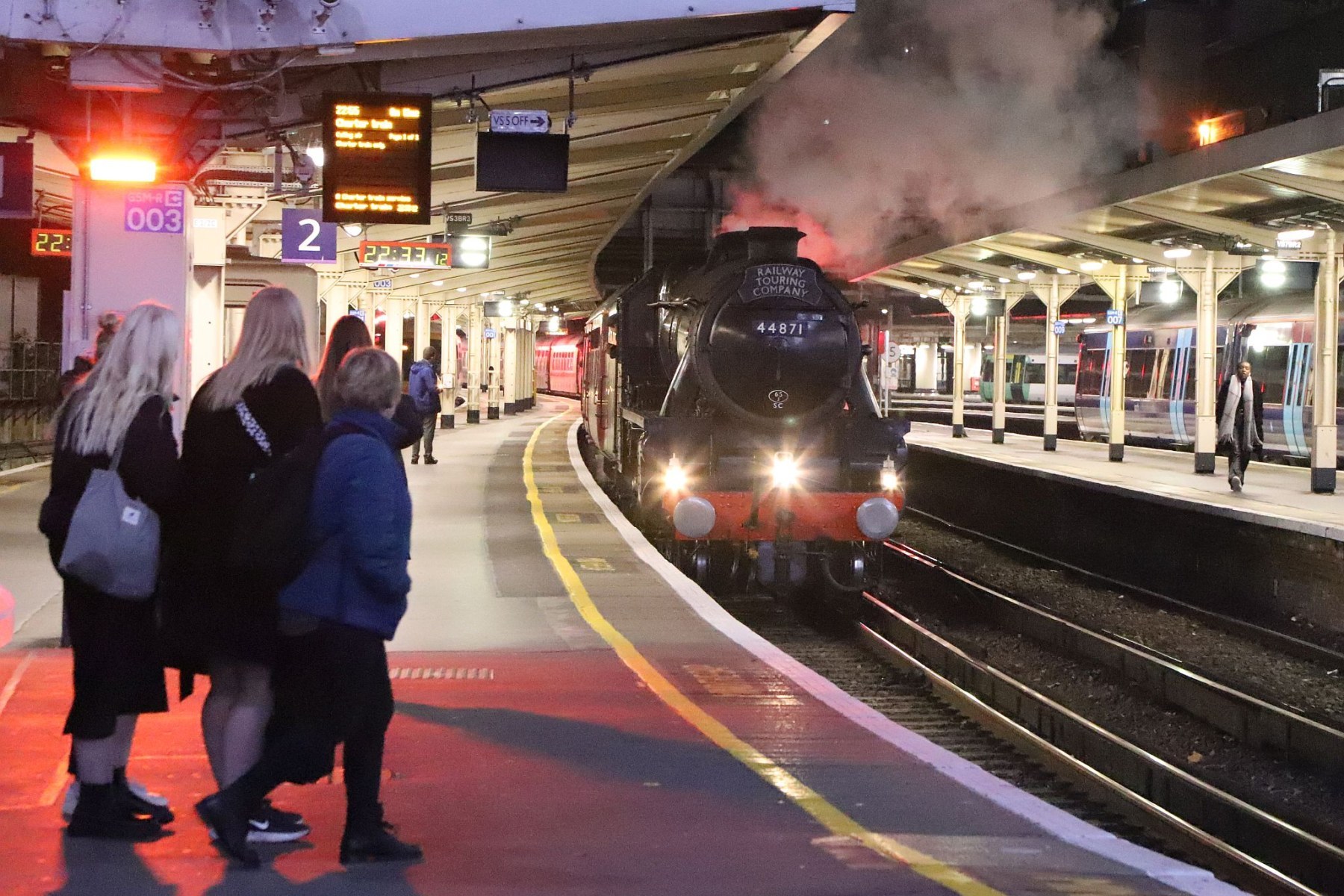 Locomotive 44871 sat gently simmering in platform 2 of London Victoria station, completely at home in a place it would not normally of visited in its working life, whilst the crew changed the lights from white to red for the journey backwards out of the station and back to the steam engine shed. 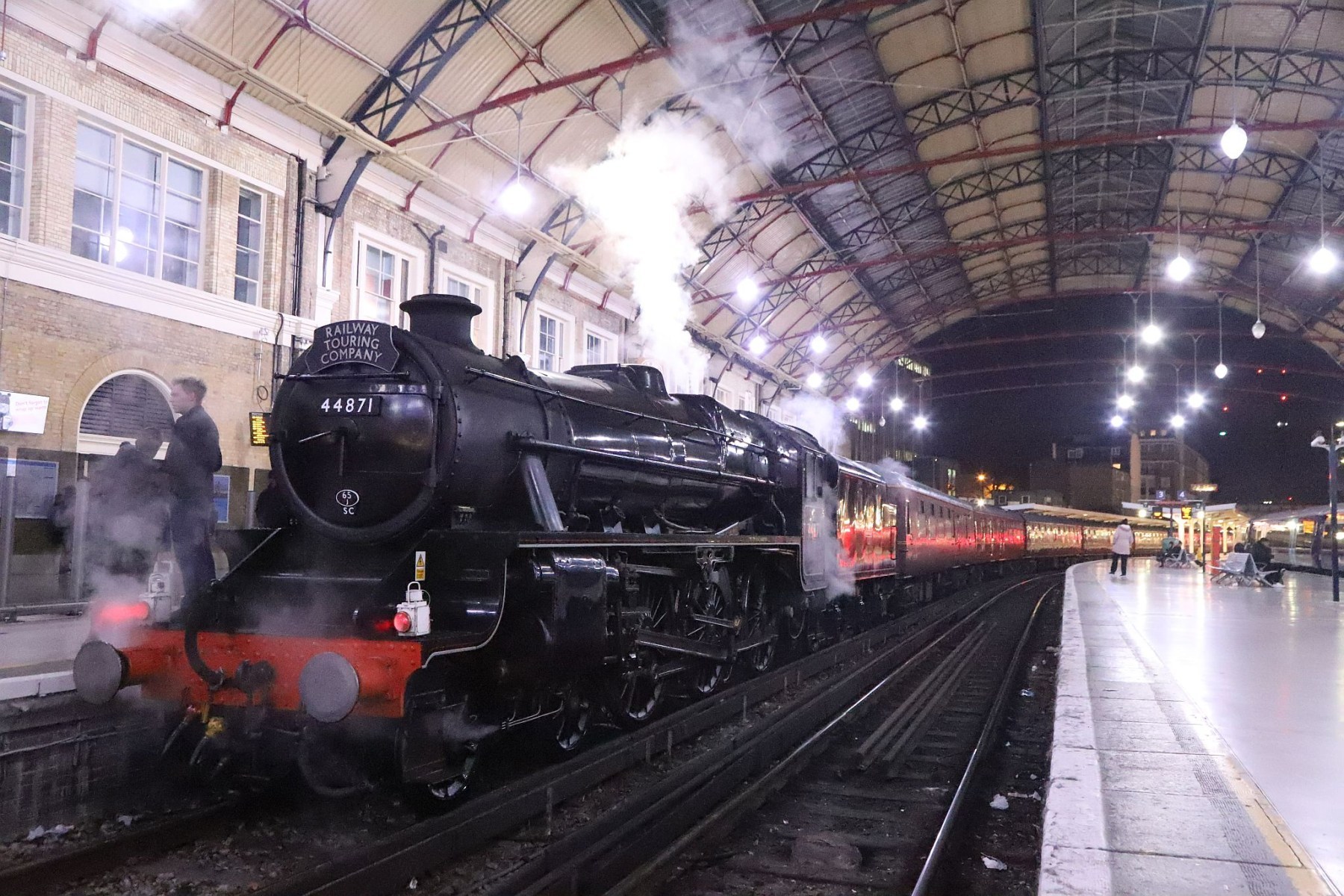 Steam condensing in the cold night air clung around the steam engine, the glow from the roaring firebox hinting at the tamed energy within. 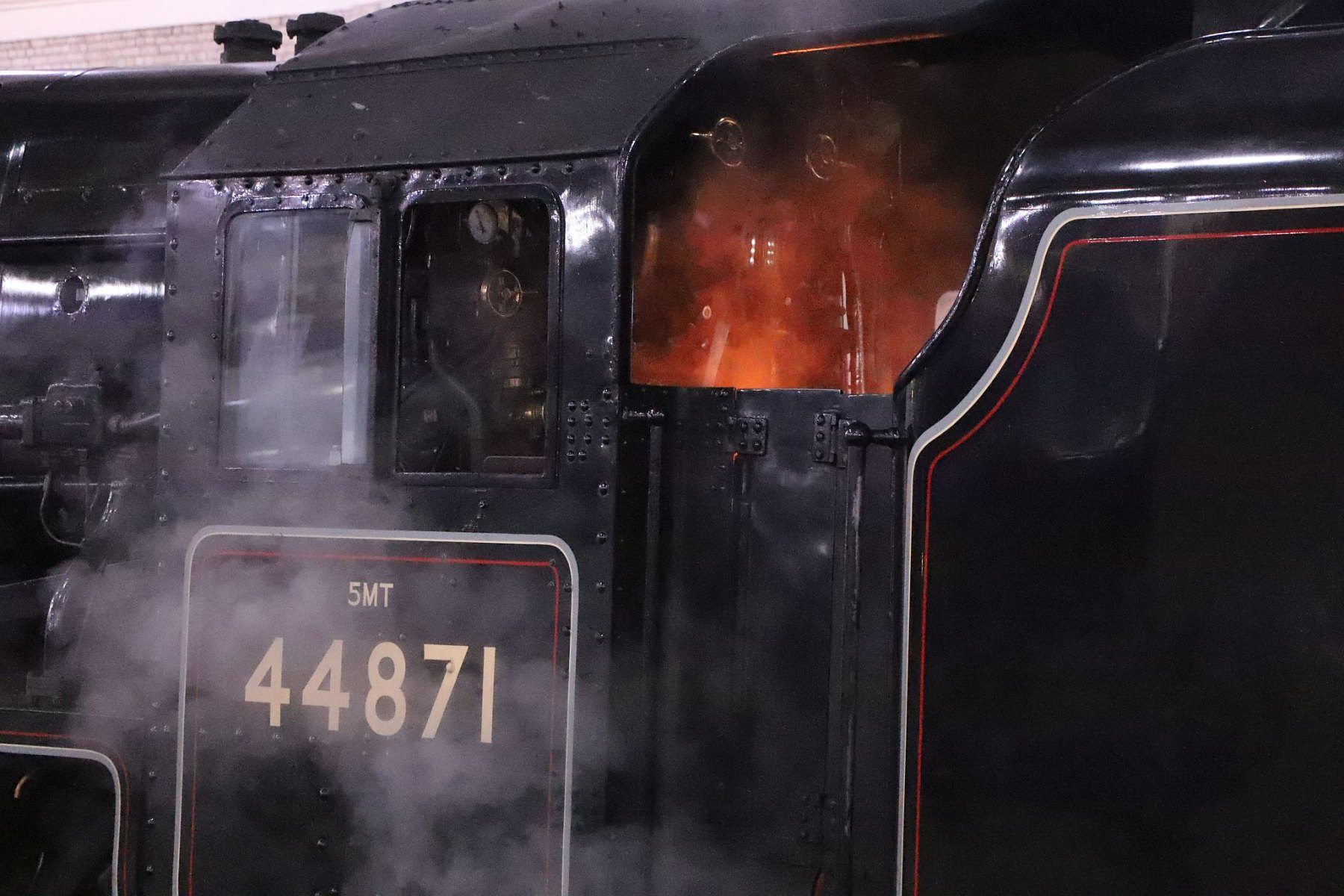 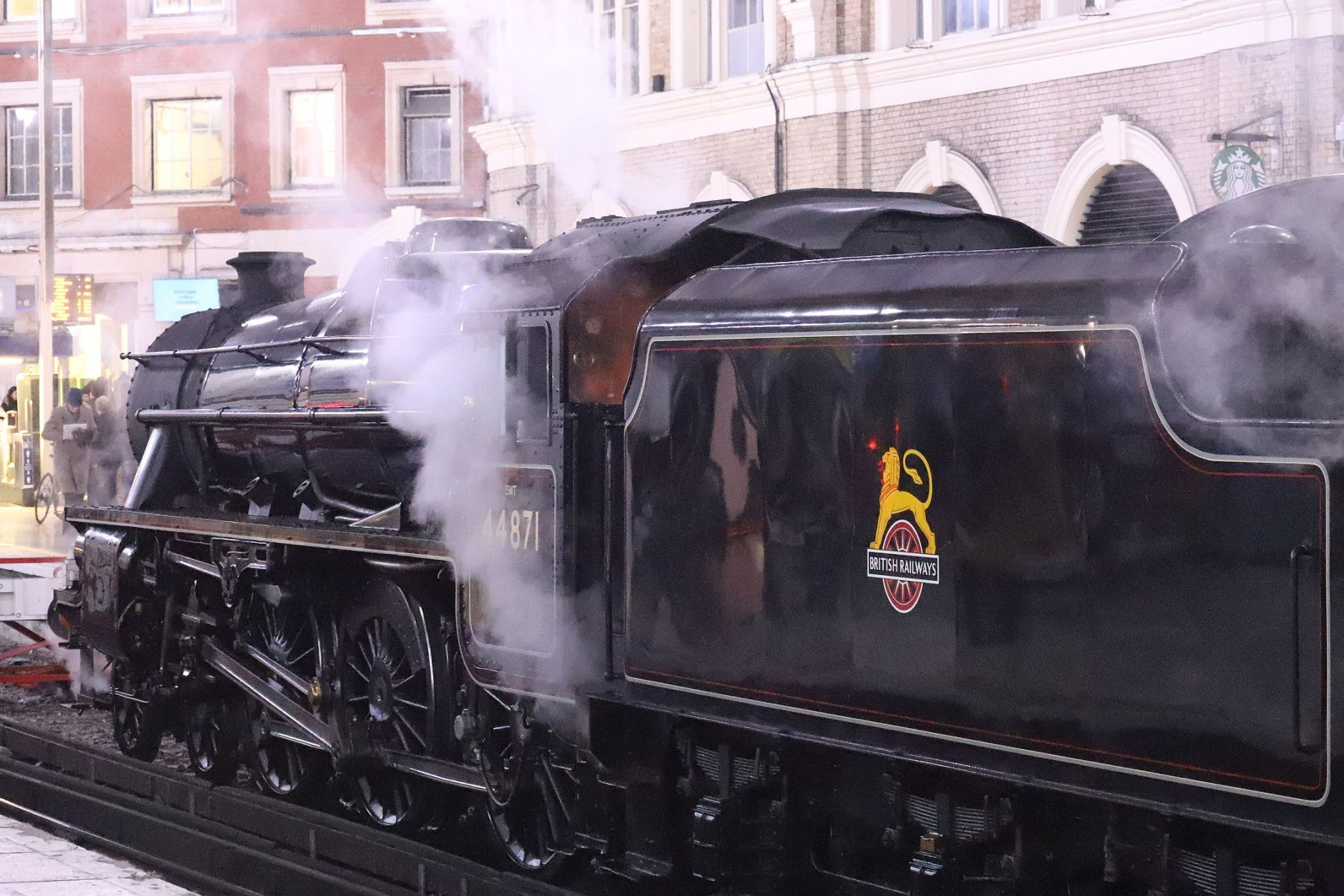 Then it was time for 44871 to depart into the night, dozens of mobile phones tracking its progress as it left London Victoria railway station, social media statuses updated before it was out of sight. 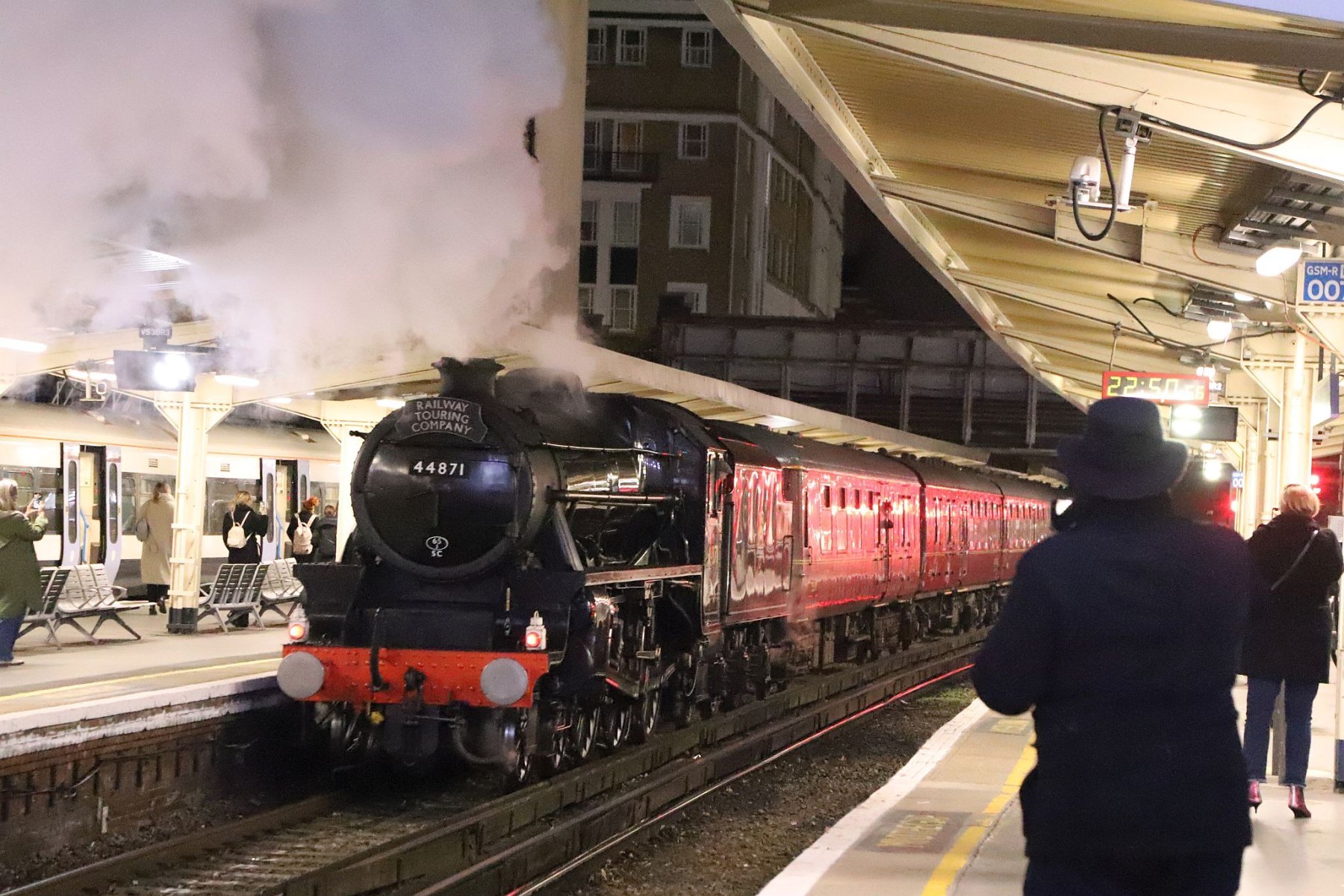