A Royal Proclamation at The Royal Exchange

On Saturday 10th September 2022, the Accession Council met to confirm King Charles III as the rightful sovereign on the death of his mother, Elizabeth II. After the process had been completed, a proclamation was made at Friary Court in St James’ Palace at 11:00.

One hour later, it was the City of London’s turn at midday with the same proclamation being read out by the Earl Marshall on the steps of the Royal Exchange, close to the Bank of England, in the City of London.

Once read to the assembled crowd, the band of the Honourable Artillery Company played the National Anthem – for most present it will of been the first time singing “God save the King”. Finally, three cheers were called for with the assembled dignitaries raising their hats. 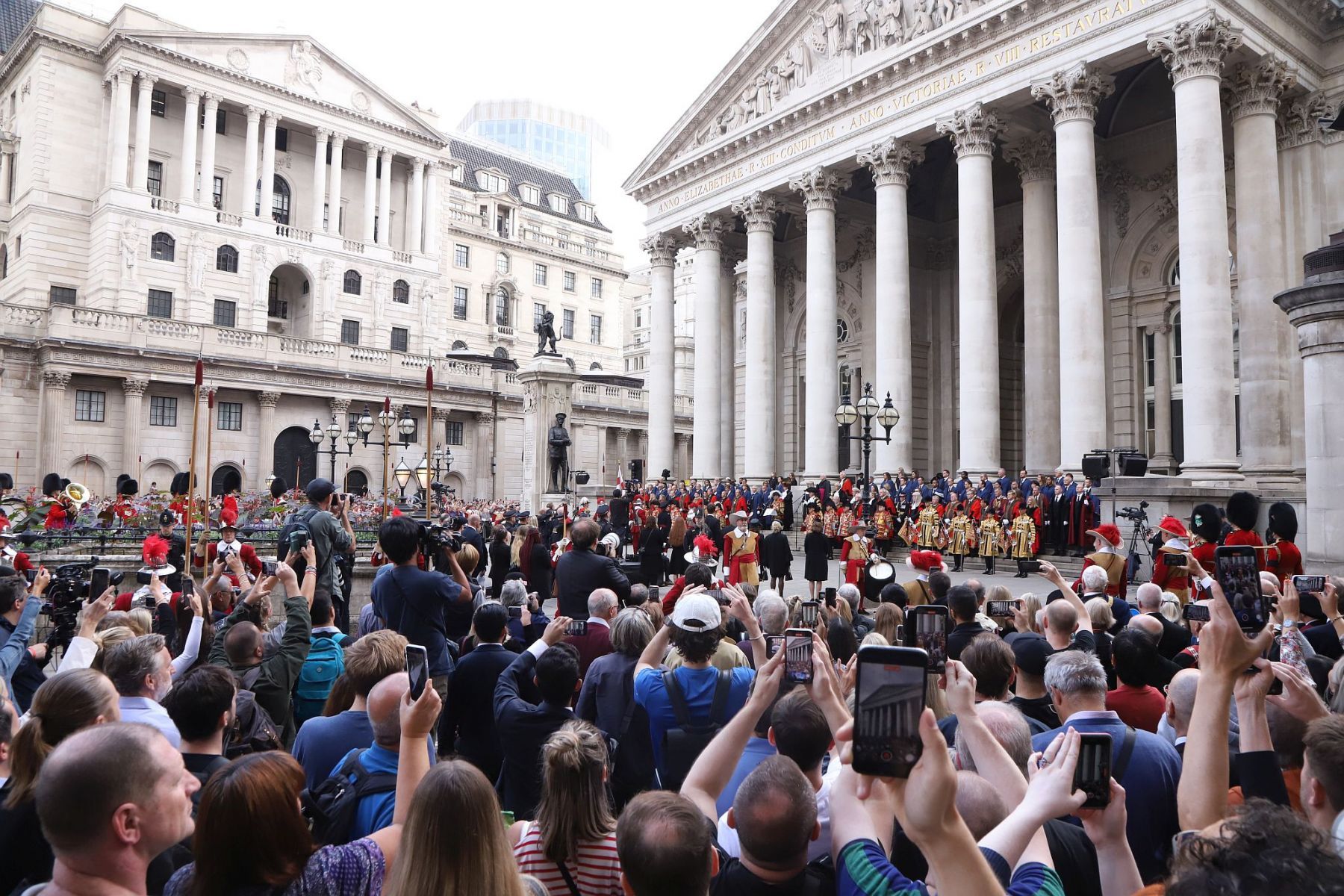 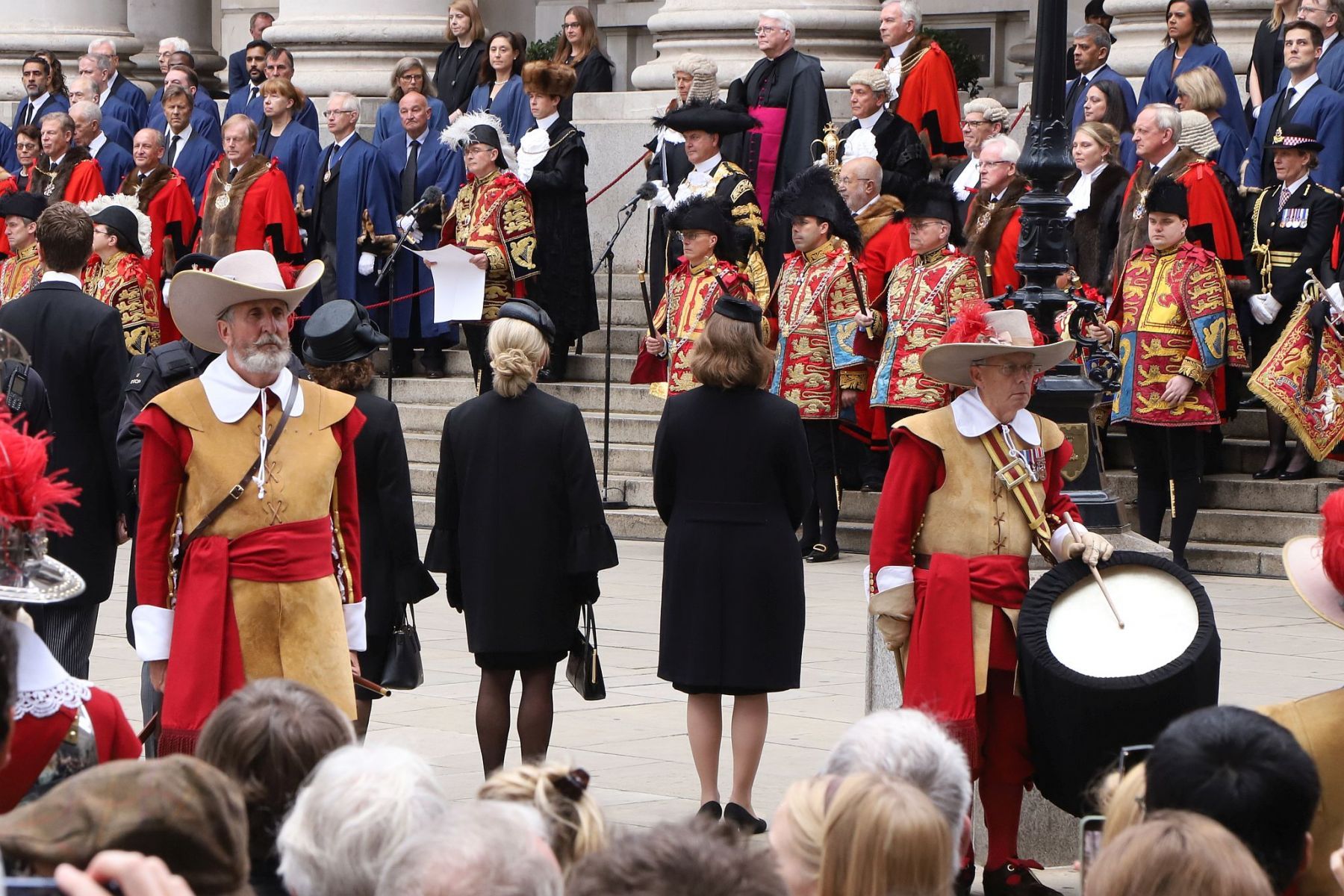 The Earl Marshall reads the Proclamation announcing King Charles III as the rightful sovereign on the death of his mother, Elizabeth II. To the right, in black, is the Lord Mayor of the City of London. The people in the foreground in Tudor uniform are members of the Company of Pikemen and Musketeers, part of the Honourable Artillery Company – note the drum wrapped in black. 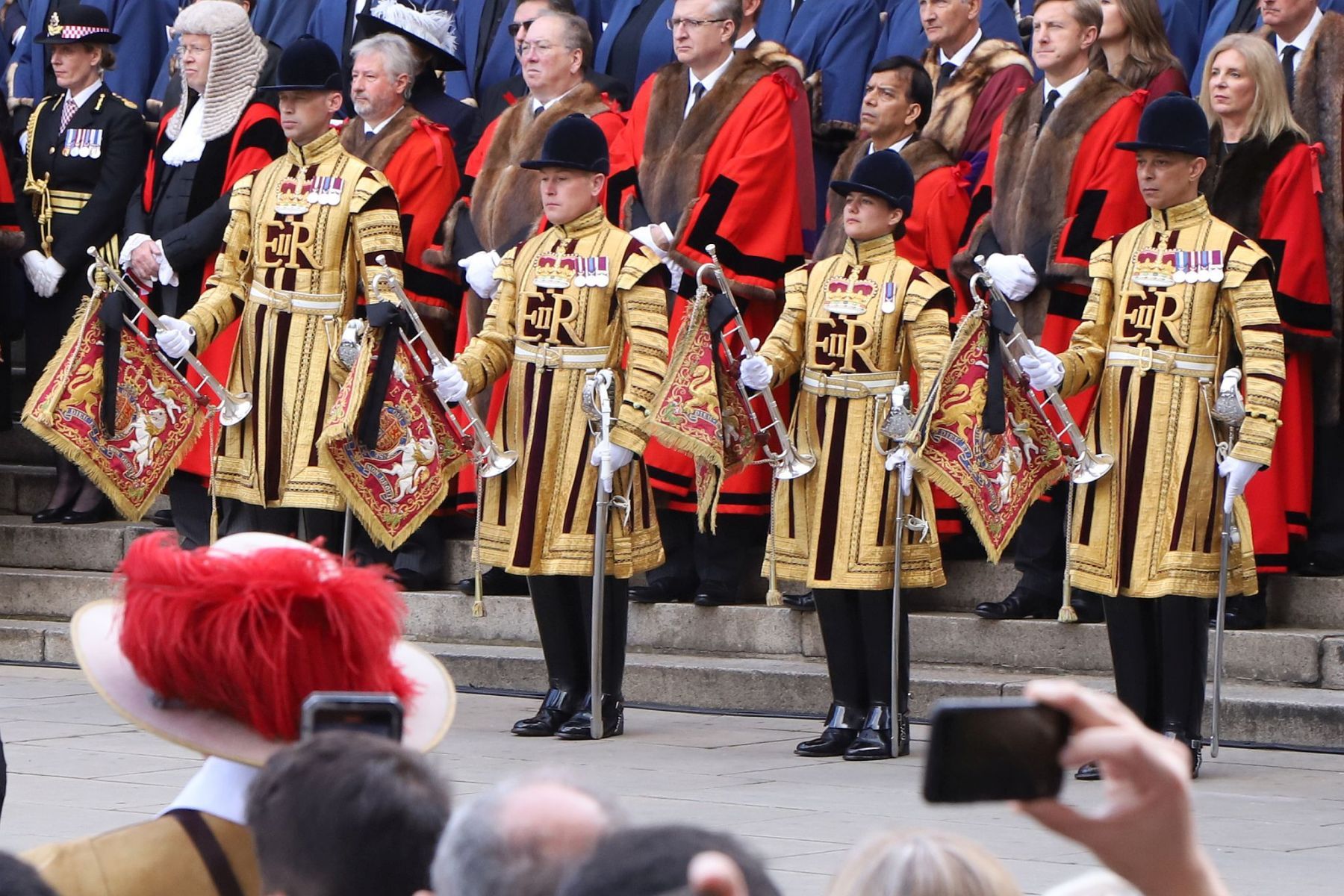 State Trumpeters from the Household Division, note the black mourning bows. Elizabeth II’s Royal cipher of EIIR on the front of their uniforms will be replaced in time once a new version has been designed for Charles III. 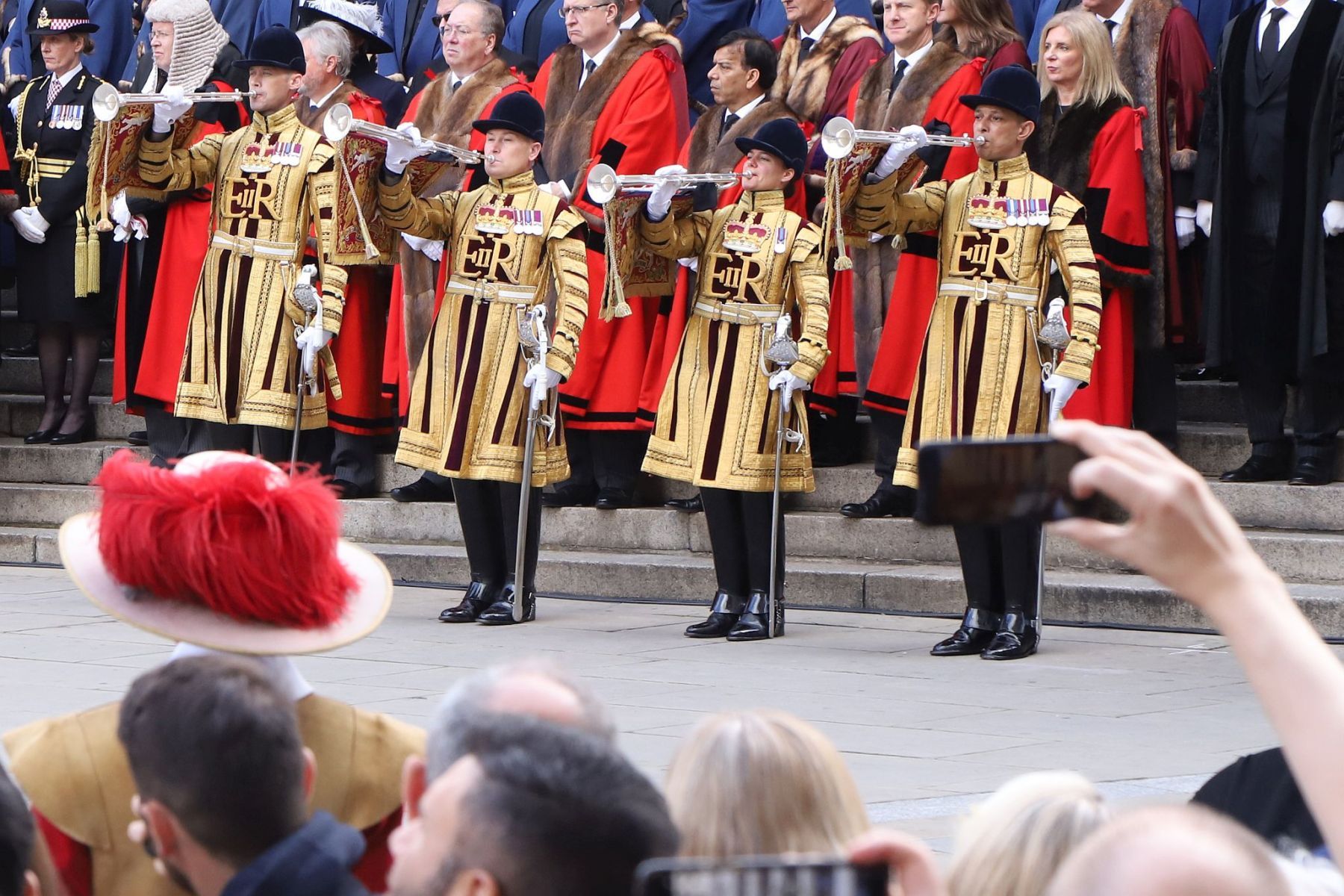 A fanfare is played by State Trumpeters from the Household Division. It was answered with a return fanfare by trumpeters down towards the Mansion House. 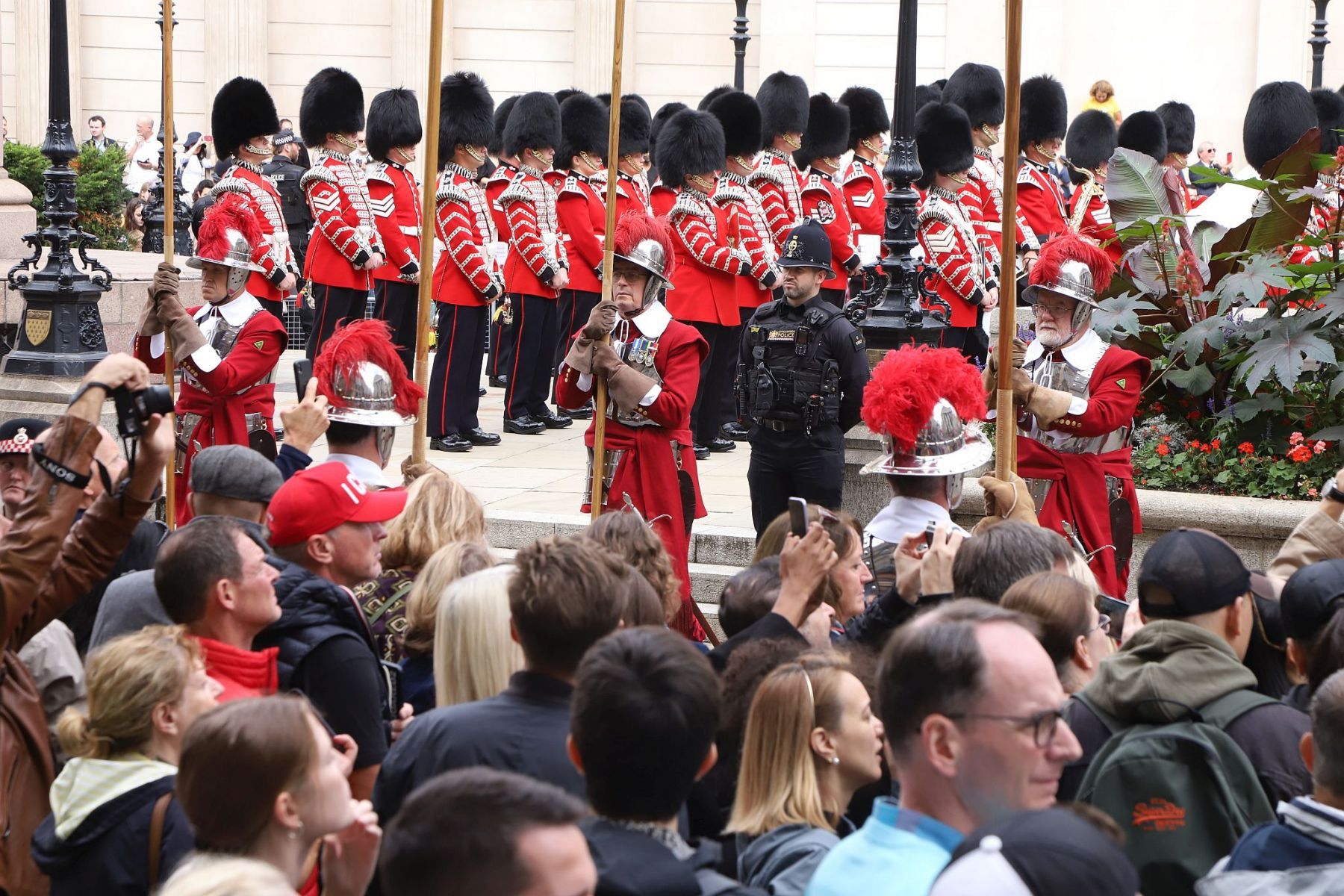 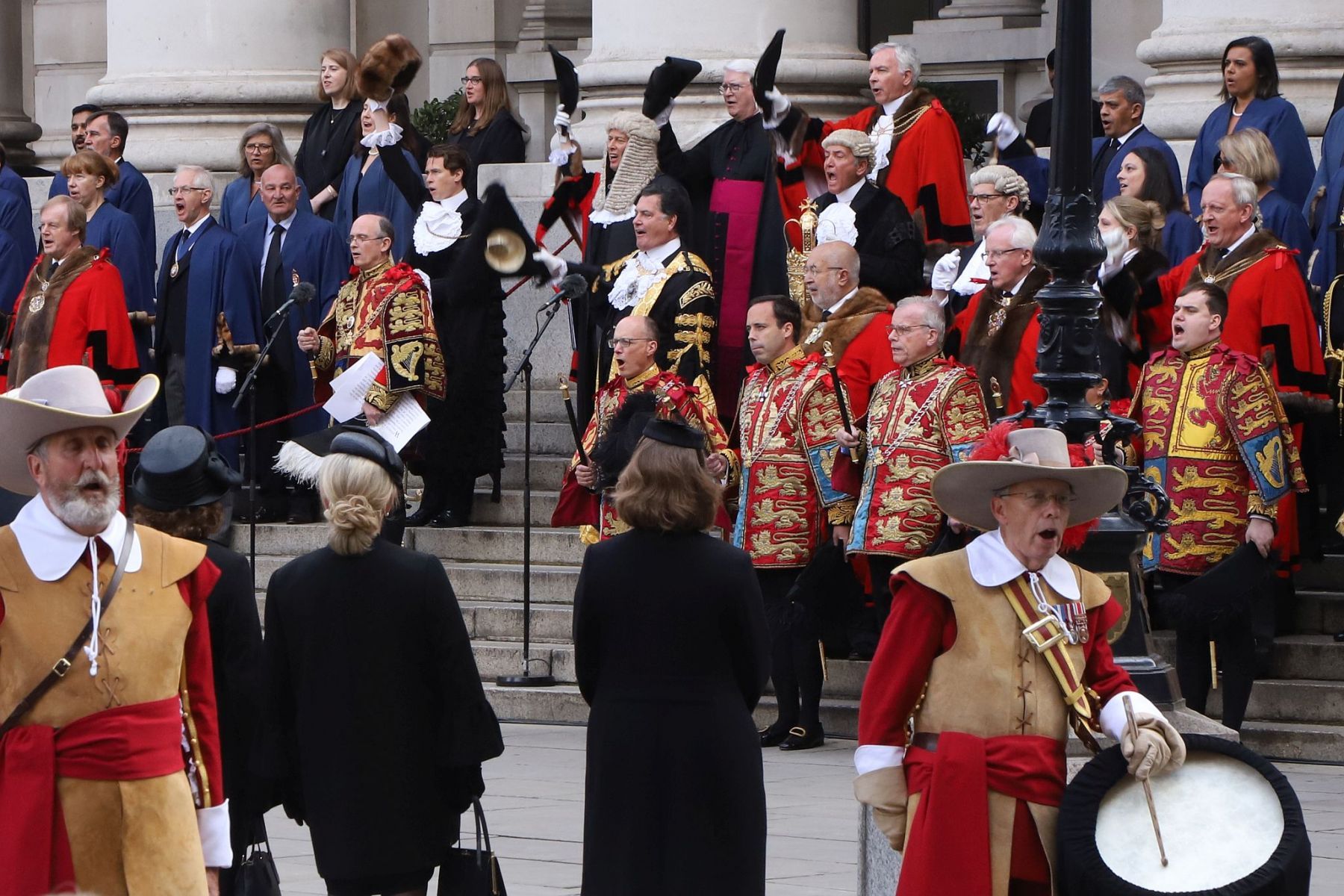 The Lord Mayor of the City of London waves his hat in time to the three cheers. 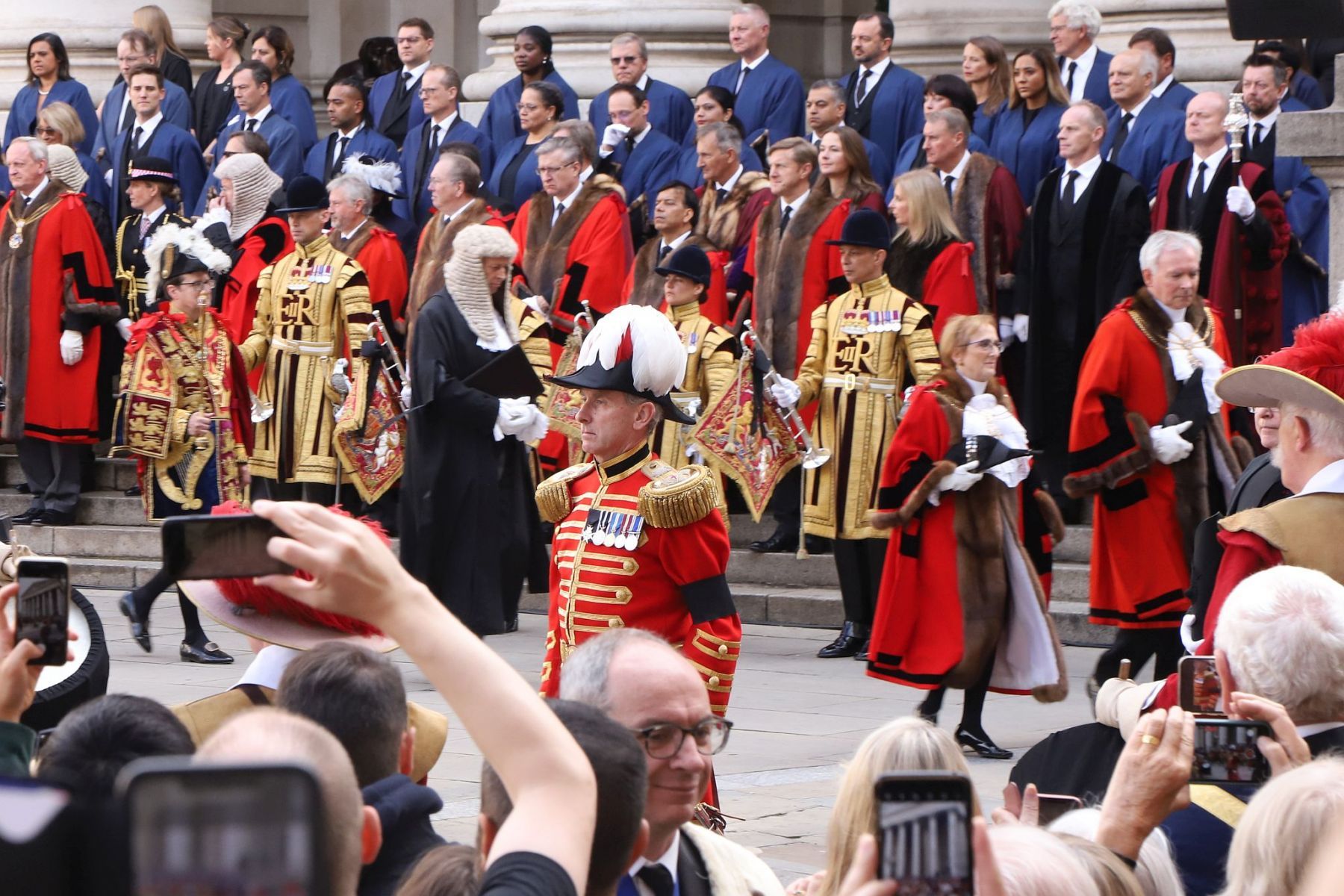 The City Marshall leads the procession back to the Mansion House, the Lord Mayor’s official residence. Note the black mourning band. 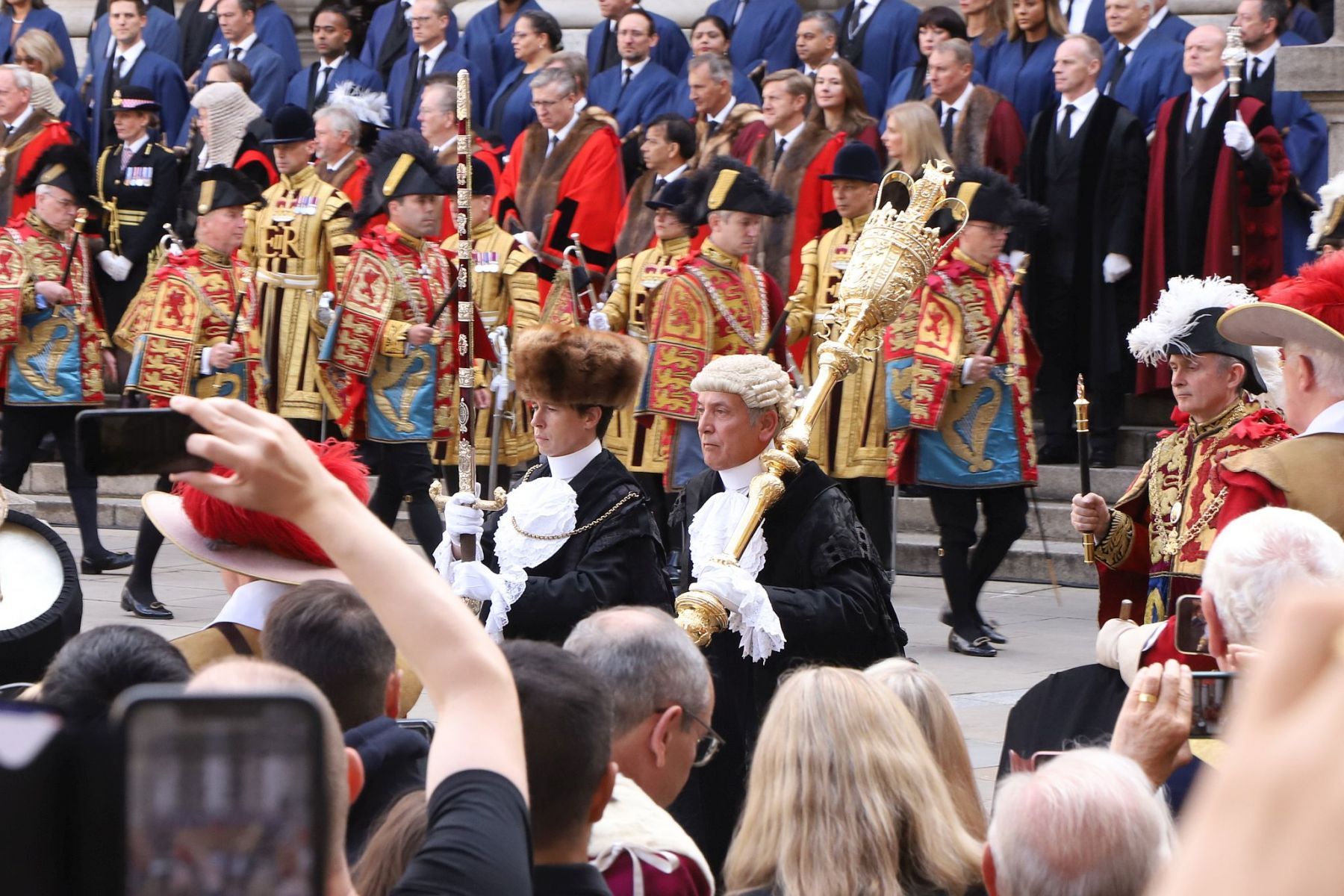 The Lord Mayor’s Sword Bearer and Mace Bearer walk back to the Mansion House. 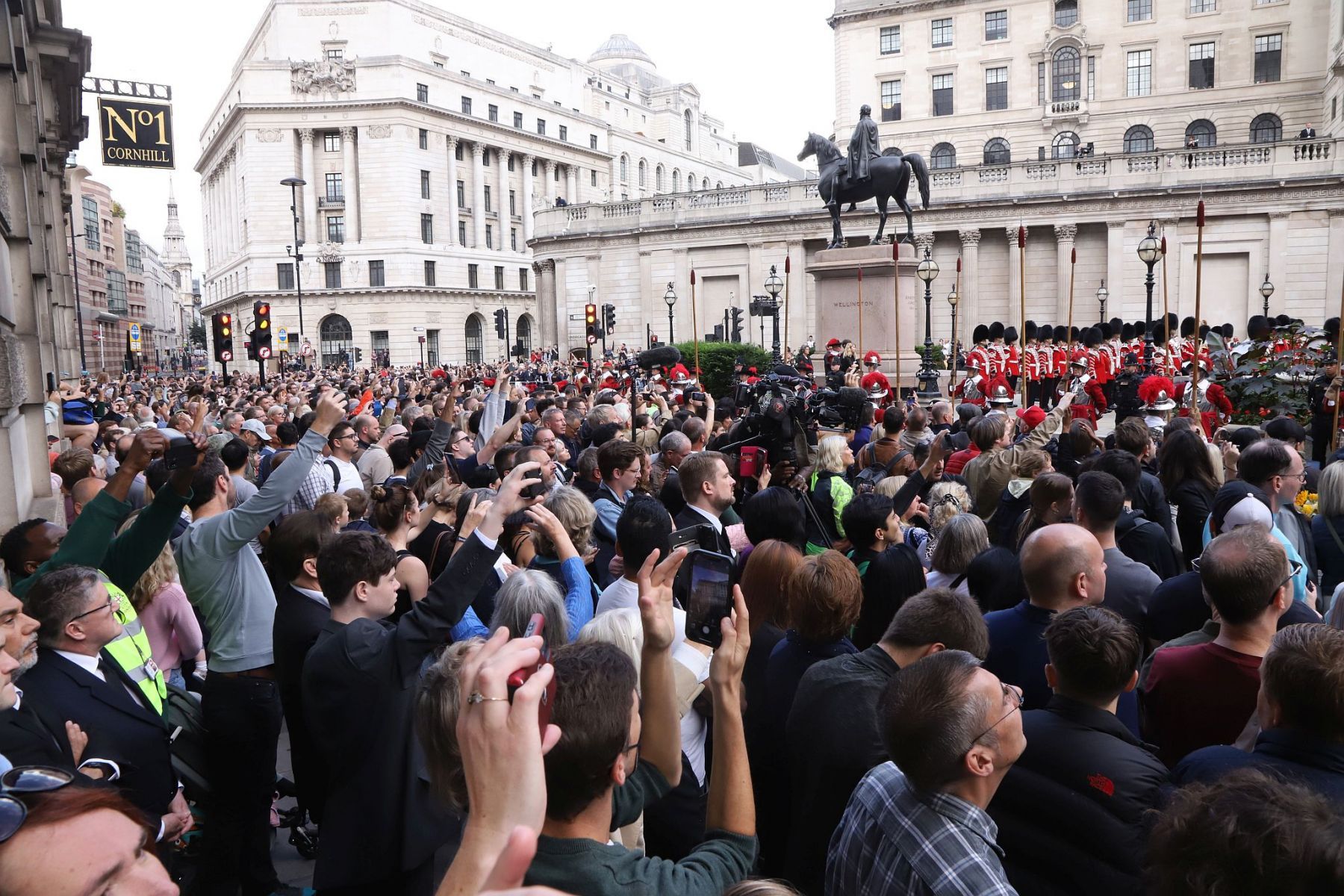 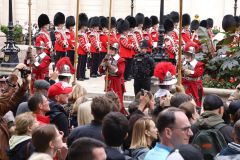 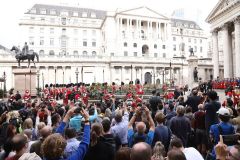 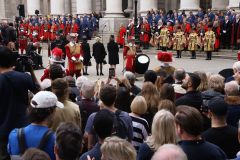 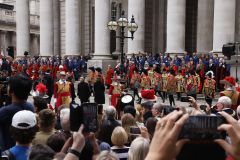 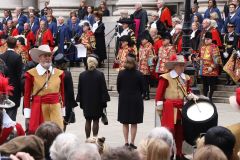 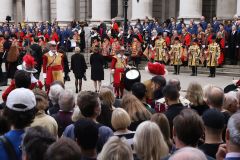 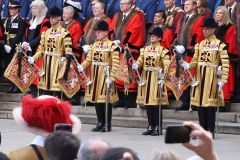 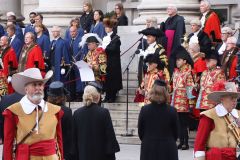 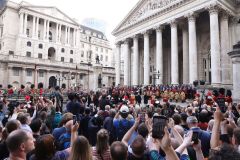 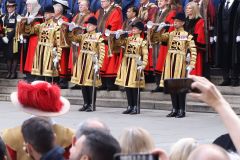 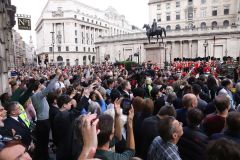 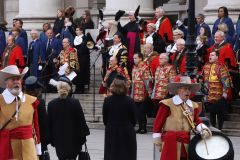 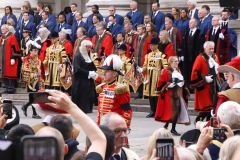 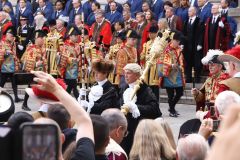