Highgate Cemetery is a large cemetery in North London that was built to take London’s dead when London’s churchyards could no longer cope with the expanding population. It is one of London’s “Magnificent Seven” cemeteries, built in the Victorian era, but which became neglected and overgrown by the late 20th century.

Today, with a lot of care, Highgate cemetery is both an historic site and wildlife haven.

Within Highgate East Cemetery can be found Fireman’s Corner, one of London Fire Brigade’s memorials to those lost on duty.

It is to be found down a short path in a tranquil woodland glade where sunlight filters through the trees casting an ever changing pattern of shadow and light accompanied by a random soundtrack of songbirds. Every year in June, the Fire Brigade Chaplains hold a memorial service in the open air with a small congregation to remember Firefighters lost on duty.

Close to the the Fireman’s Corner memorial can be found the family grave of Sir Eyre Massey Shaw, the first Chief Officer of the Metropolitan Fire Brigade when it was created in 1866 and the forerunner of today’s London Fire Brigade.

Slightly to the North West of Fireman’s Corner, there is a prominent memorial which can be seen from the path, decorated with stone carvings of a brass helmet, branch (hose) and axe. It remembers two firemen, Thomas George Ashford and Henry Berg, who were killed in the Alhambra Theatre Fire on 7th December 1882.

It is thought possible that the sculpted features may of come from the original Fireman’s Corner memorial that was replaced in the 1930s by the current one.

Close to the Alhambra Theatre Fire Memorial, is the gravestone marking the last resting place of Richard Long and Joseph G Thatcher, both of whom were killed in 1888.

Highgate Cemetery is open to visit, check their website for details. The map below shows the Fire Brigade sites, it is easiest to start at Fireman’s Corner.

Photographs in the gallery below were taken at the 2022 service on 10th June. 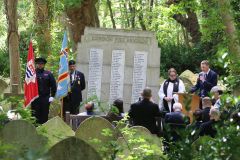 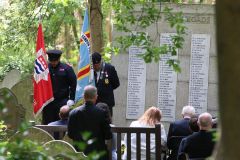 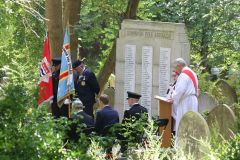 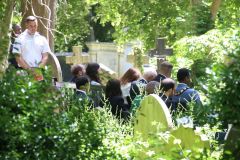 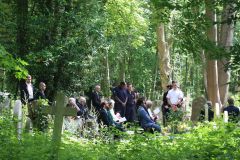 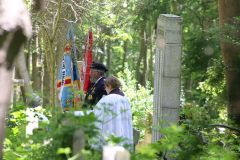 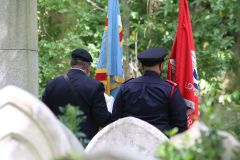 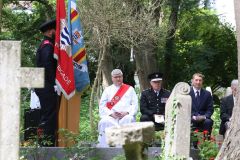 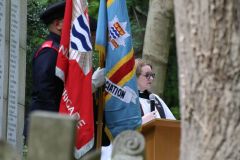 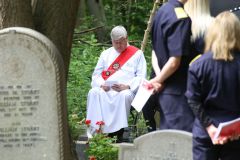 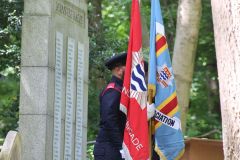 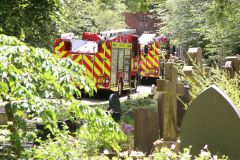 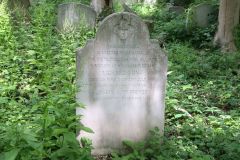 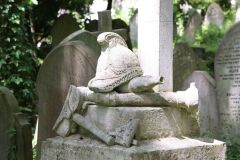 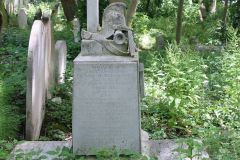 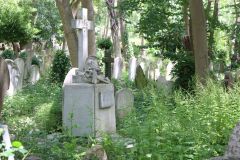 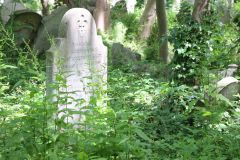 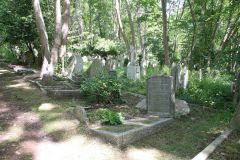 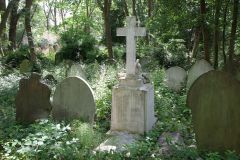 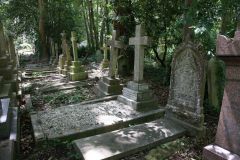 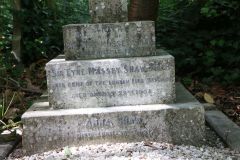 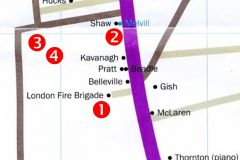