On 19th September 2022, the Dutch sailing ship “Stad Amsterdam” was moored at George Stairs, off Shad Thames which is adjacent to Tower Bridge in London.

“Stad Amsterdam” – “City of Amsterdam” – is a three masted clipper sailing ship 76 metres in length which was built in 2000 to take up to 28 cruise passengers at a time, in 14 cabins, across the world. Whilst not a replica, the ship is based on the mid-19th century frigate “Amsterdam”.

You can read more on the Stad Amsterdam website and the Wikipedia page. 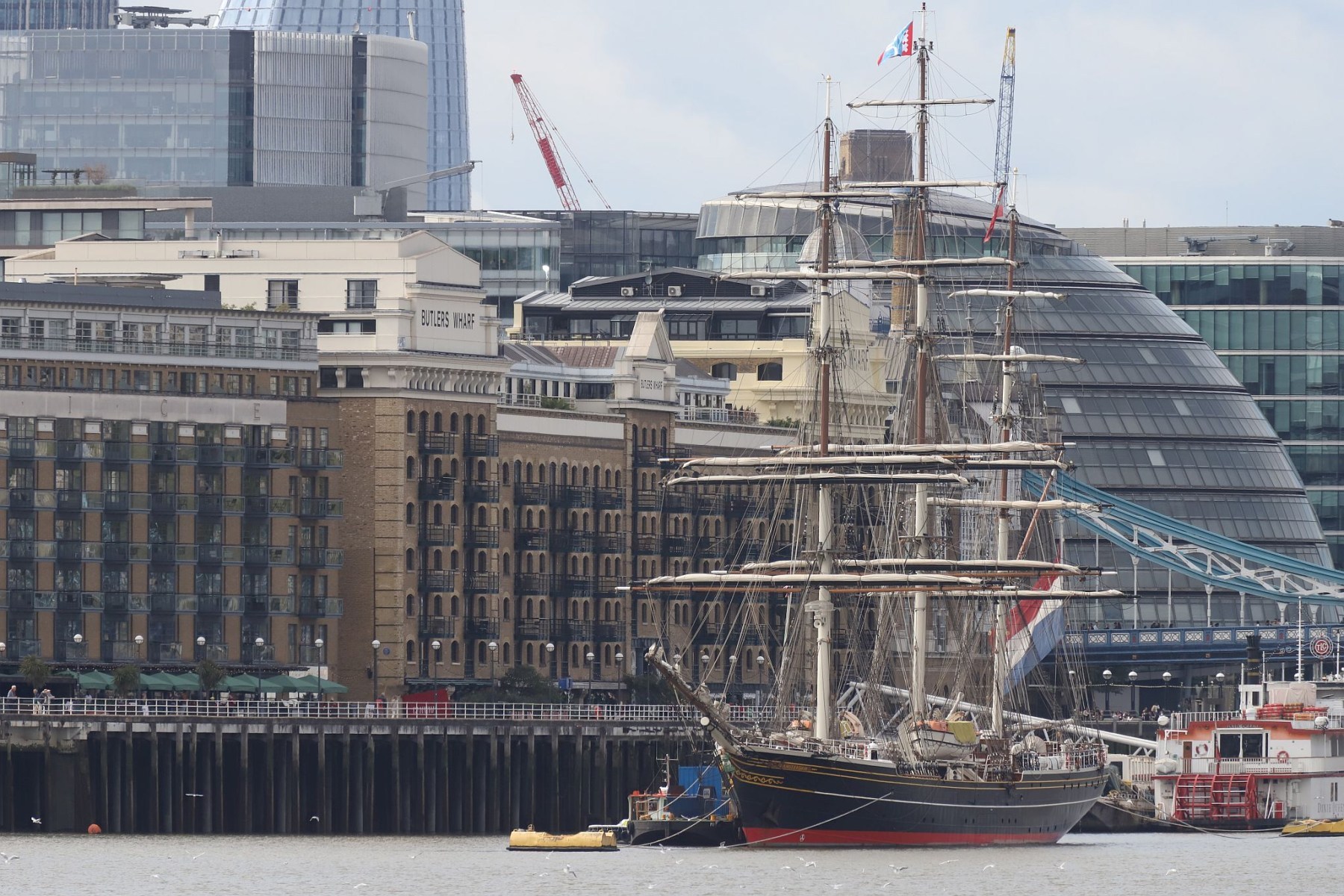 Tenacious, owned by the Jubilee Sailing Trust, is purpose built to enable people of all abilities to take an active part in sailing the ship.
Read More

The Swedish cargo ship “Fure Vinga” was an unusual sight to be seen tied up alongside HMS Belfast in early June 2022.
Read More

The RRS Sir David Attenborough is operated by the British Antarctic Survey and was seen passing Woolwich in filthy weather on 31-Oct-2021.
Read More