Ships normally leave their moorings at HMS Belfast in reverse. The ships are taken backwards at walking pace to Wapping, just over a mile downstream from Tower Bridge. On reaching Wapping, the ships are turned around by their tugs. Once that manoeuvre is completed the tugs are and the ship heads for the North Sea under their own power with a Port of London Authority Pilot onboard.

You can read more on the Wikipedia page. 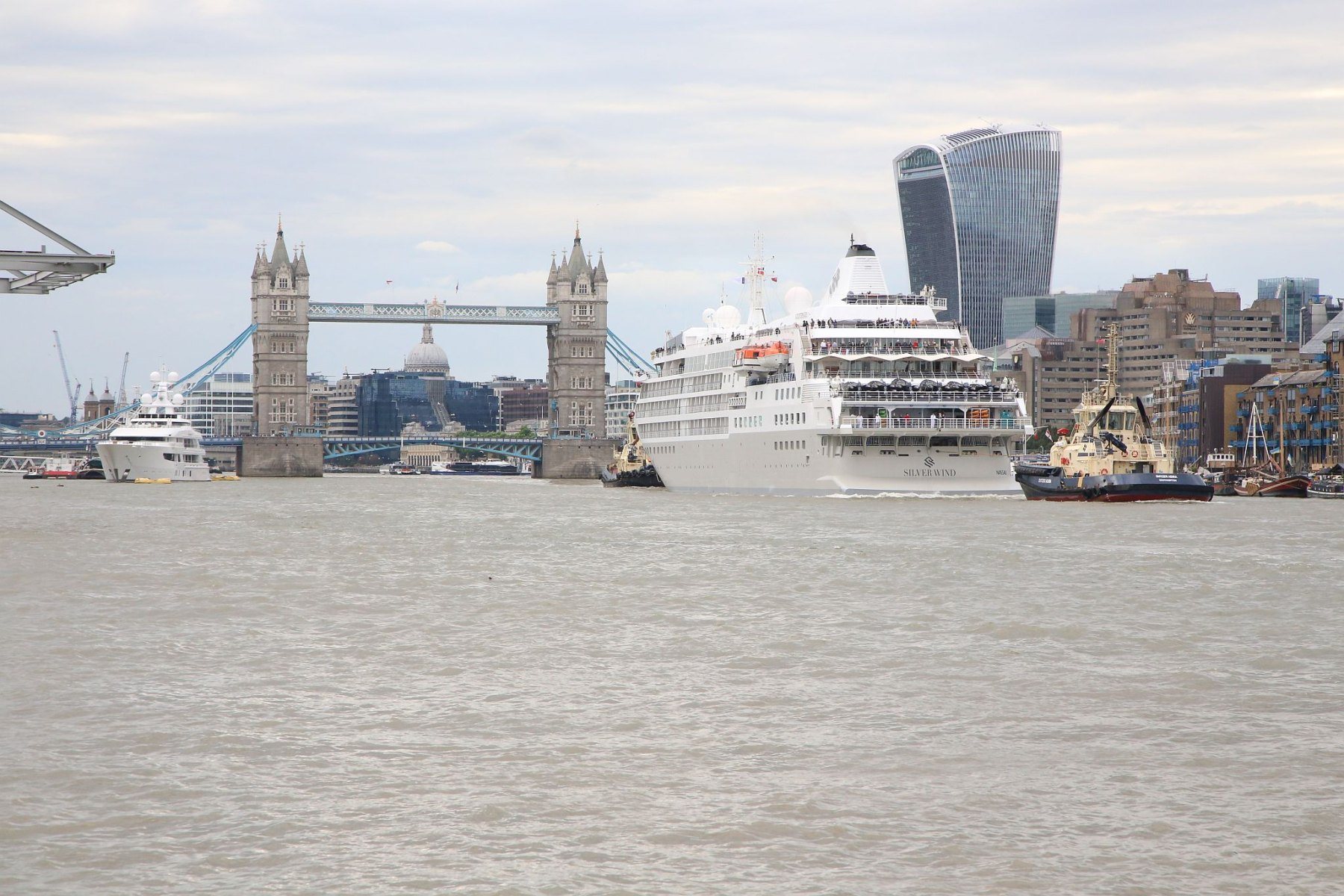 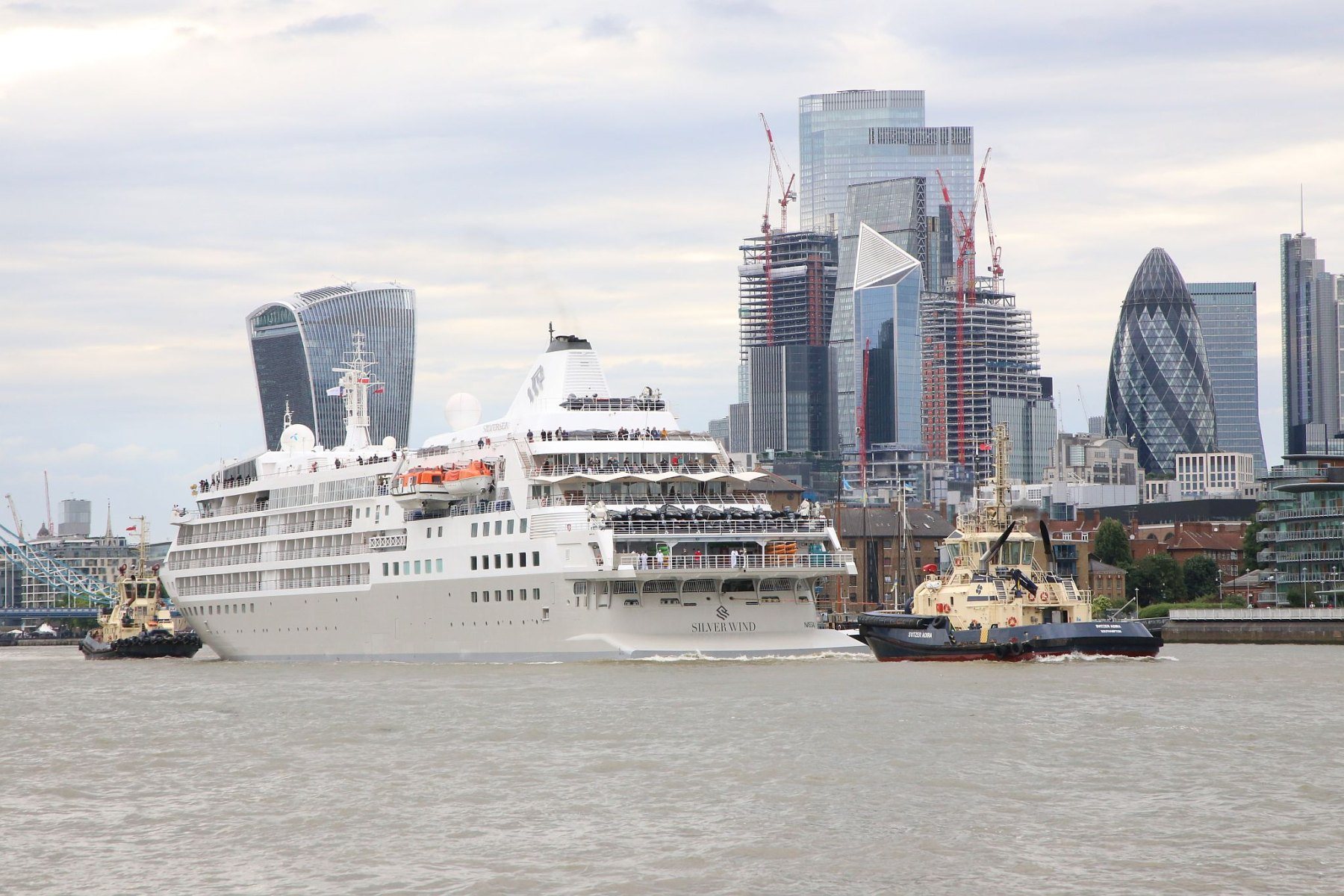 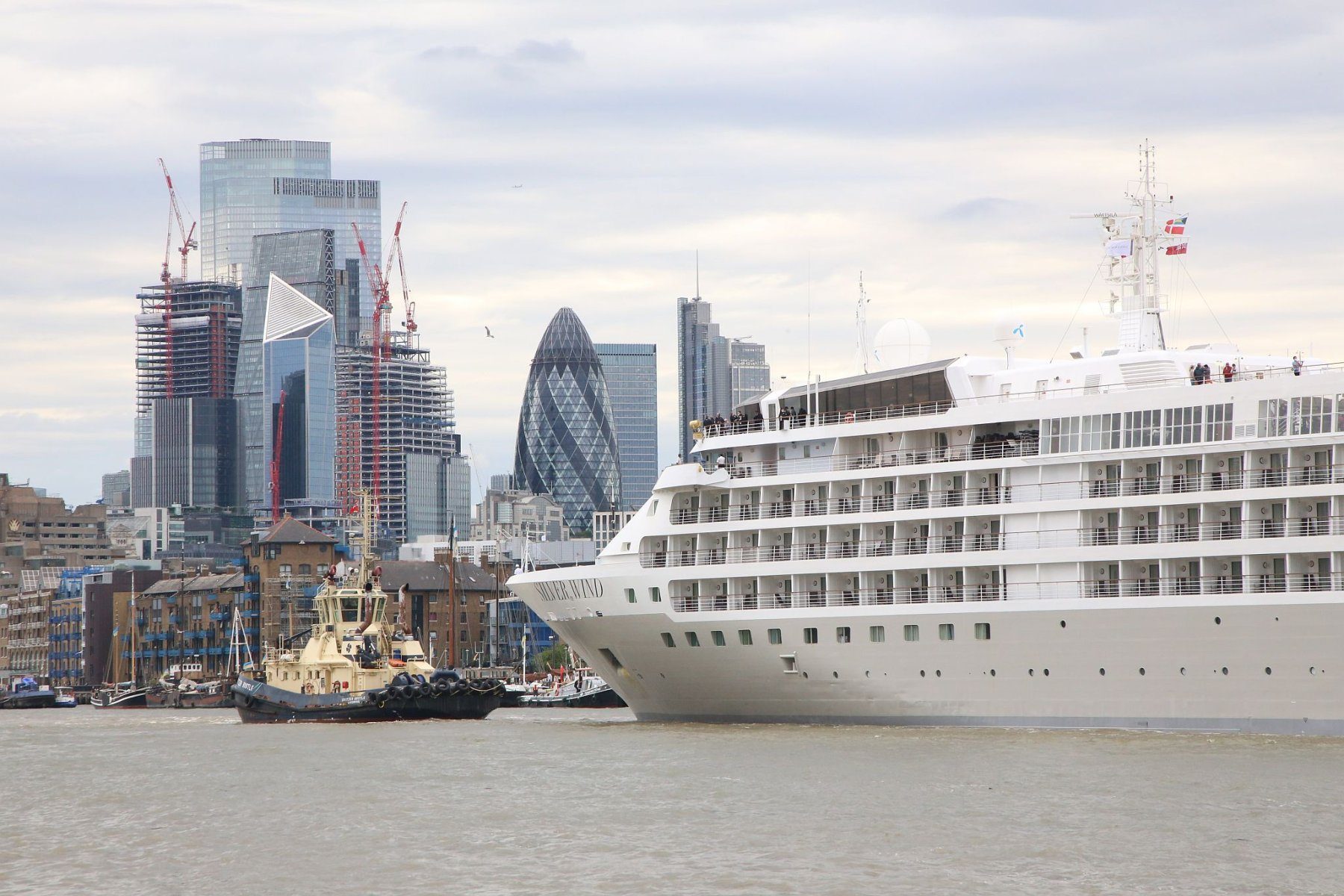 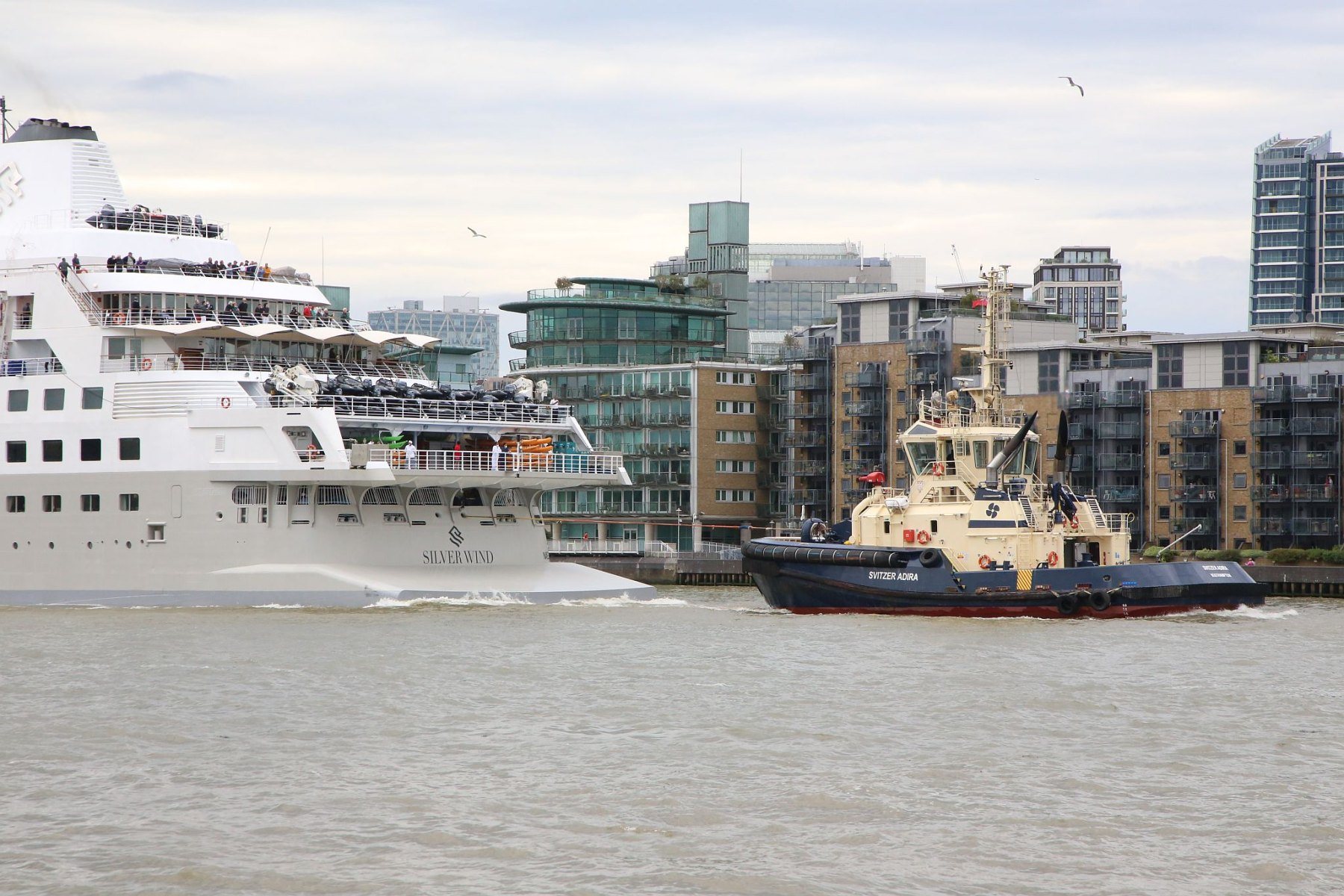 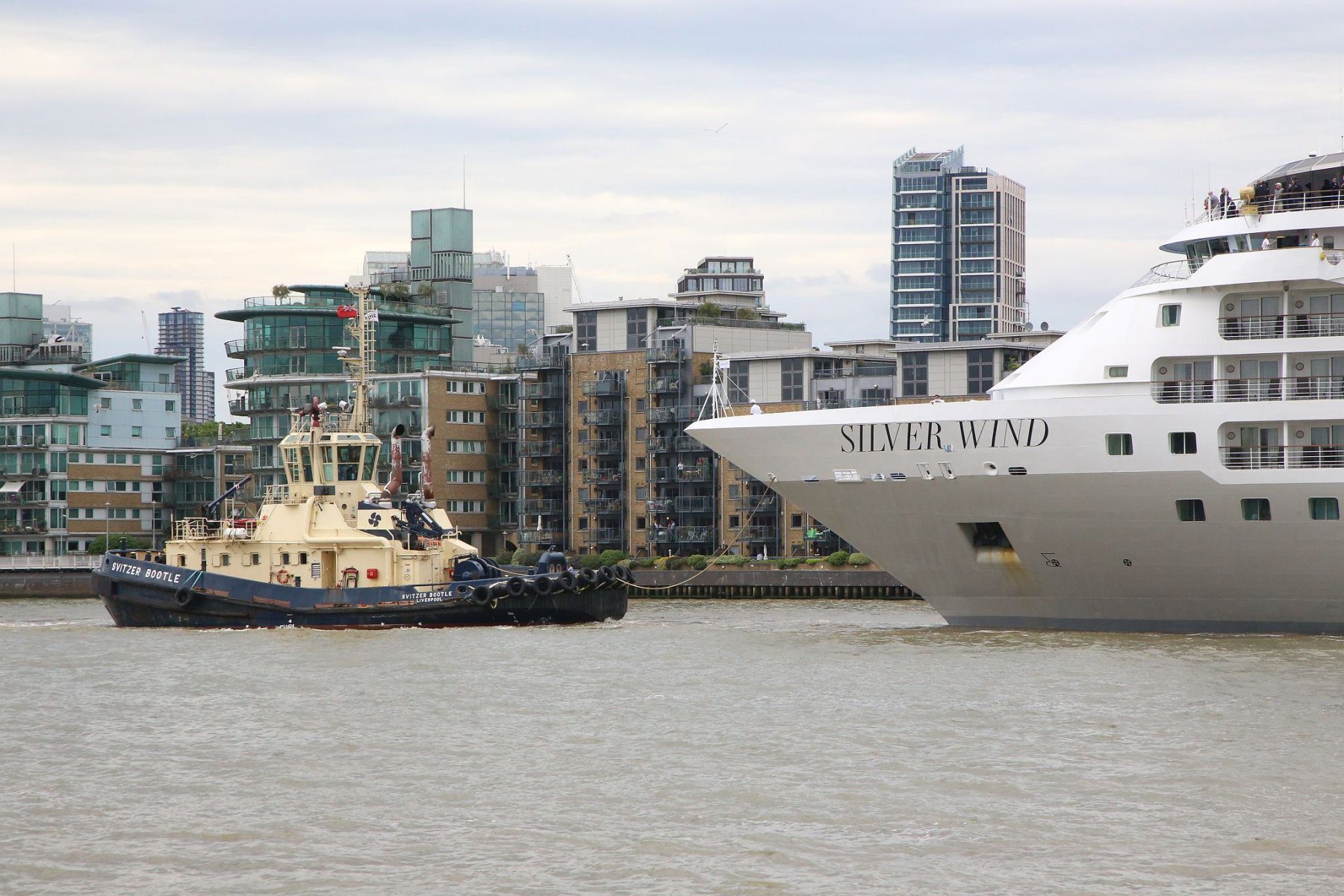 Built in 1927, Portwey is a preserved steam powered tug taken care of by a dedicated band of volunteers at their base in West India Dock.
Read More

The Swedish cargo ship “Fure Vinga” was an unusual sight to be seen tied up alongside HMS Belfast in early June 2022.
Read More

The RRS Sir David Attenborough is operated by the British Antarctic Survey and was seen passing Woolwich in filthy weather on 31-Oct-2021.
Read More