Recognisable from its many film appearances, The Painted Hall in Greenwich was where Admiral Lord Horatio Nelson lay in state after his body was brought back from the Battle of Trafalgar in 1805. Generations of Royal Navy officers have passed through the hall which used to be part of the Royal Naval College.

The clever thing about The Painted Hall is the stone carvings on the wall – they aren’t stone carvings, they are very cleverly painted flat surfaces. 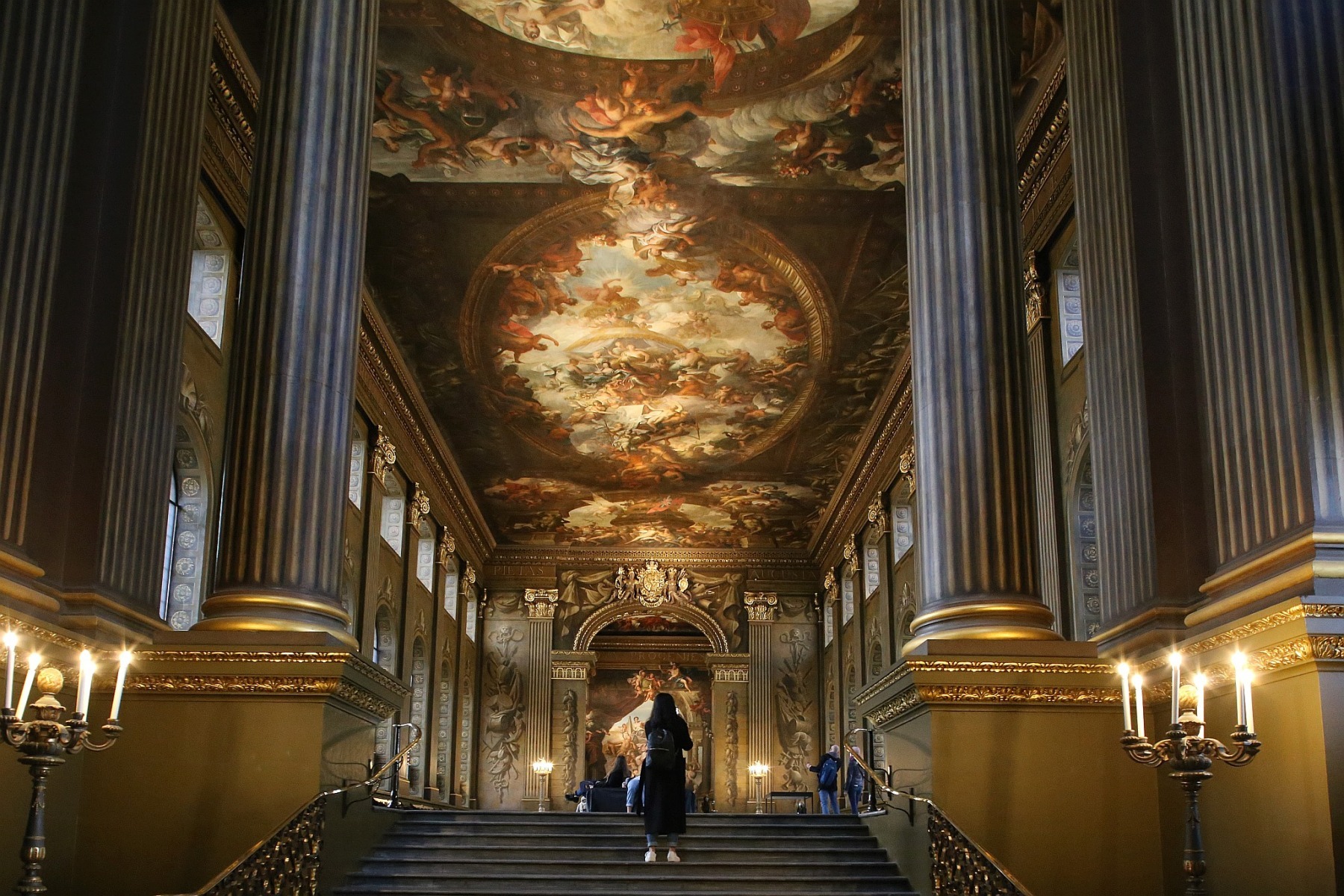 In the main part of the hall couches are provided so you can enjoy the painting without getting a sore neck. 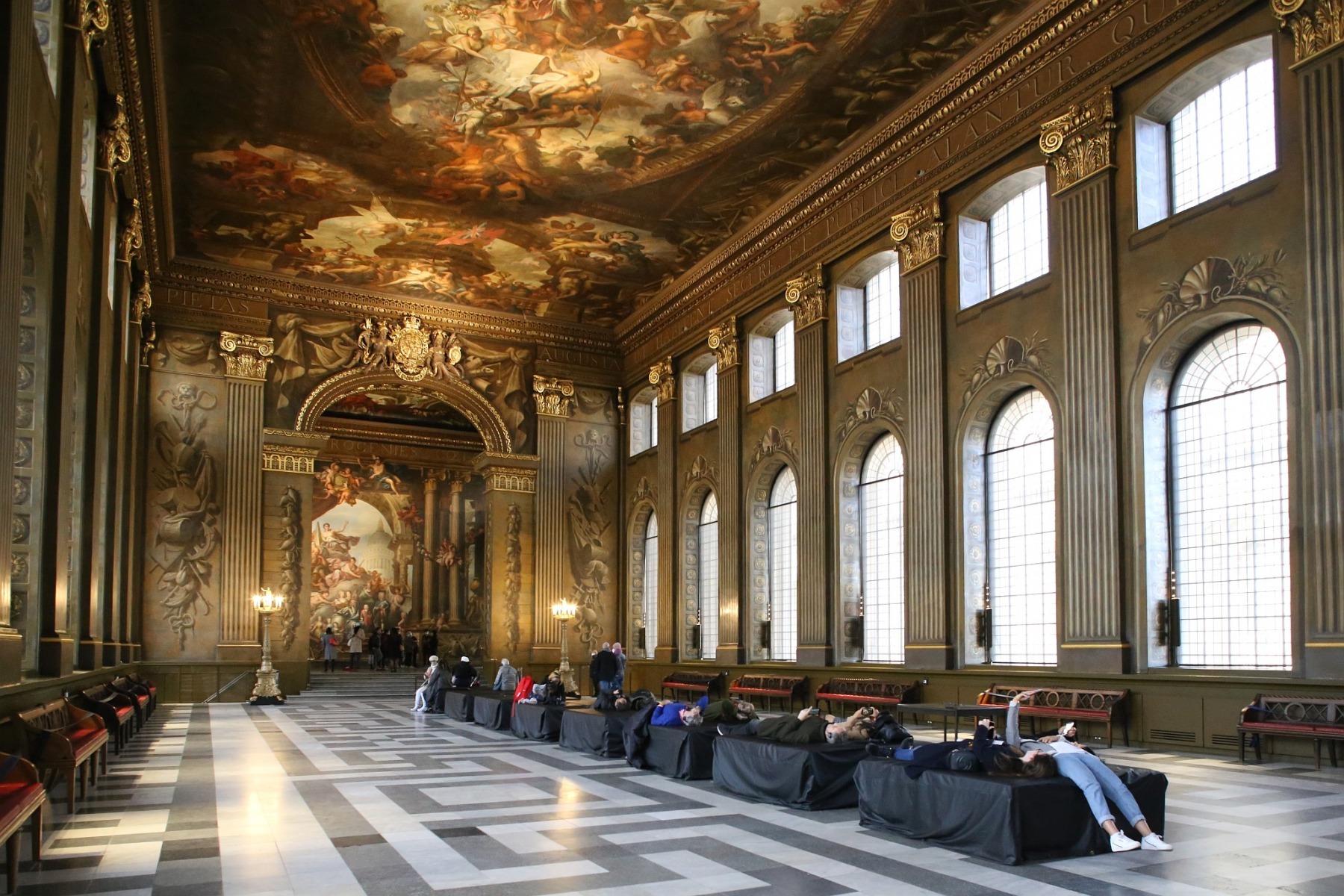 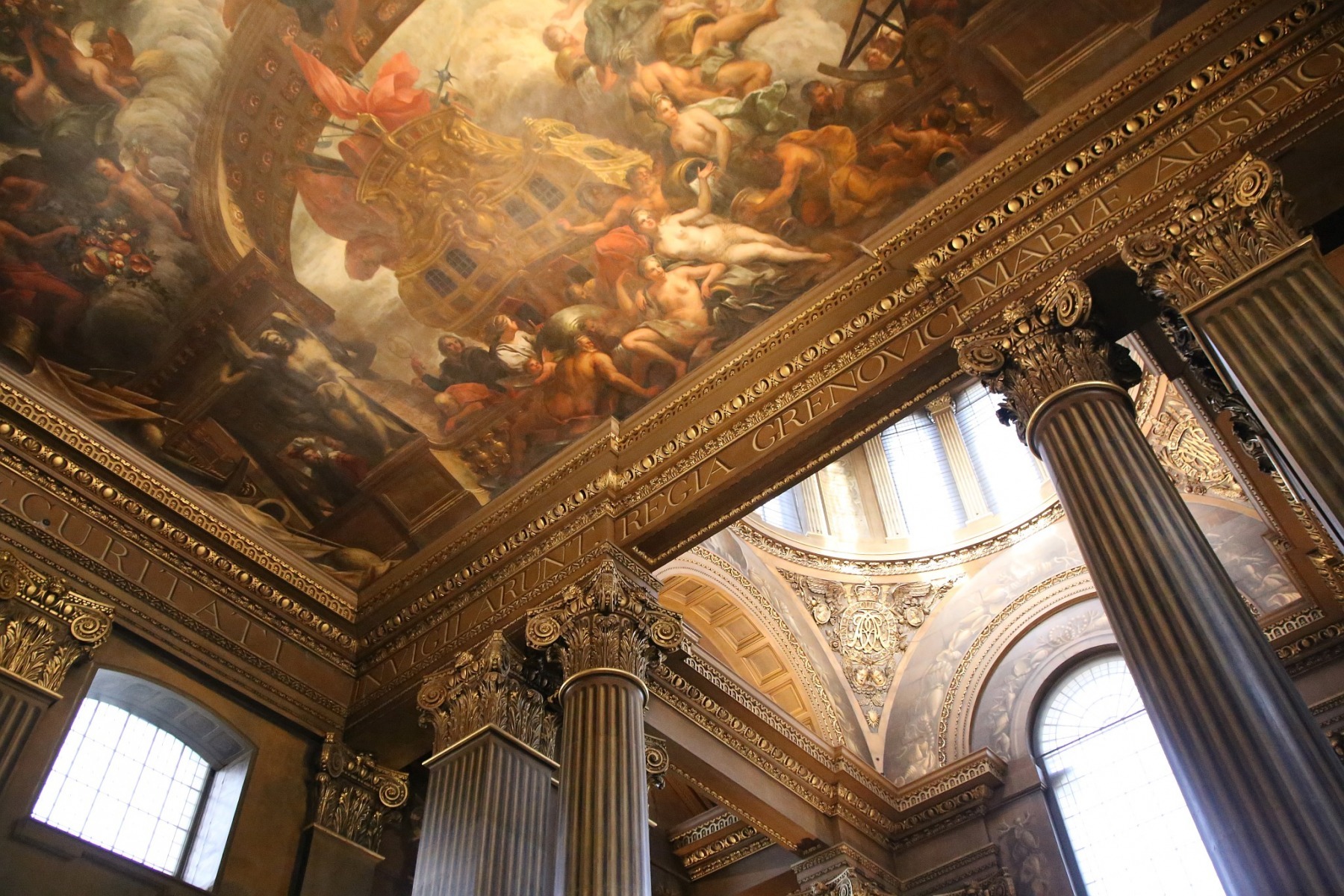 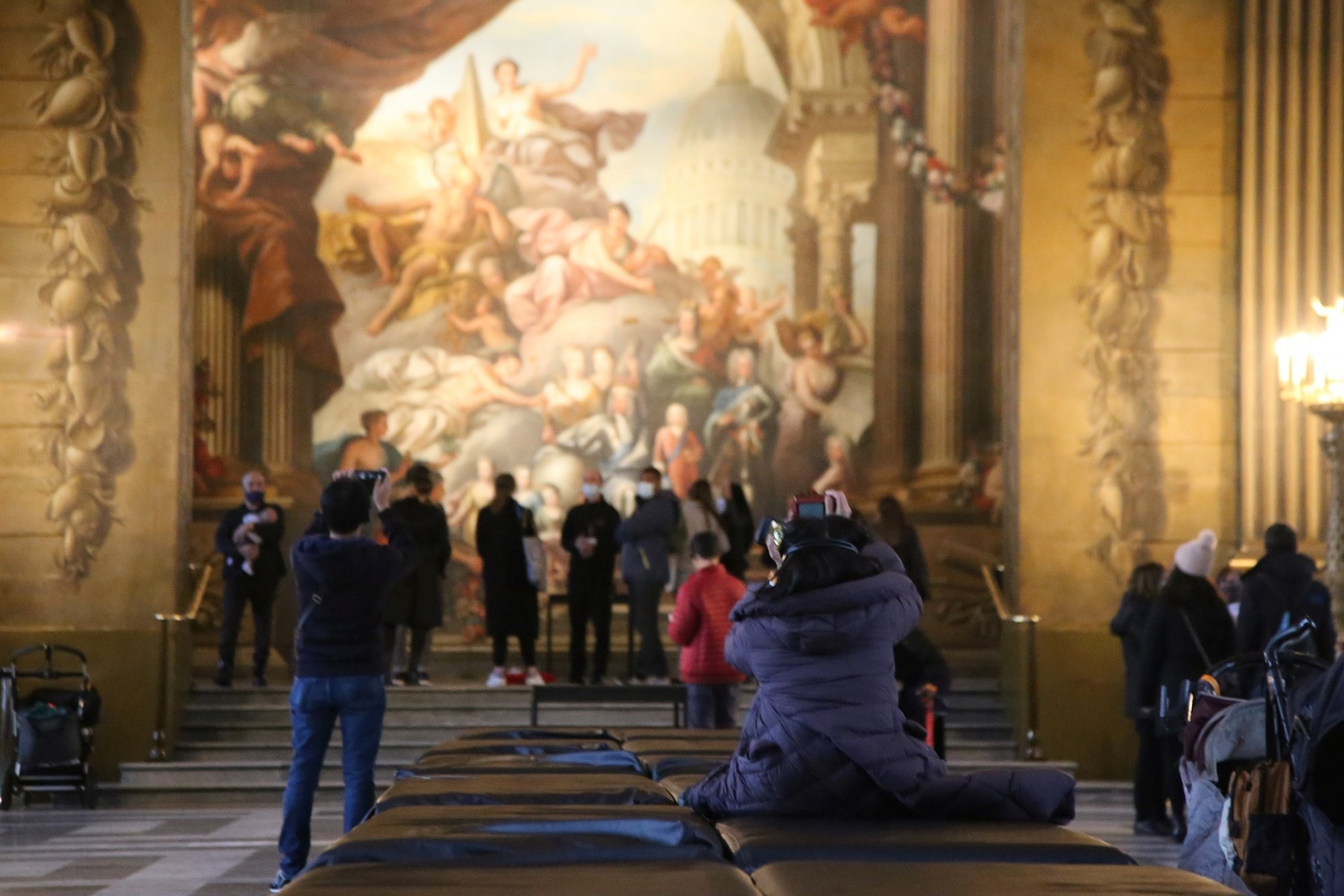 Above the crowd, and to the right is painted a boy in a pink coat with a blue sash. Wherever you stand in the hall, his gaze seems to follow you. 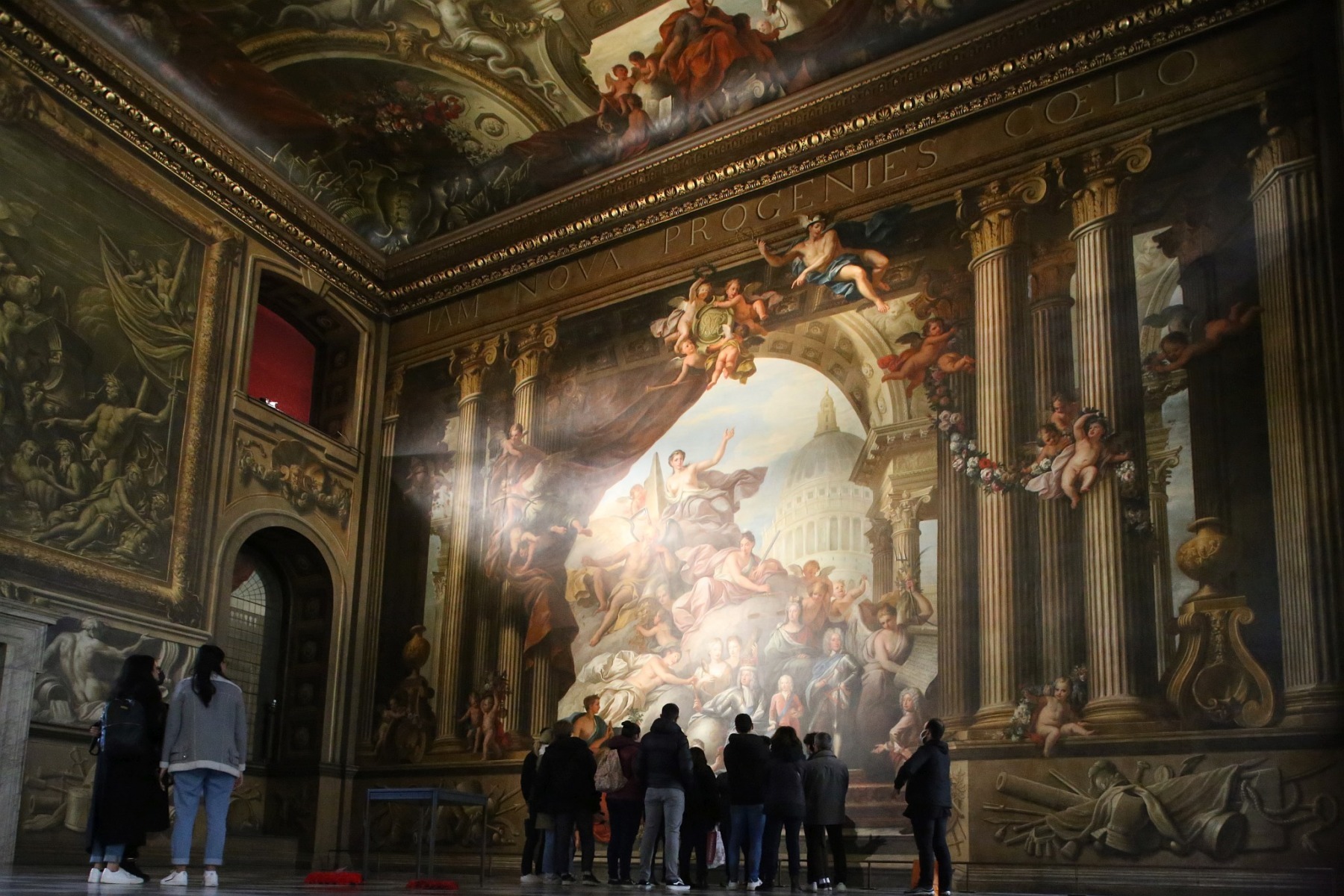 Use your mouse or fingers to move the 360 virtual tours below, just like Google Street View.

A Royal Proclamation at The Royal Exchange