The church is located in an isolated position on the edge of what was RAF St. Eval, an airfield used by the RAF Coastal Command in World War Two and for some years after.

The church has a history that long precedes the arrival of the airfield. The earliest parts of the building date back to the Norman era but, like most parish churches, has been much rebuilt over the centuries.

Being on the old airfield’s perimeter, now home to a forest of radio masts, the church has a close military linkage. Indeed, it is the last survivor of the St. Eval village buildings that were torn down to make way for the airfield when the land was compulsory purchased in 1938. 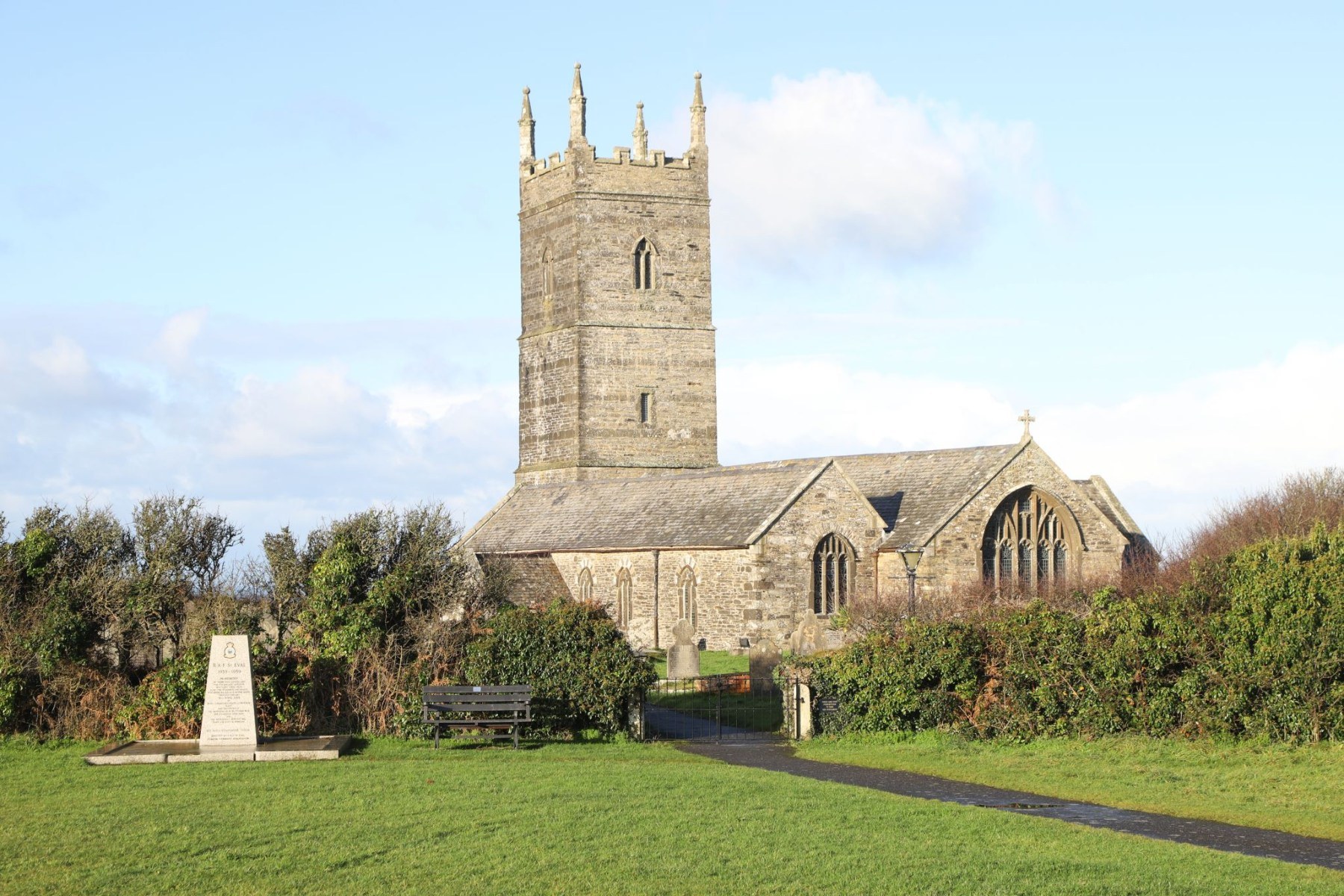 Marked by Commonwealth War Grave Commission stones, the graveyard is the last resting place of 23 World War Two service personnel and a number of further private and MOD marked graves for those lost in the years since WW2. 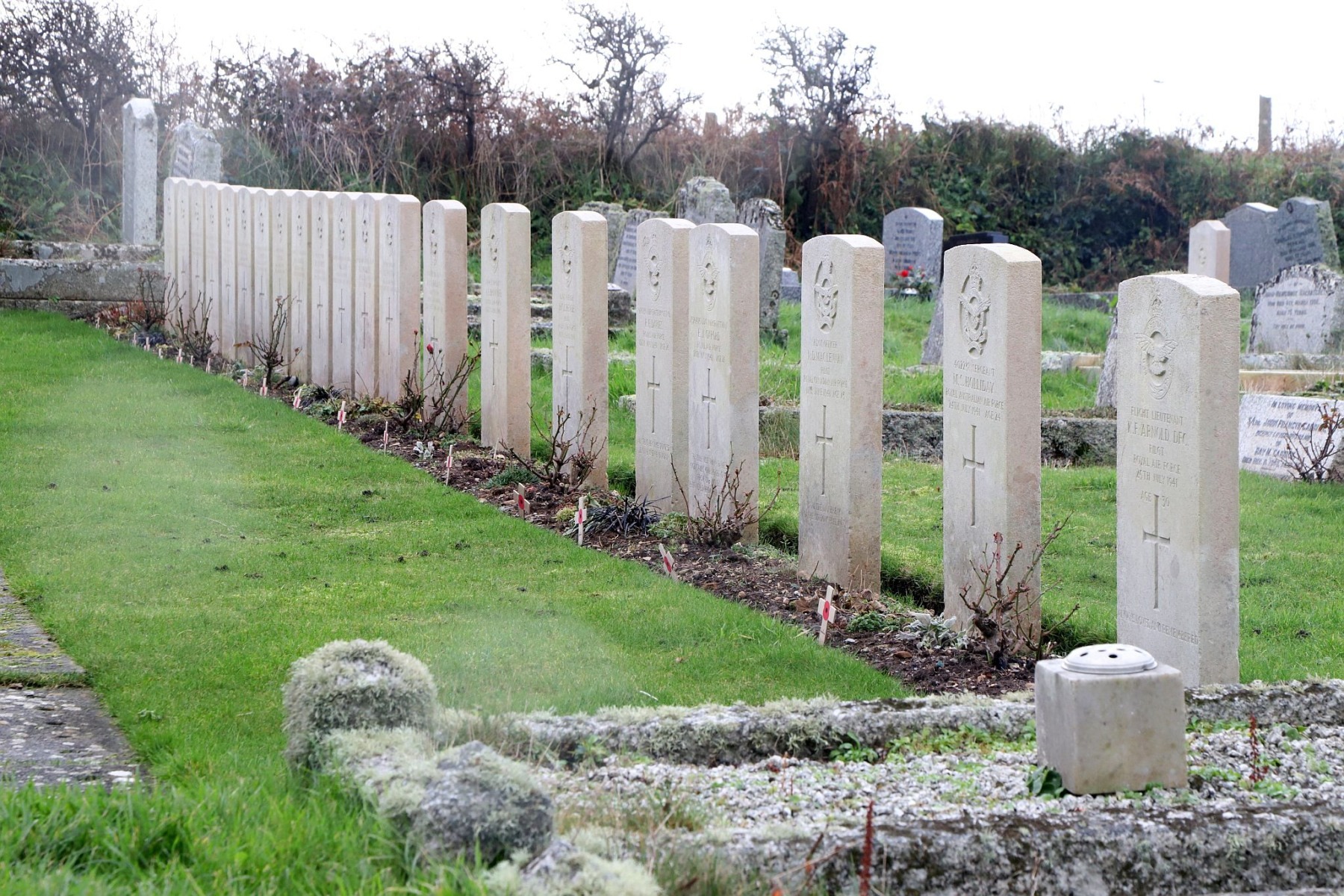 The design references Psalm 130 “De Profundis Clemavi” – “Out of the depths I have cried to Thee O Lord”. In the centre is the RAF’s motto “Per Ardua ad Astra” – “Through Adversity To The Stars”.

The base of the window represents the storm tossed seas around Cornwall and, superimposed on them, are the insignia of RAF Coastal Command and RAF St. Eval. 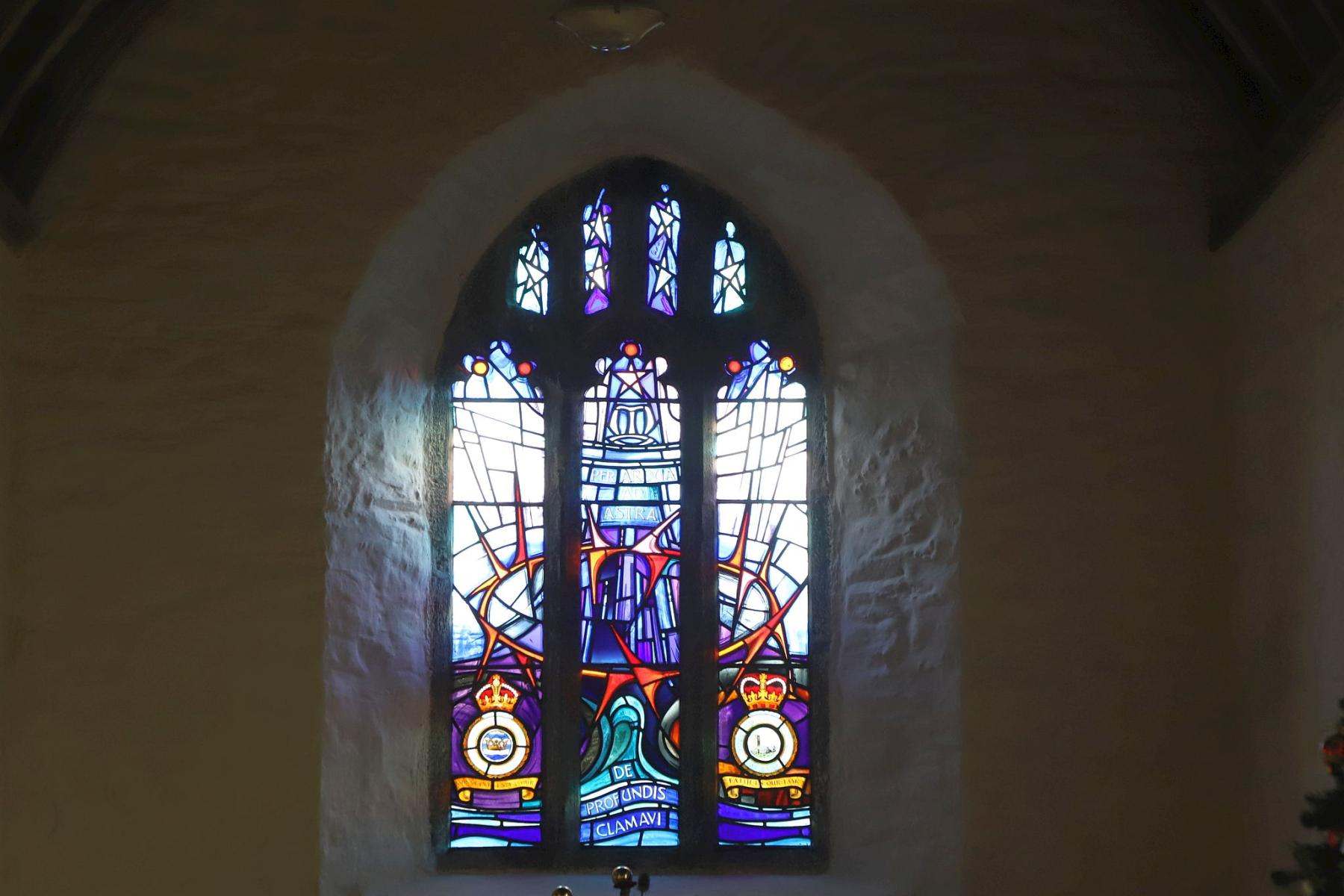 There are two groups of predominately RAF Squadron Badges, one group on the Western wall and the other group on the Northern wall, which showcase the strong RAF connections of the church. From high in the rafters, the last RAF standard to be flown at RAF St. Eval is held in trust along with the standard of the local Royal British Legion. 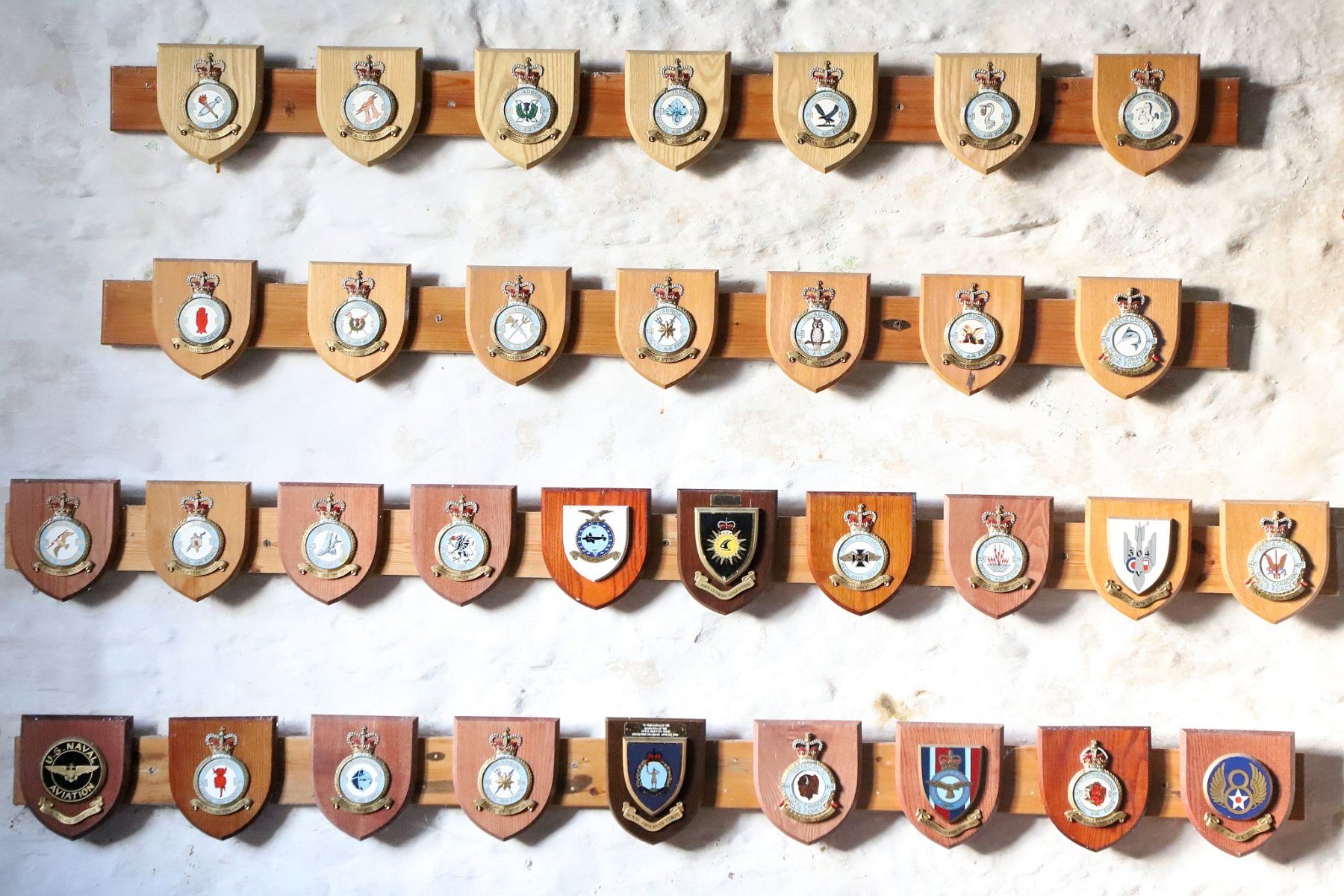 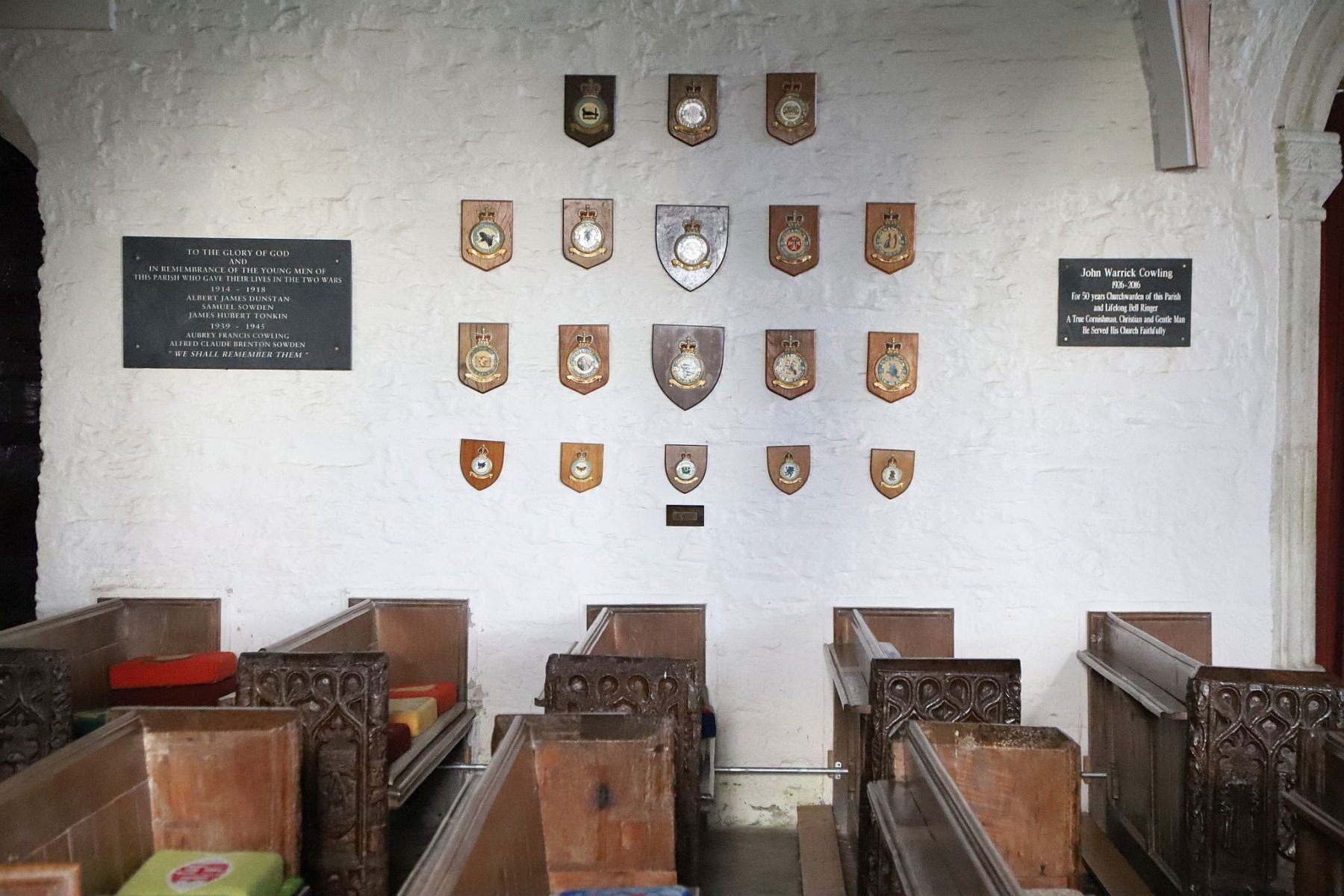 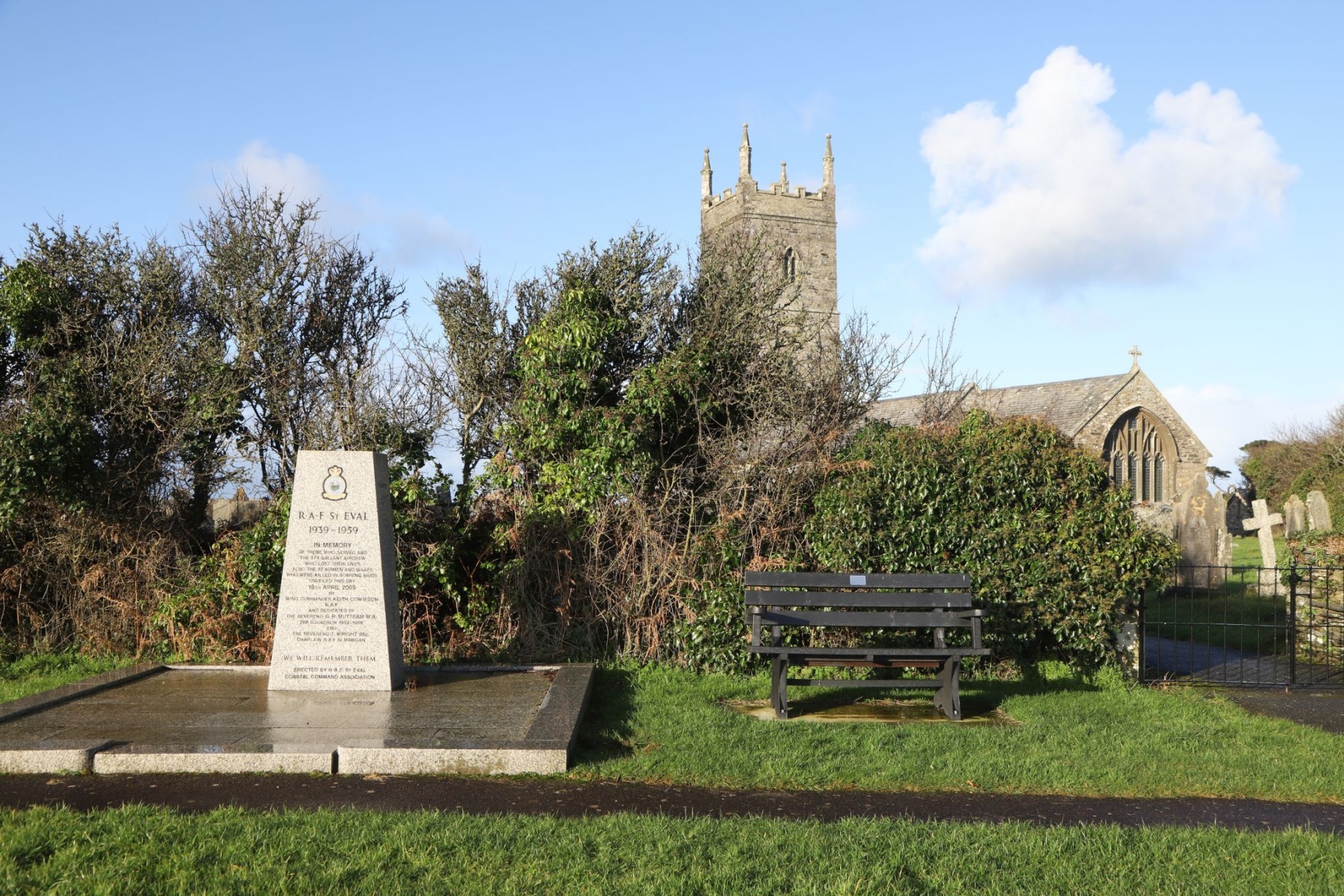 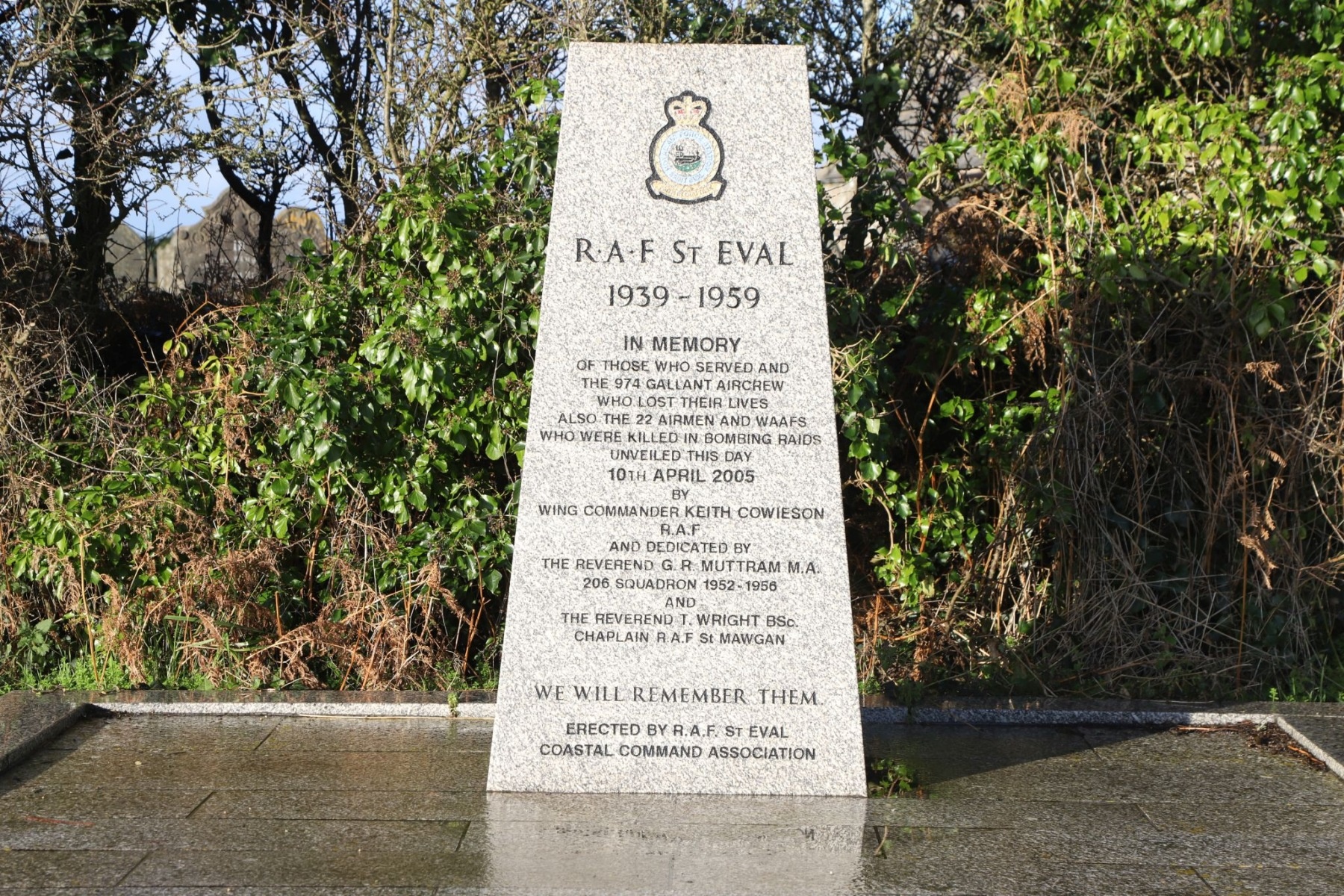 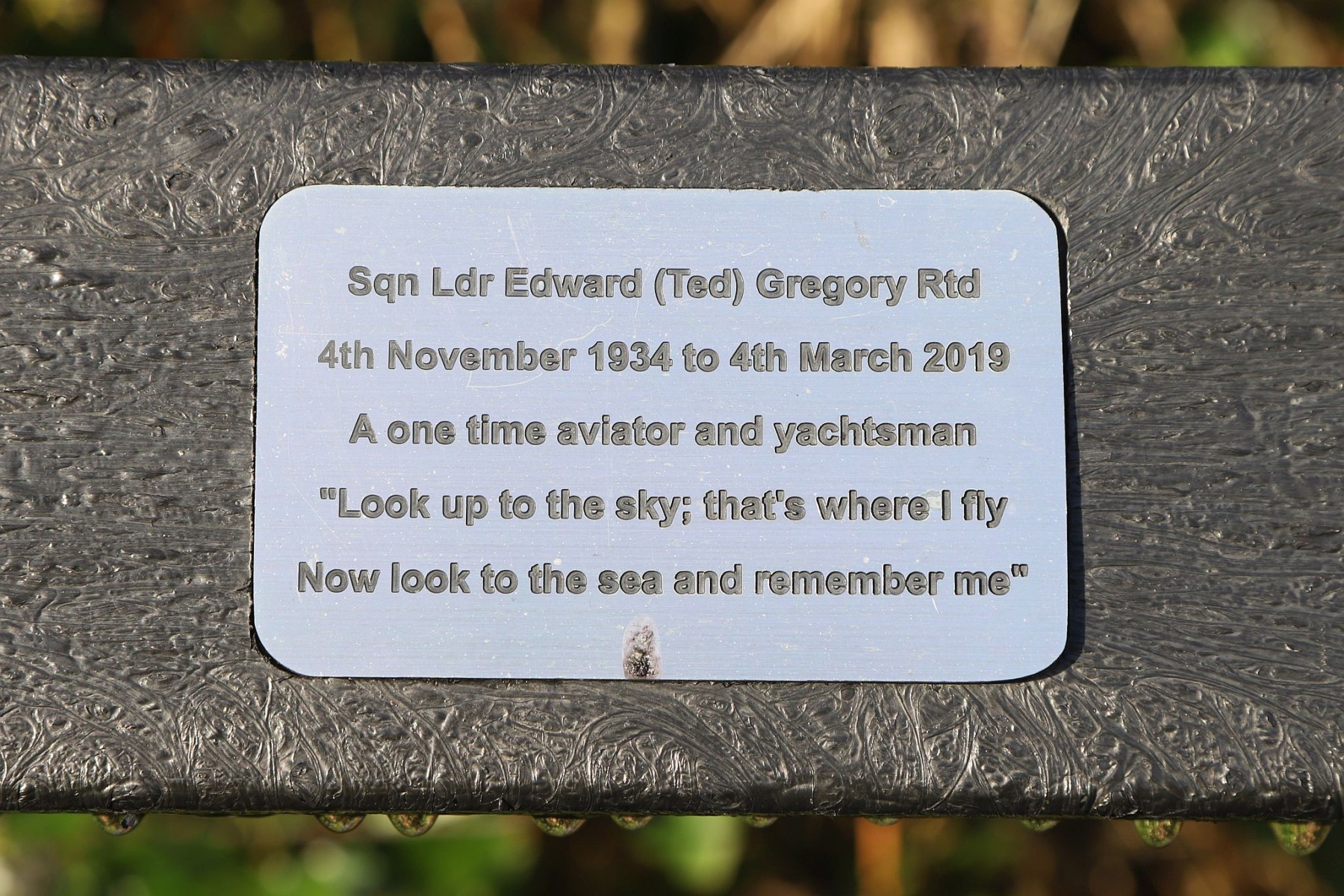 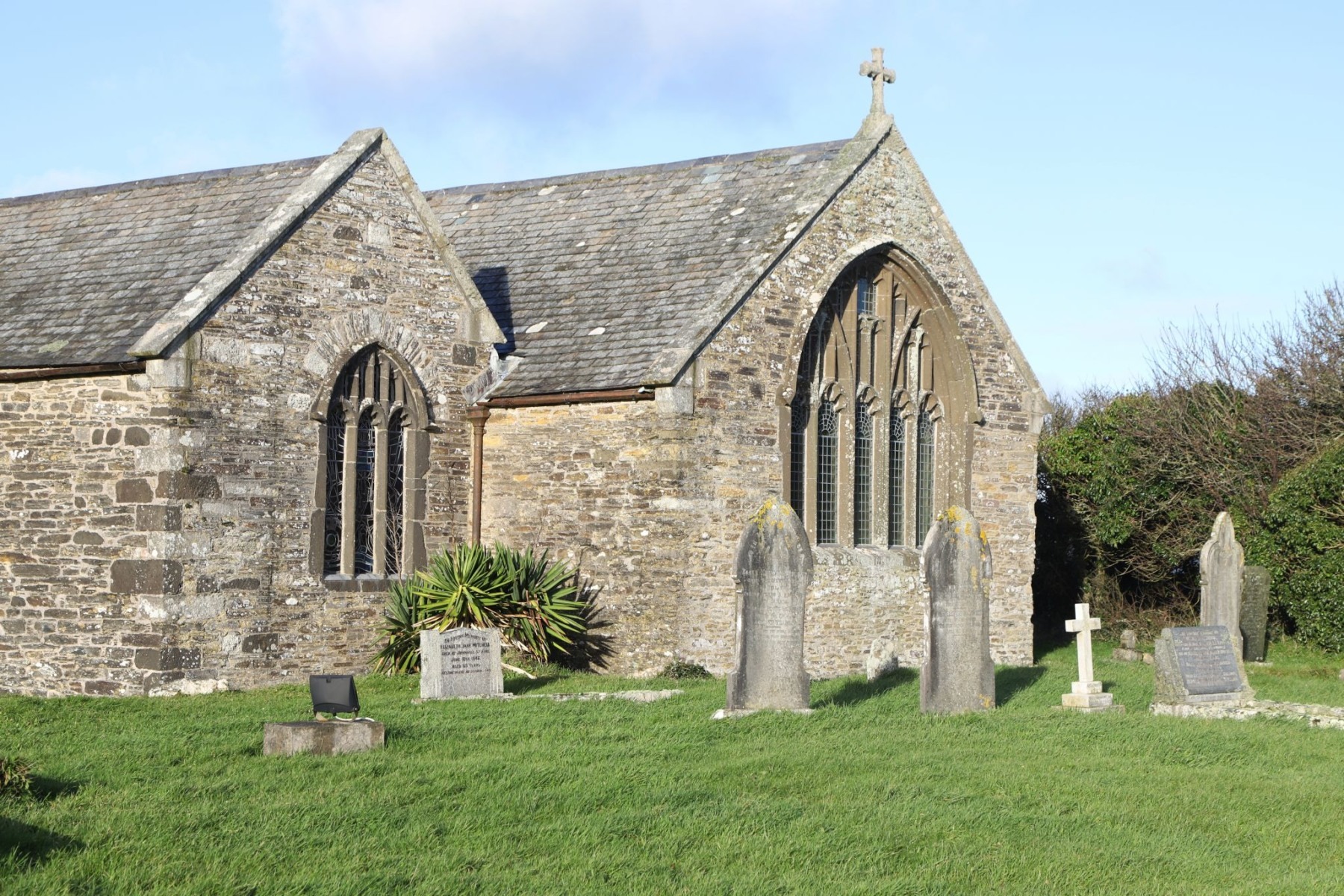 The King Charles I Coat of Arms 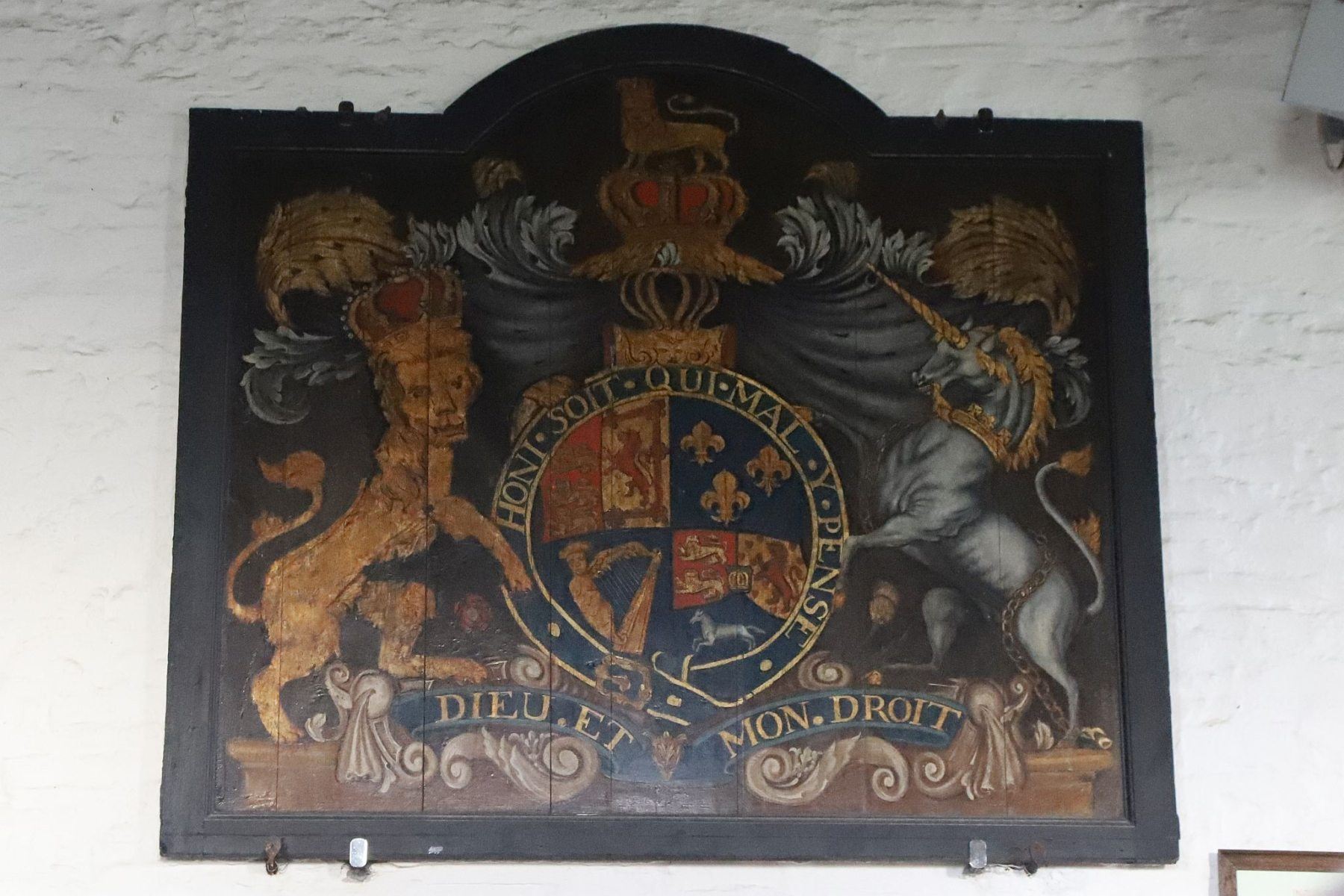 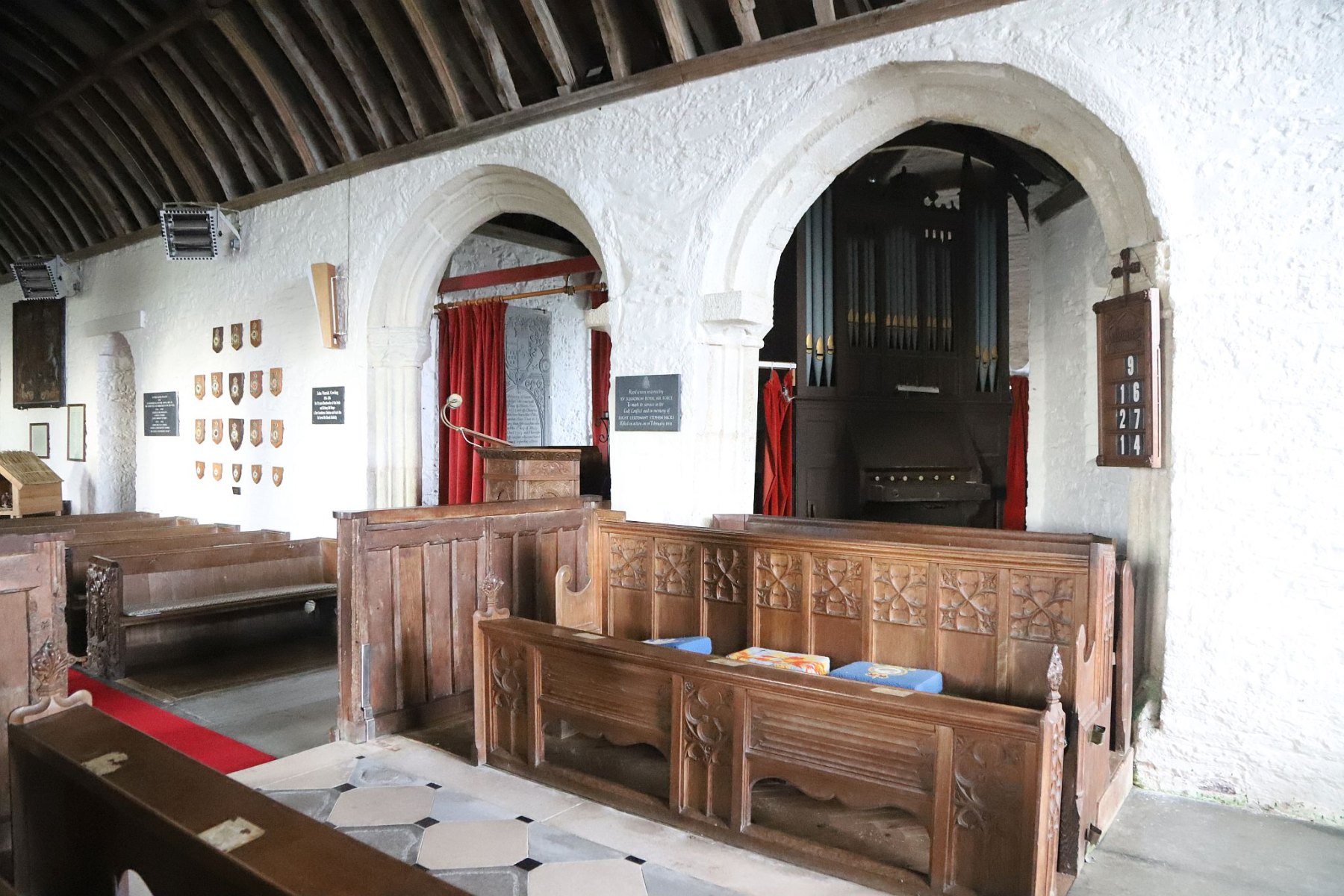 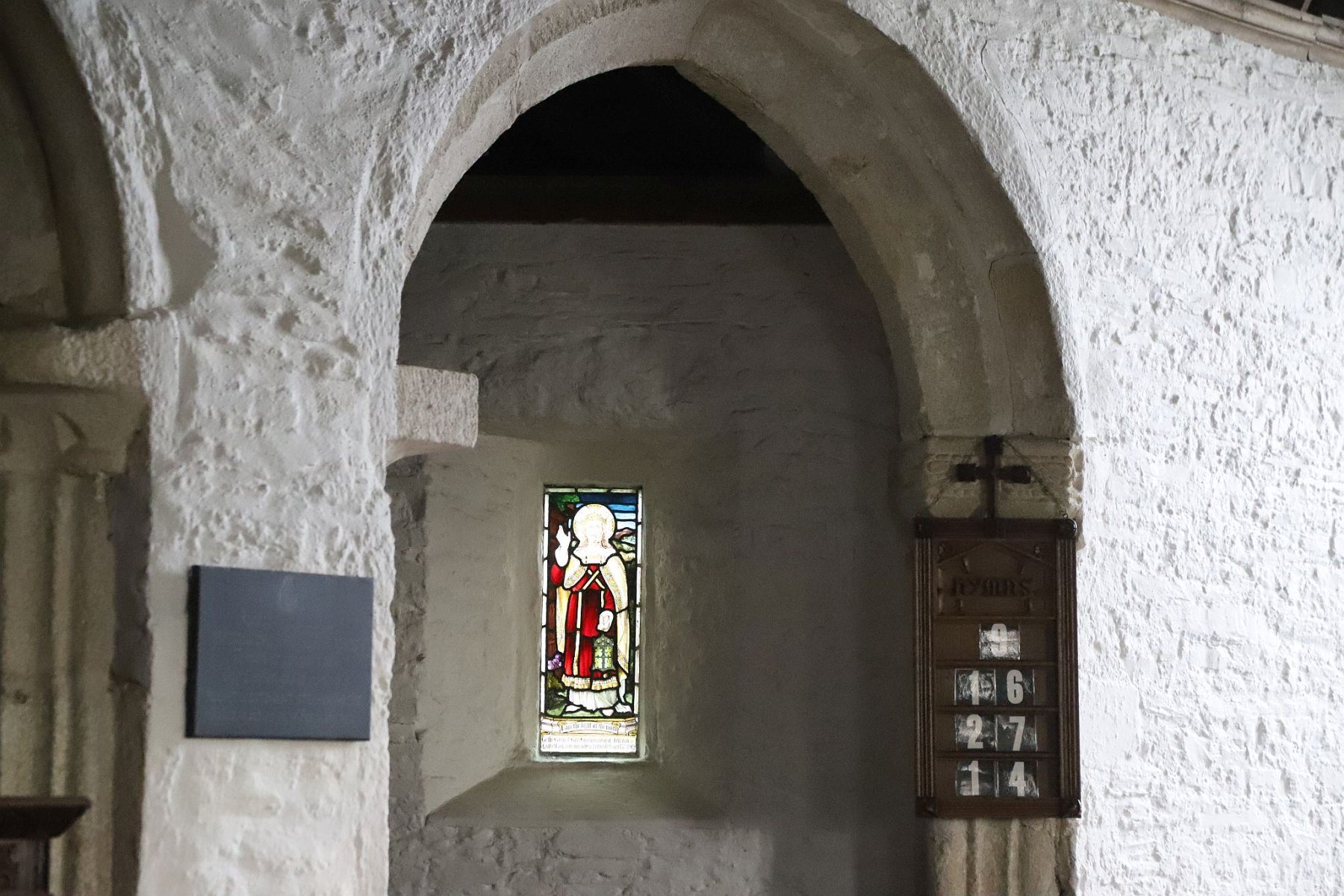 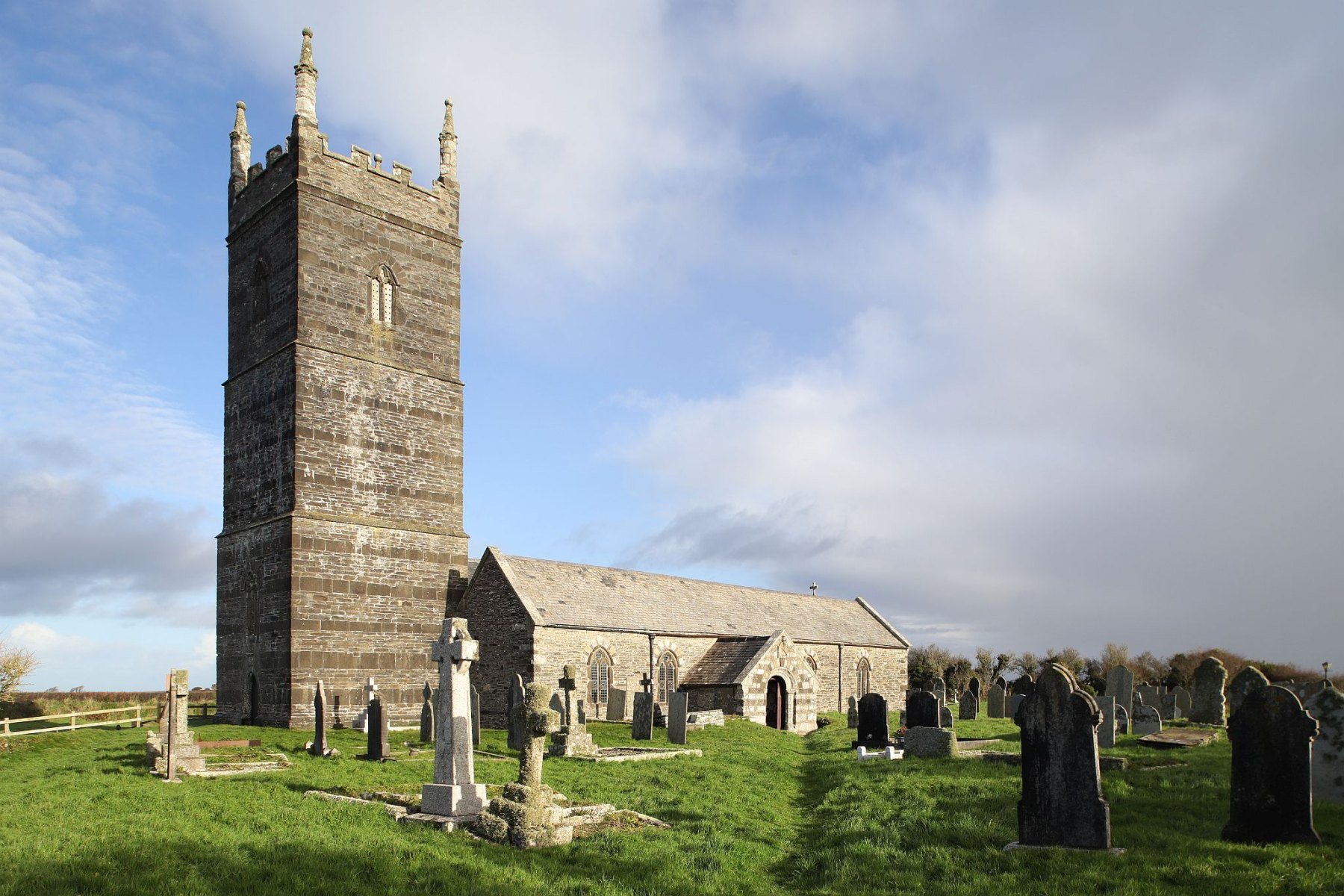 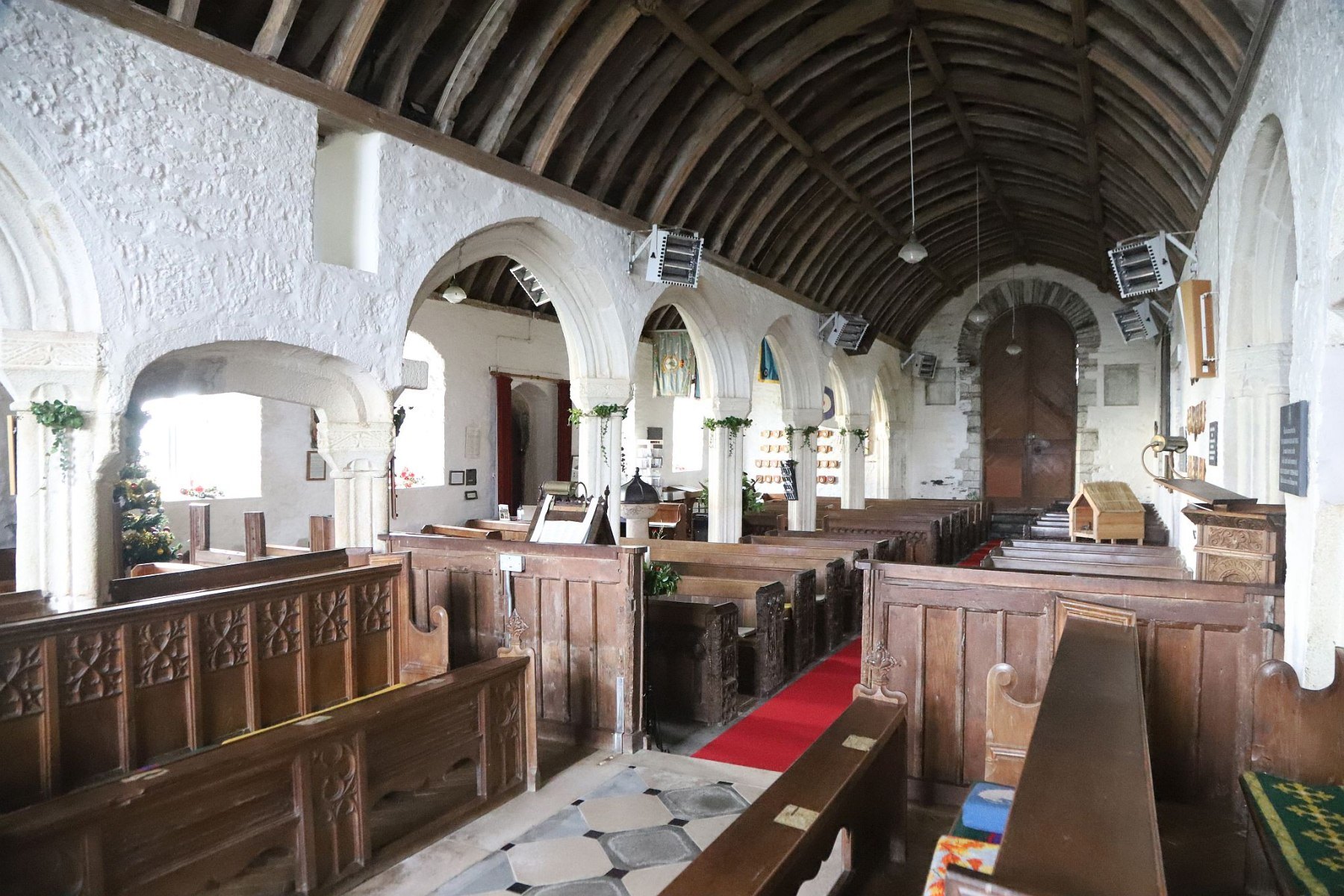 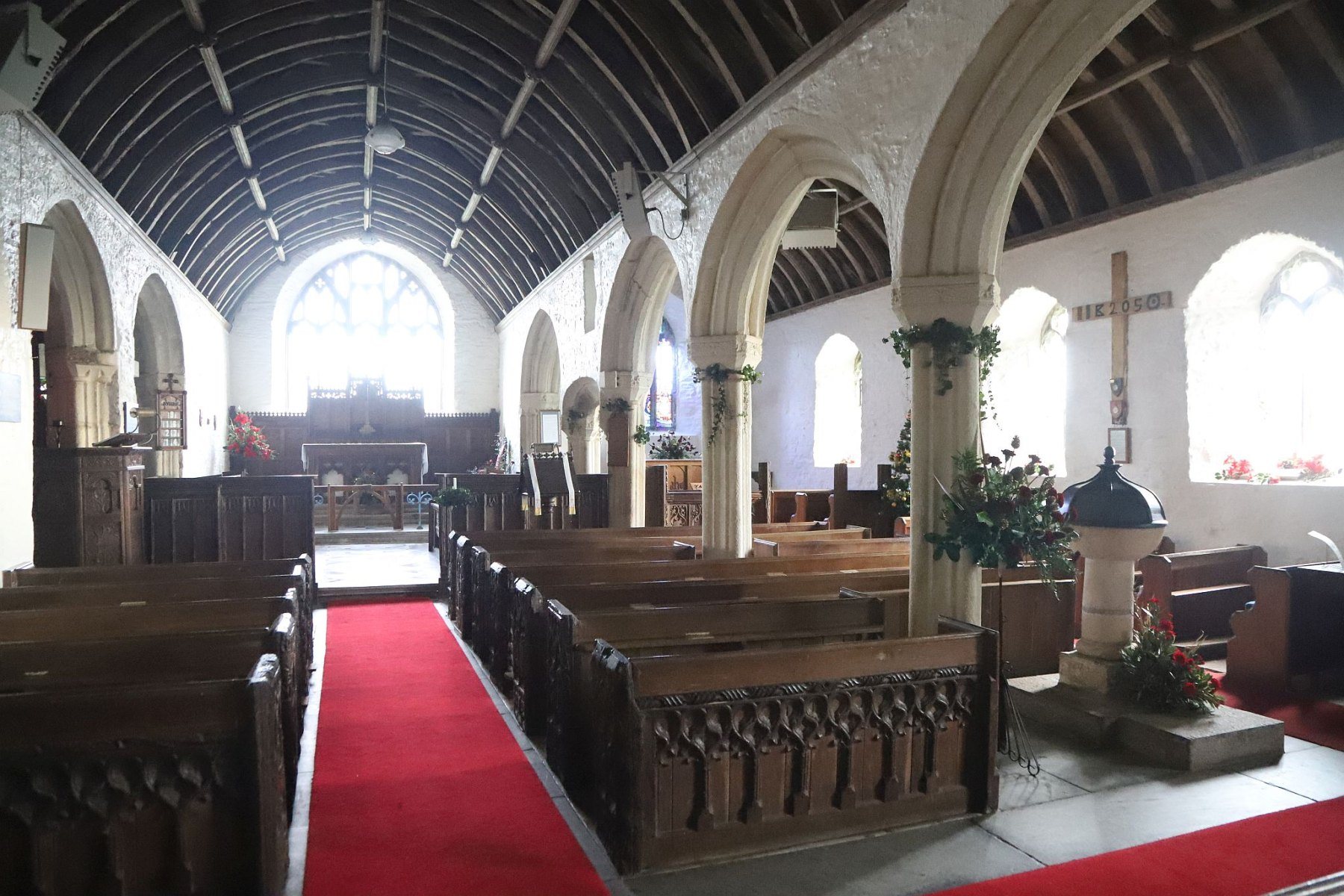 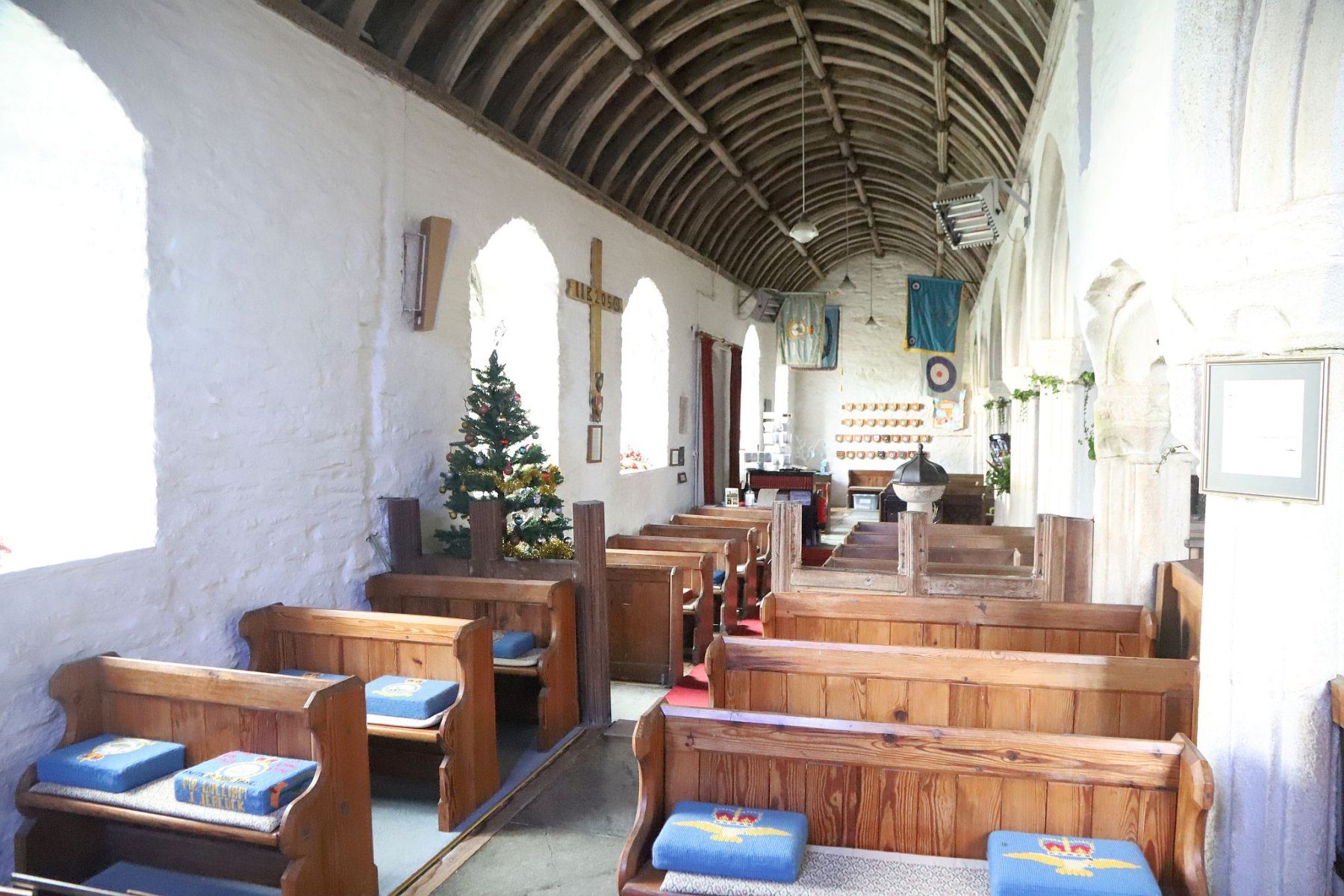 The South Aisle looking East from the entrance 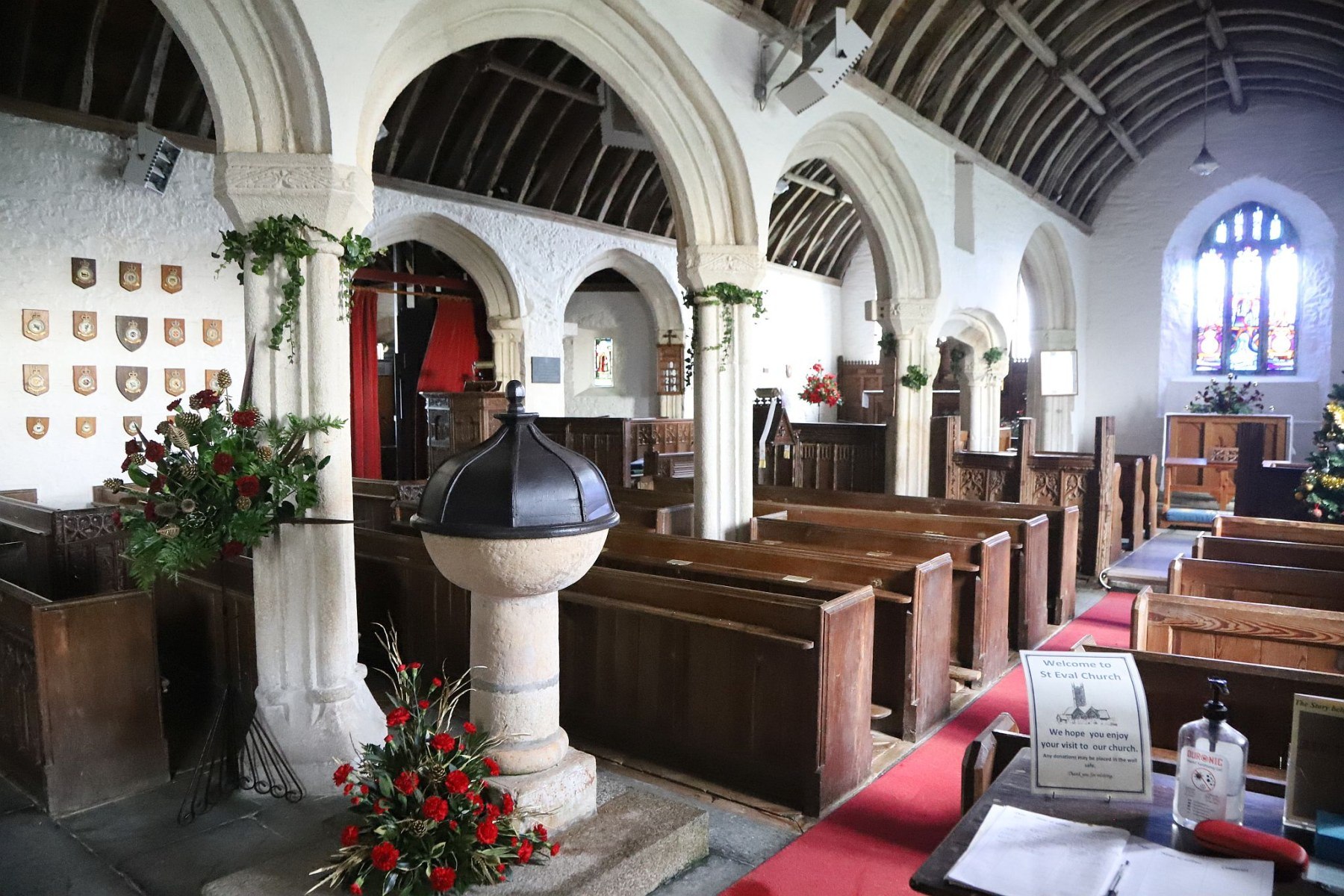 From the North West

From the South West

From the Eastern End 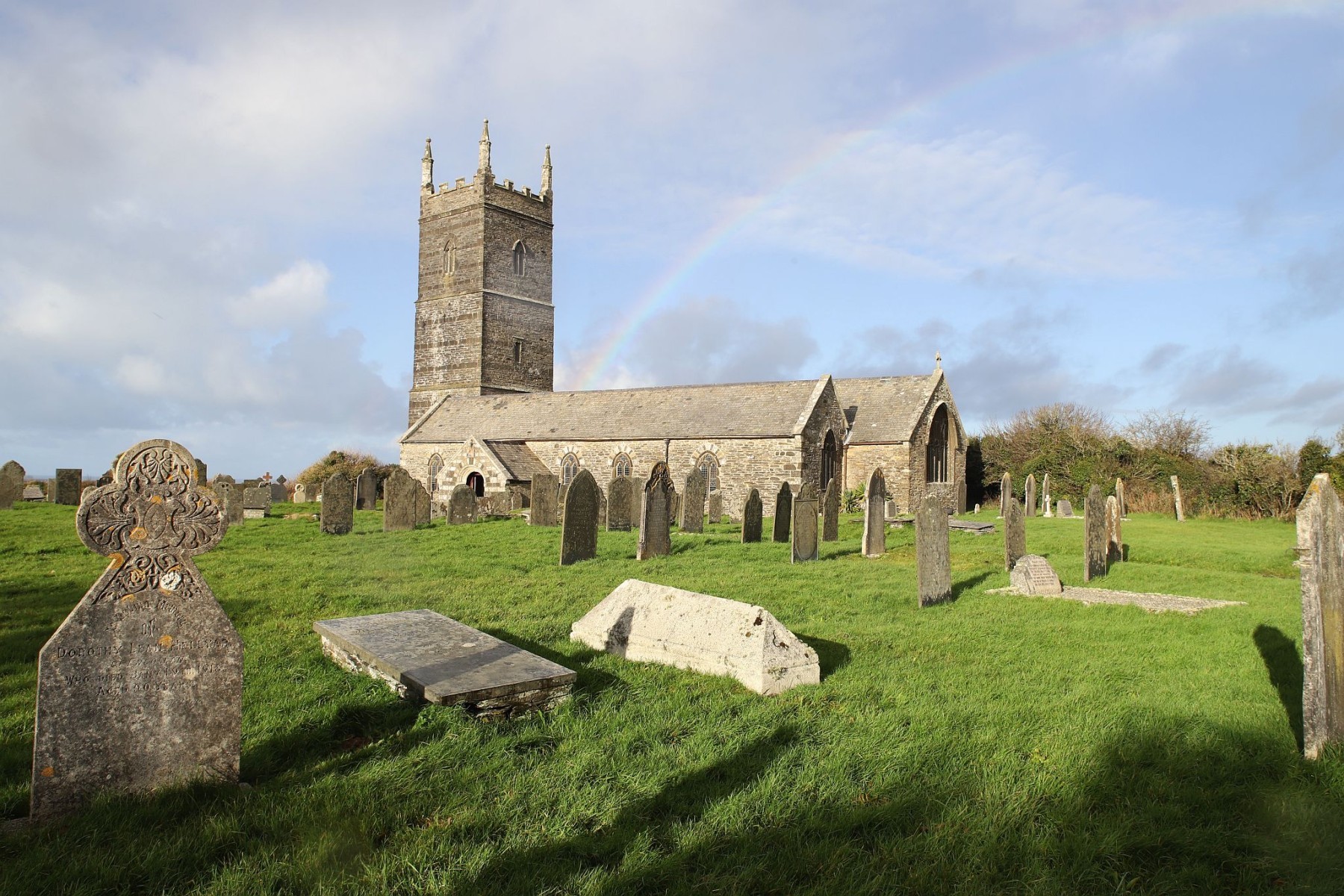 You’ll see that the vertical lines in some of the pictures are mostly straight up and down. These were straightened by using the shift function of a Canon 24mm TS-E Tilt and Shift lens.

Take on a GoPro 360 Max camera hand held above my head.