To mark the 170th anniversary of King’s Cross station’s opening in 1852, the world famous steam locomotive “Flying Scotsman” paid a visit over the weekend of the 14th to 16th October 2022. The visit also marked the start of “Flying Scotsman’s” 100th birthday celebrations in 2023.

The picture were taken on 15th & 16th October 2022. Some of them were taken early morning which accounts for the lack of people. 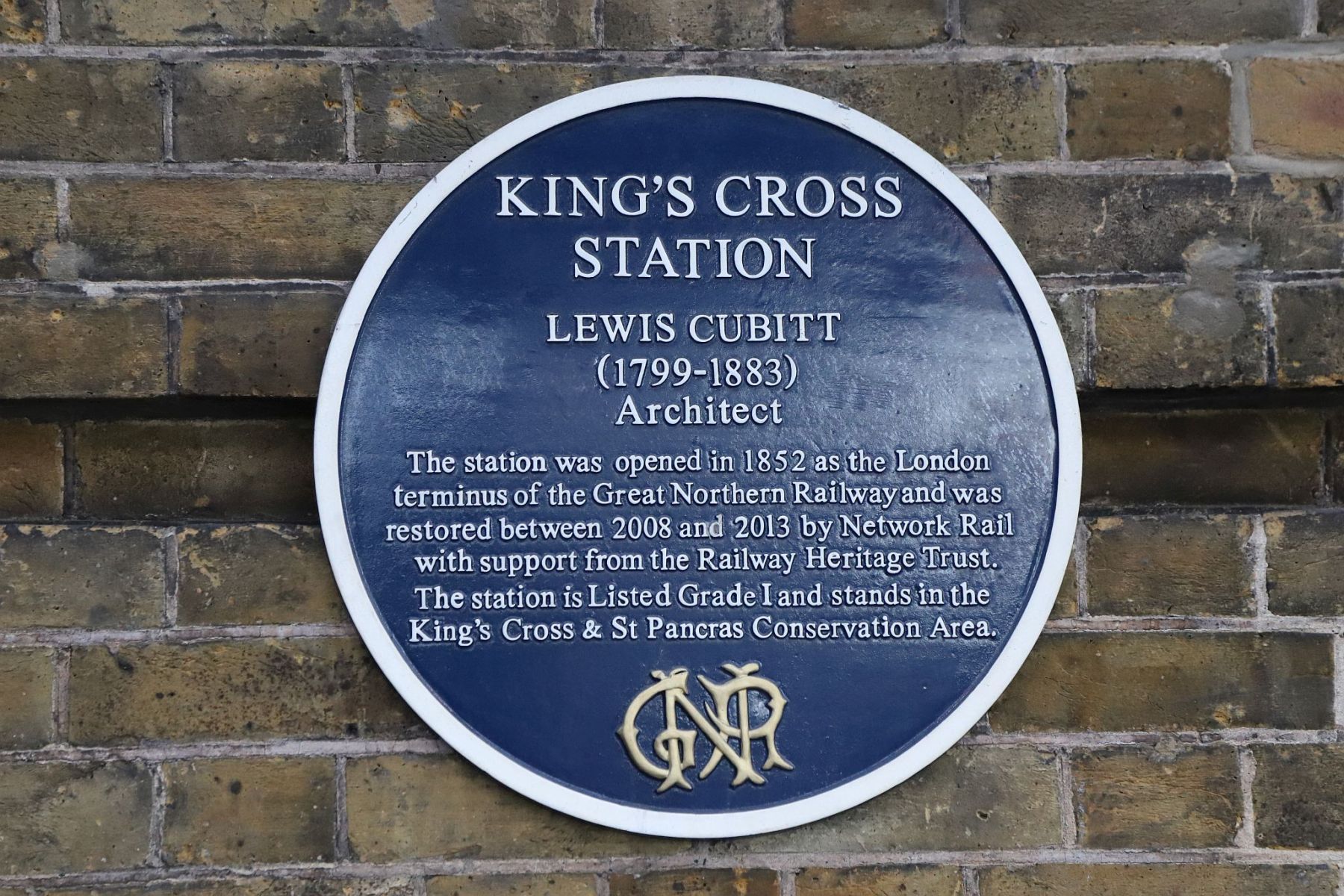 Plaque outside King’s Cross station to commemorate the station’s opening. 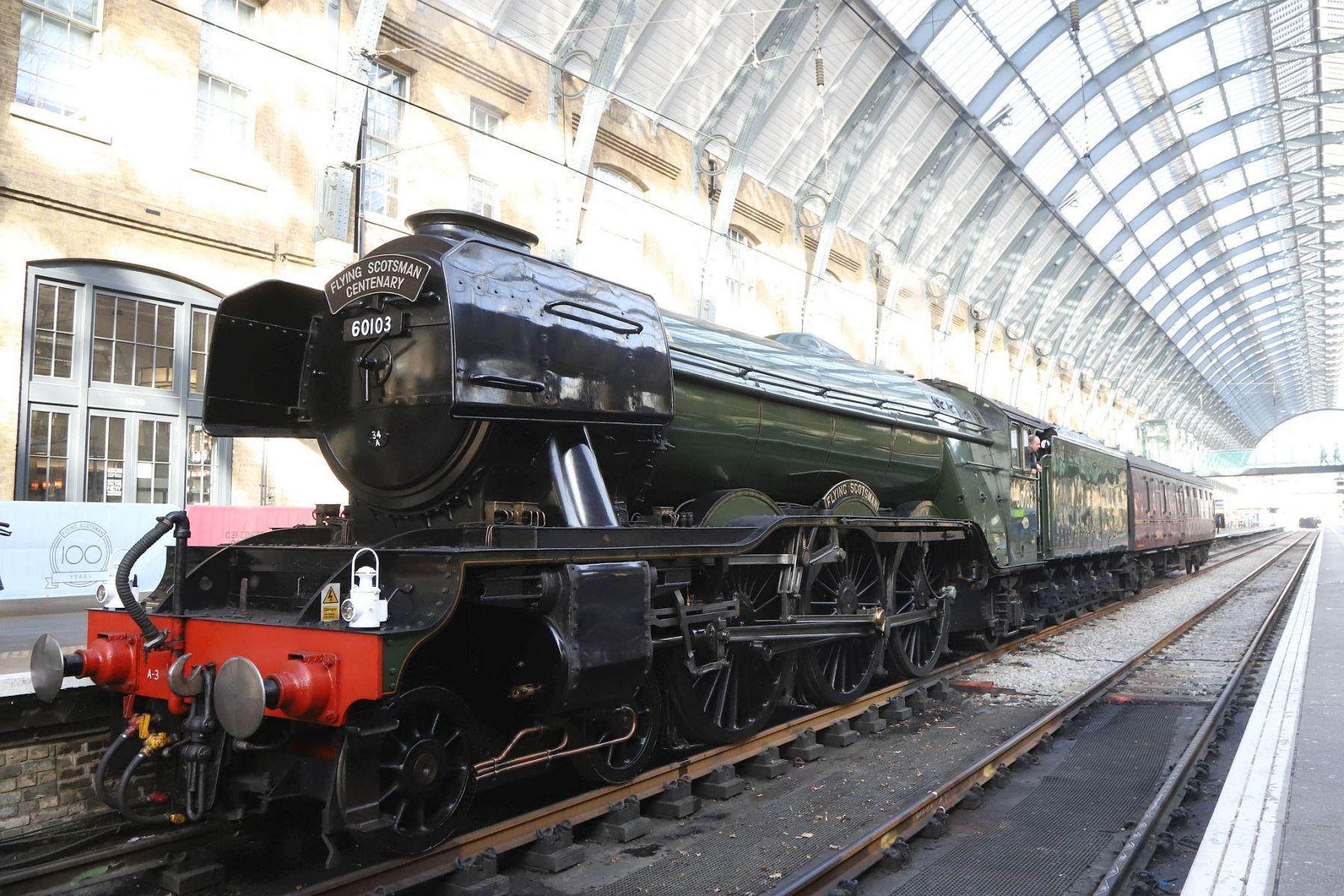 At The Buffer Stops

Flying Scotsman was exhibited on platform 8 which remained in use. This meant Flying Scotsman had to be very close to the buffer stops to make space for the trains behind it, which made photography challenging, but not impossible. 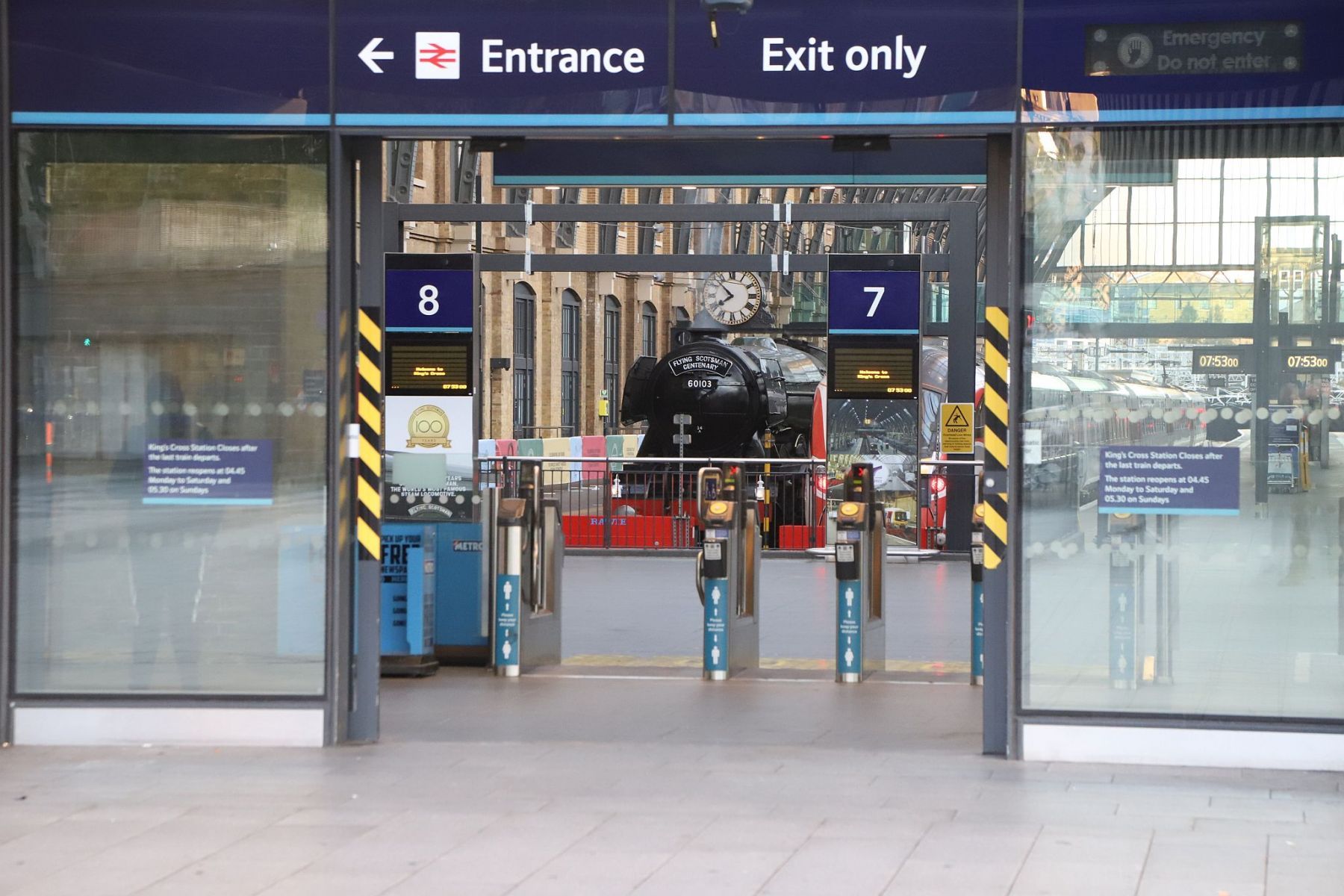 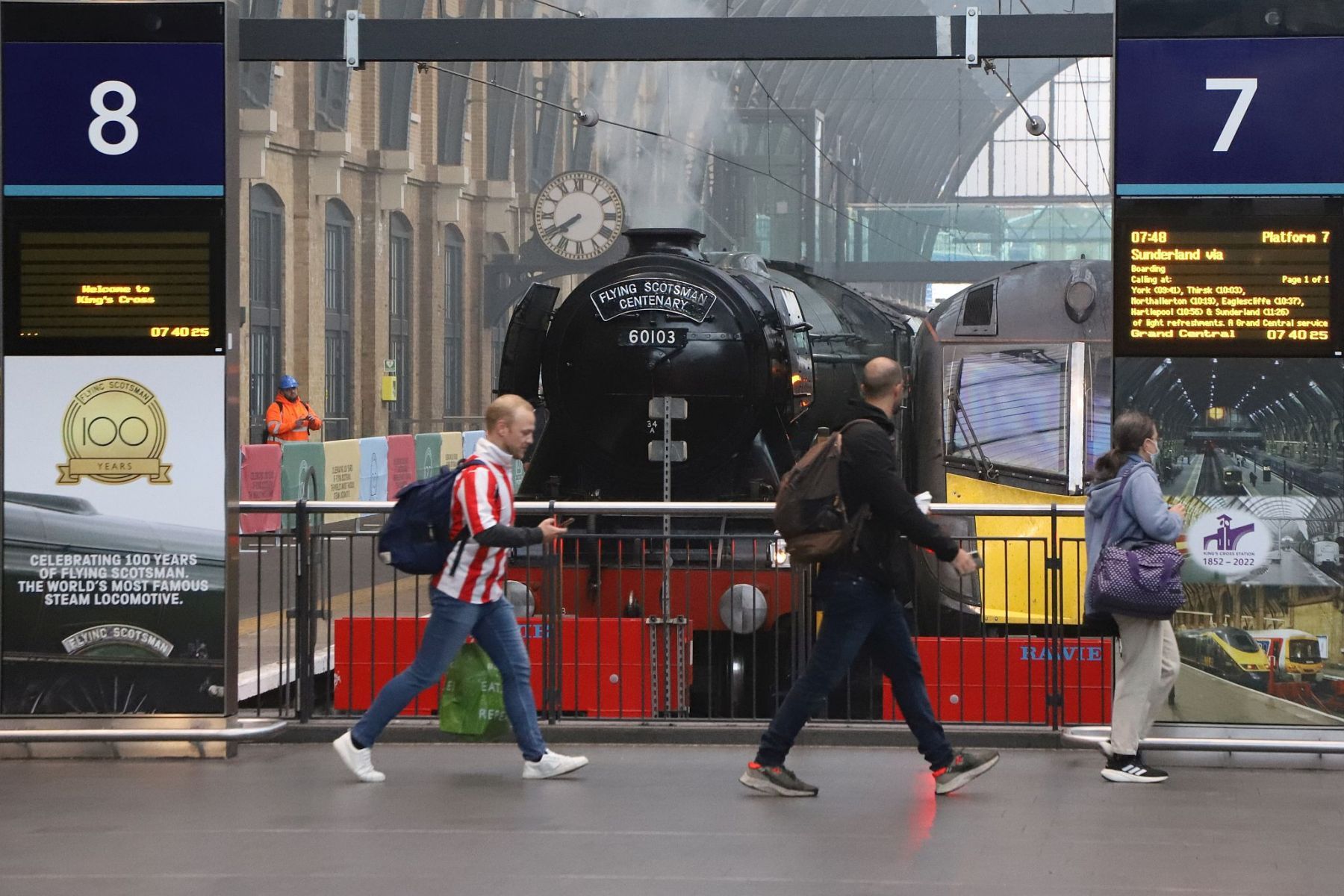 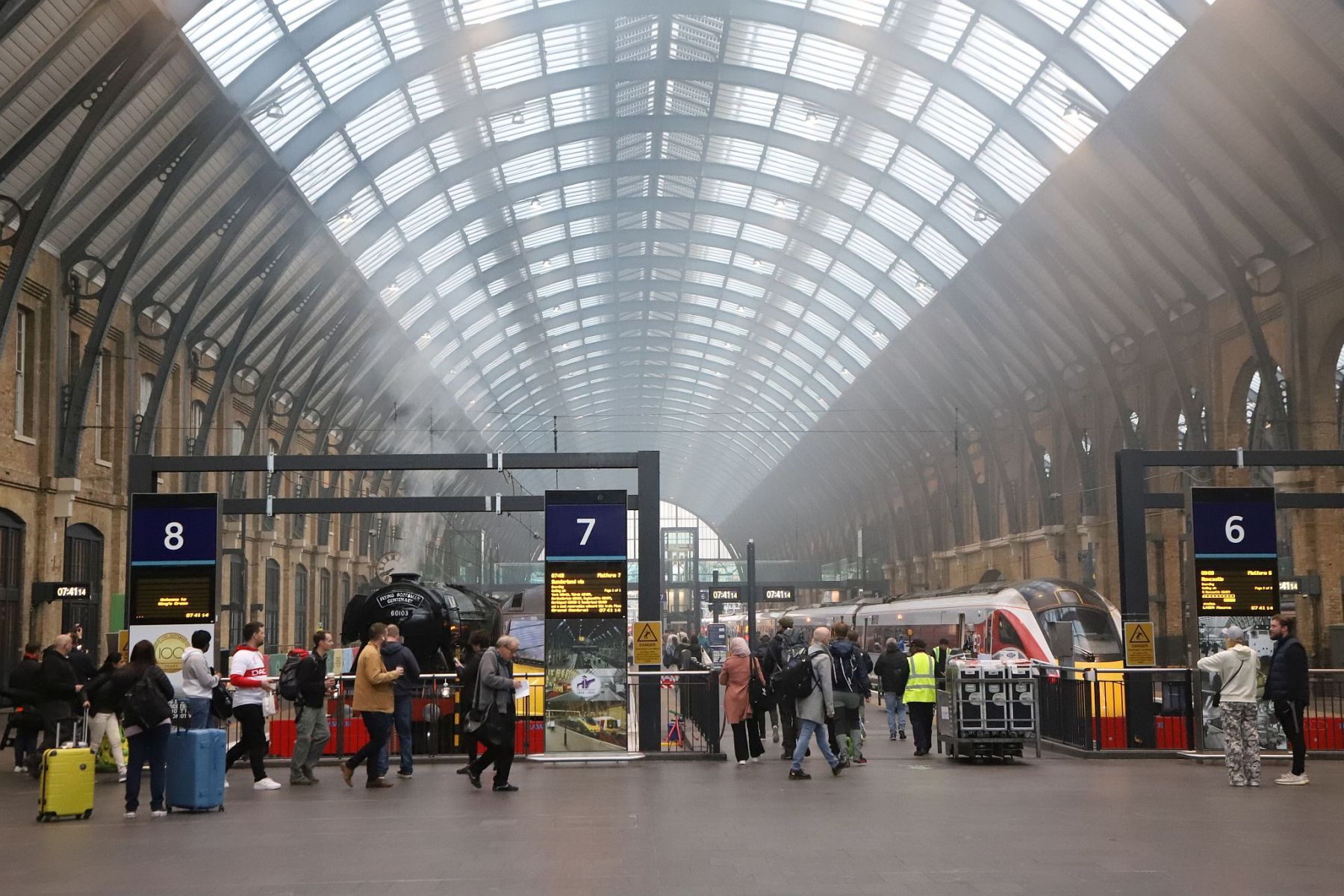 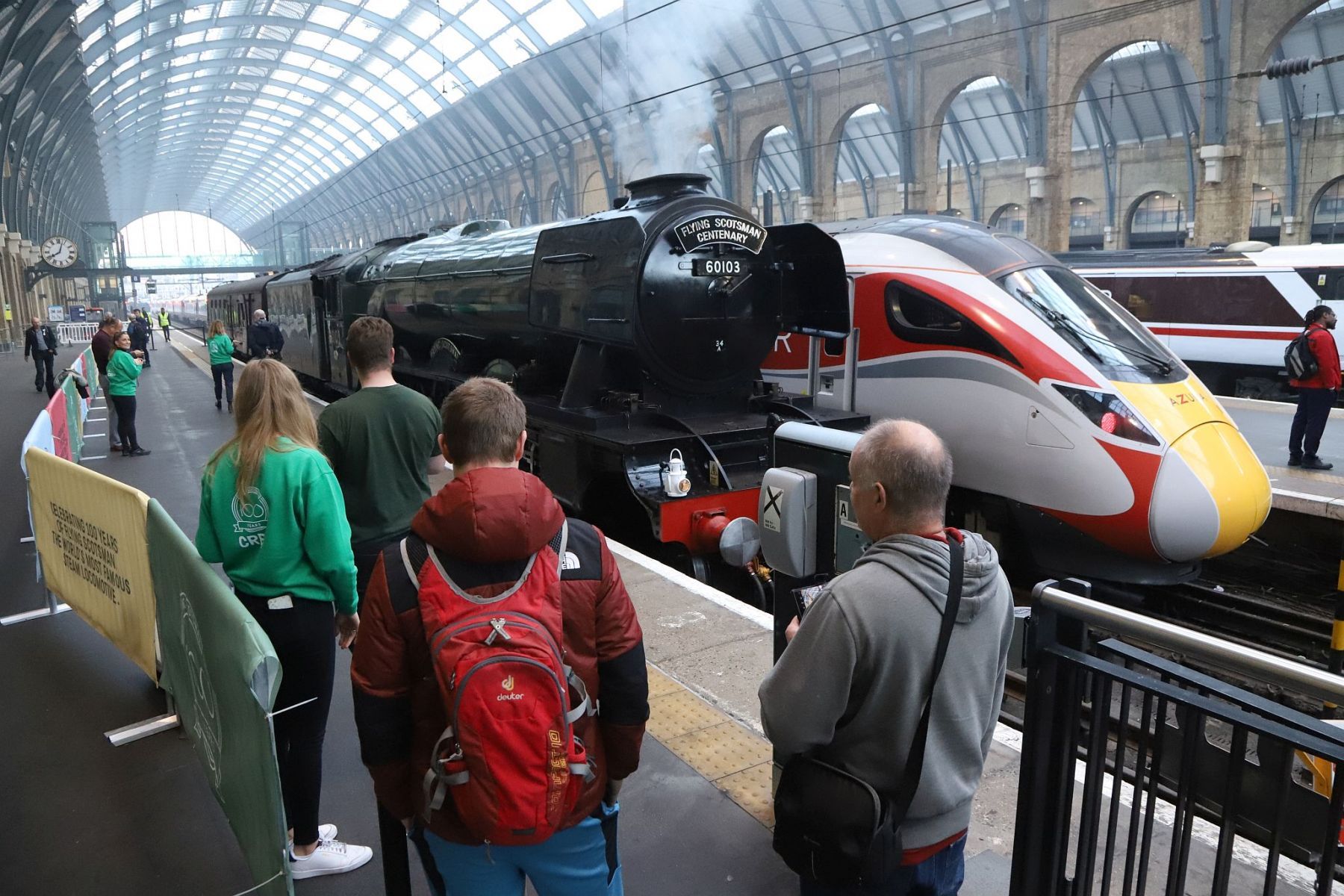 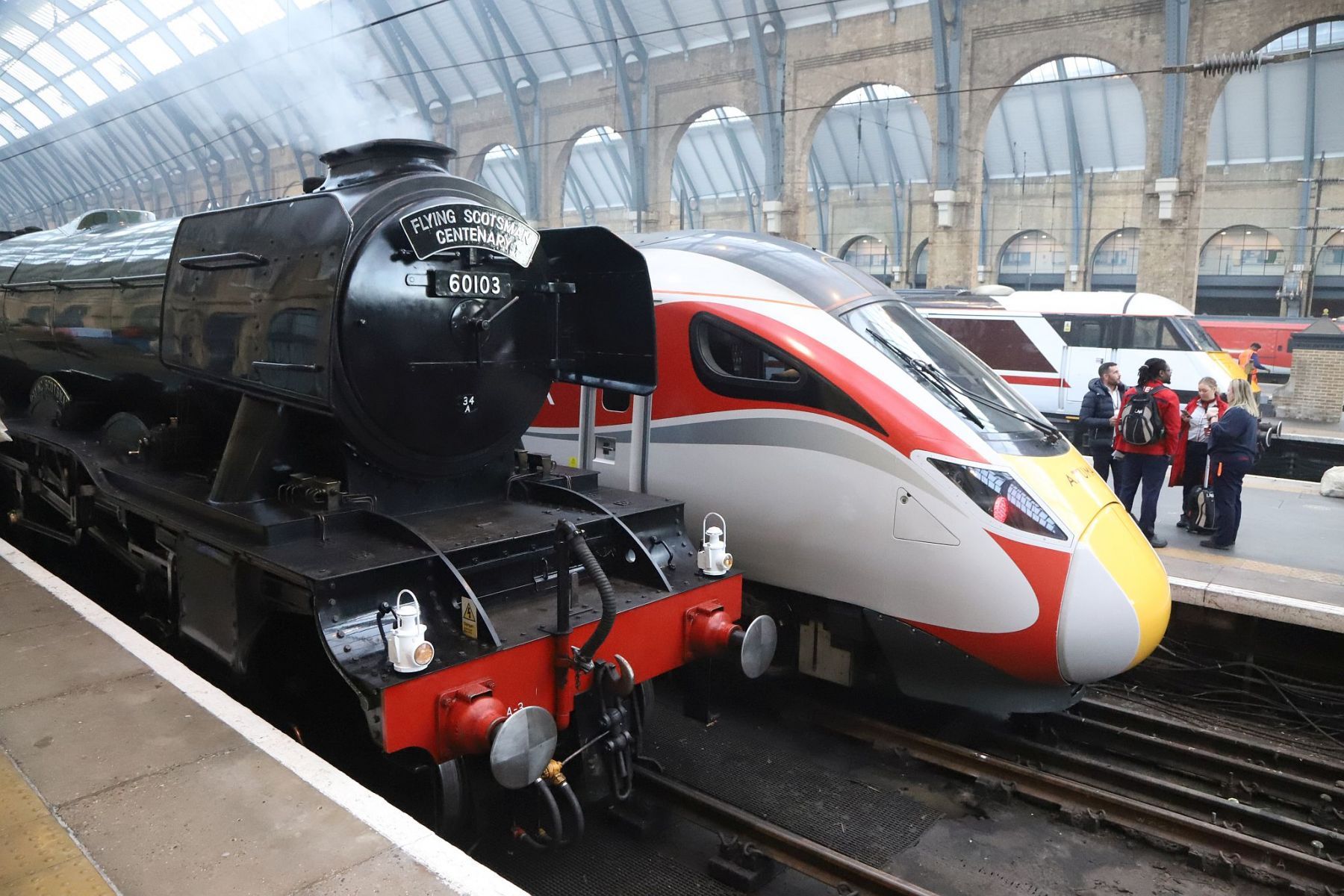 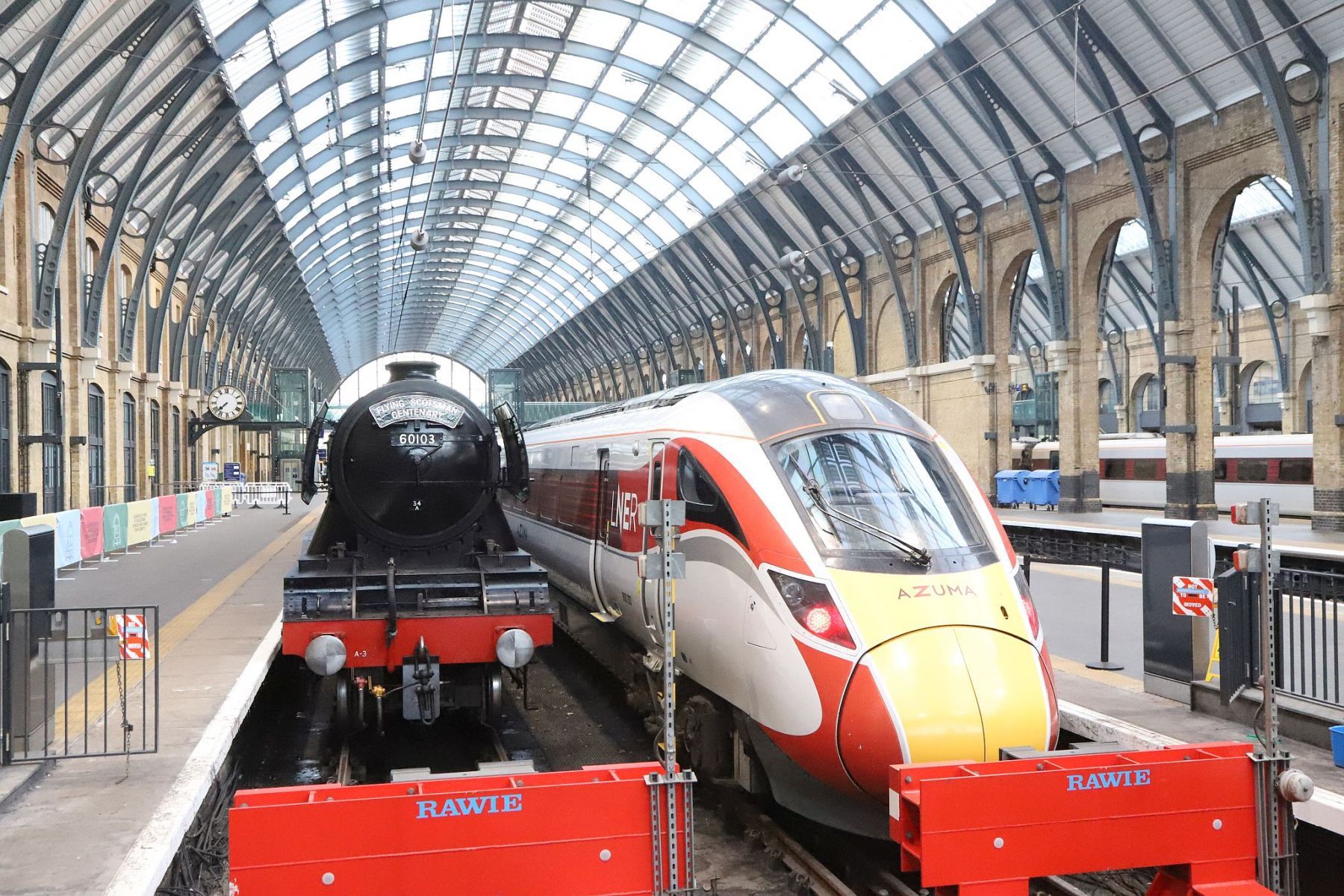 It was great to see so many children had been brought along to experience the Flying Scotsman magic.

The surprised and delighted looks on some of the thousands of passengers using the station when they saw a steam engine was great fun to watch. 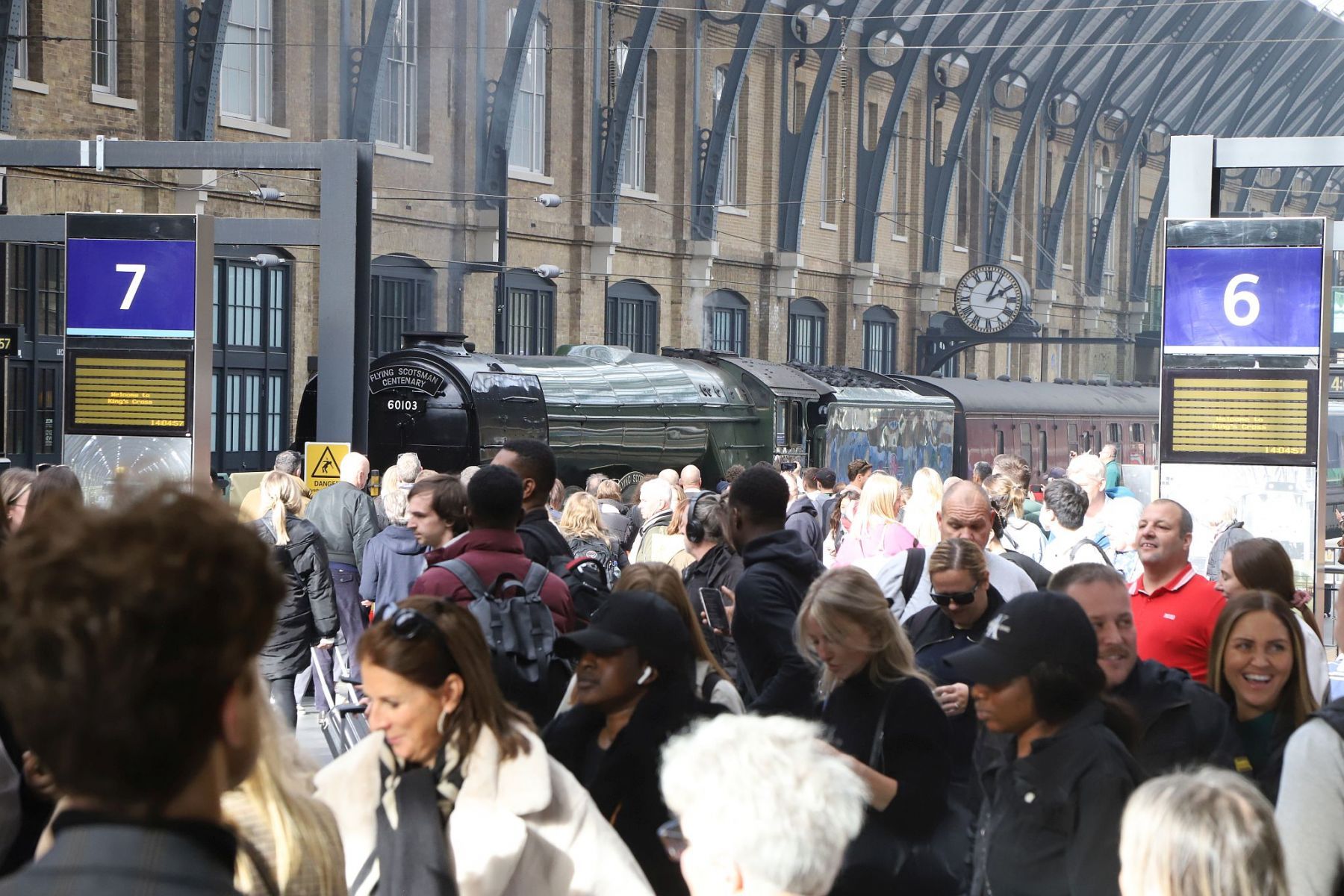 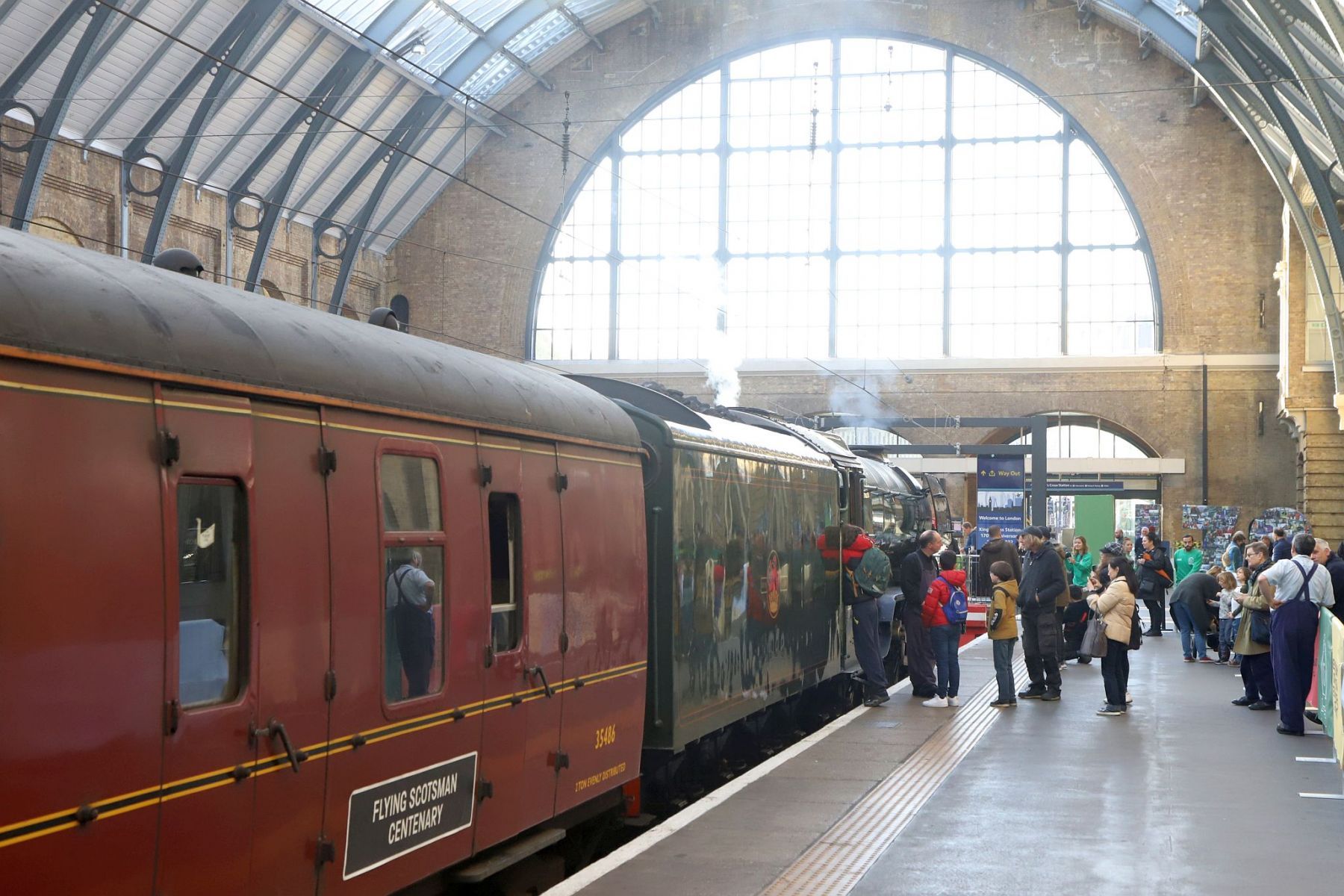 All the way through the event, children stopped and stared to soak up the sounds and smells of a living, breathing steam engine.

They continue to enchant the children of today’s Internet age. 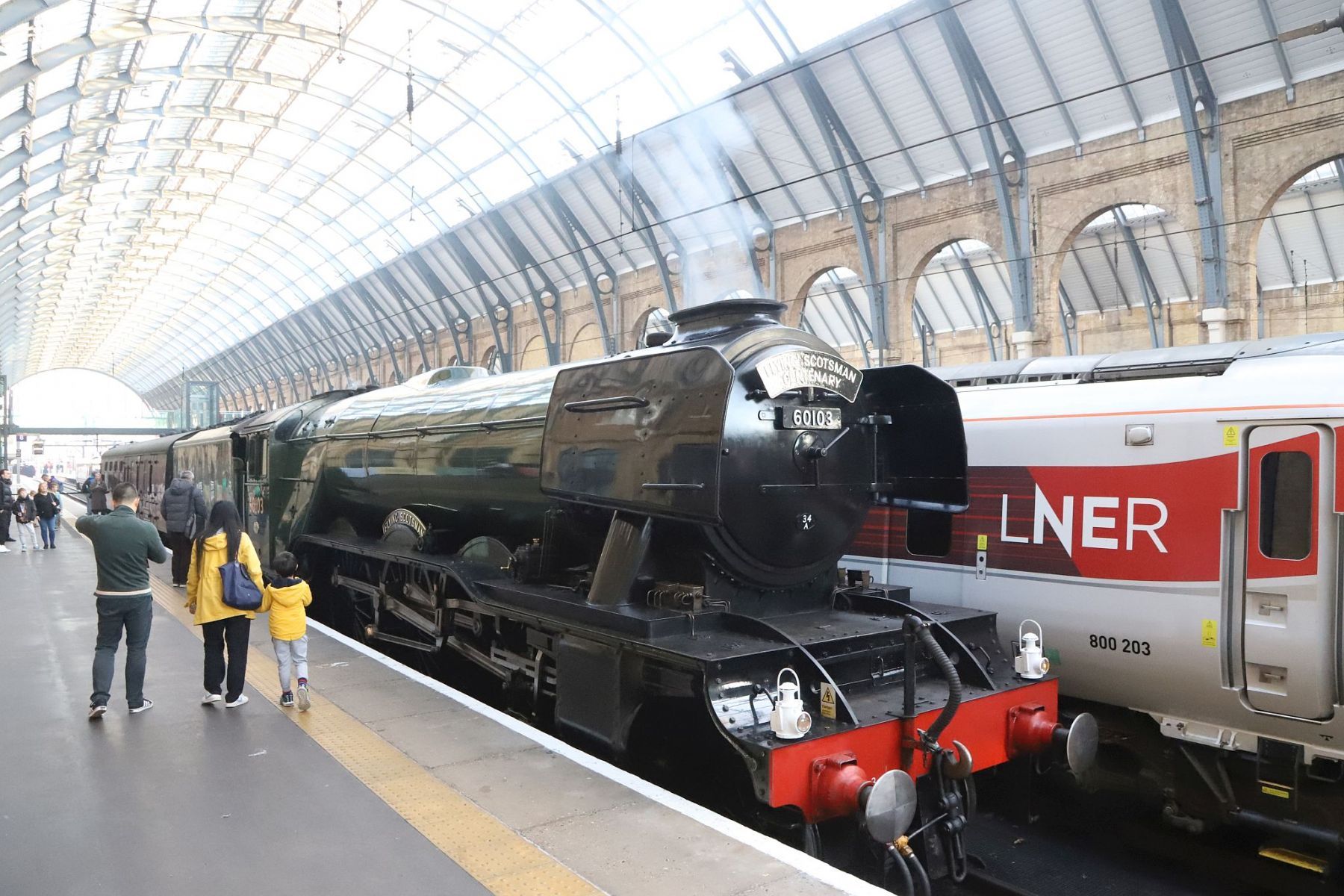 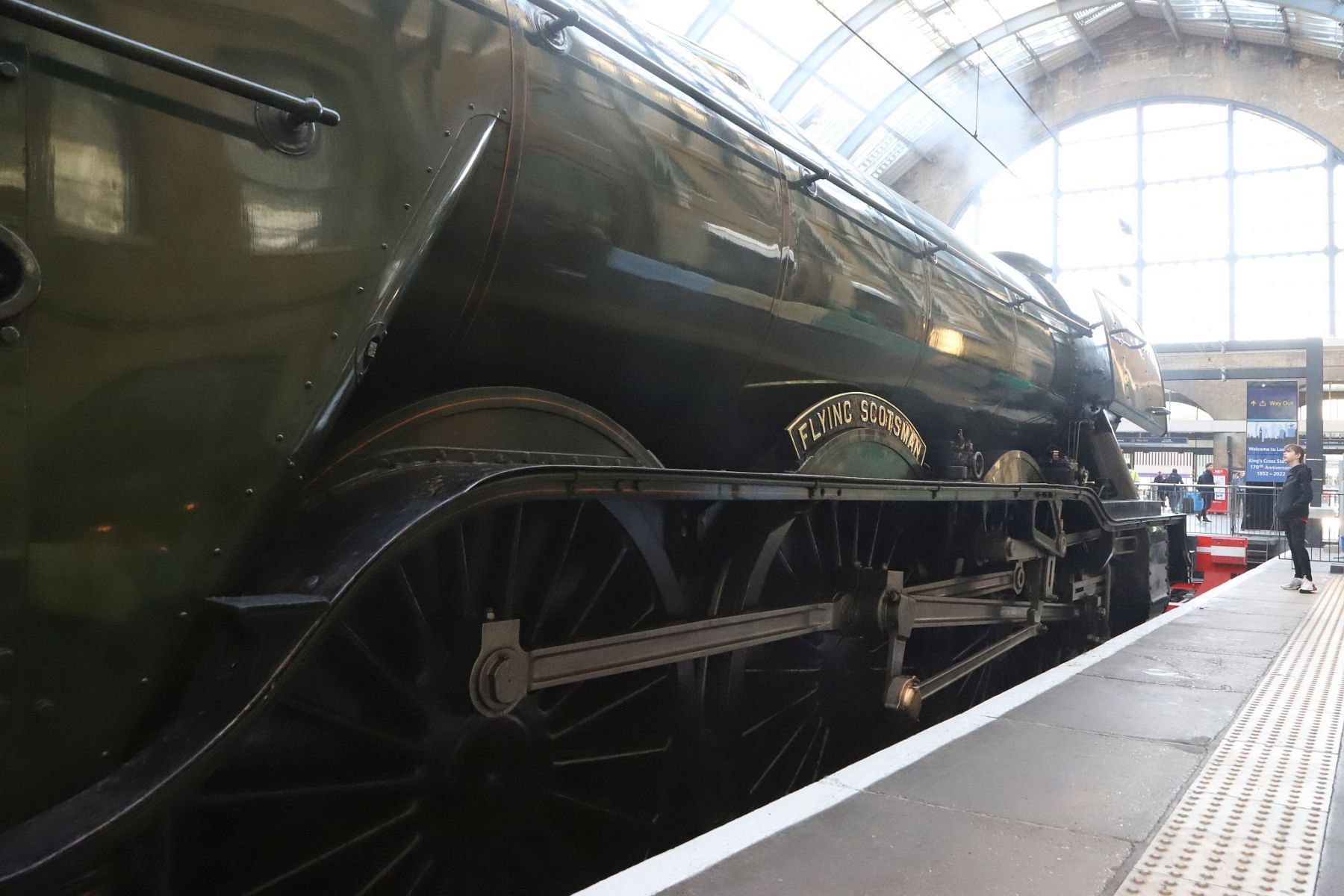 The Flying Scotsman train always departed at 10:00 headed to Edinburgh. By good fortune the locomotive was parked with a big clock in the background. The whistle was blown at 10:00 to remember all those past departures.

The only hiccup was the clock in the picture was a minute behind the digital clocks, something one of the locomotives engineers had spotted but I had misunderstood what he meant when he told me. The end result was a nearly perfect picture – we’ll just have to pretend Flying Scotsman’s whistle was being sounded to say she was ready to move the moment the clock struck 10:00. 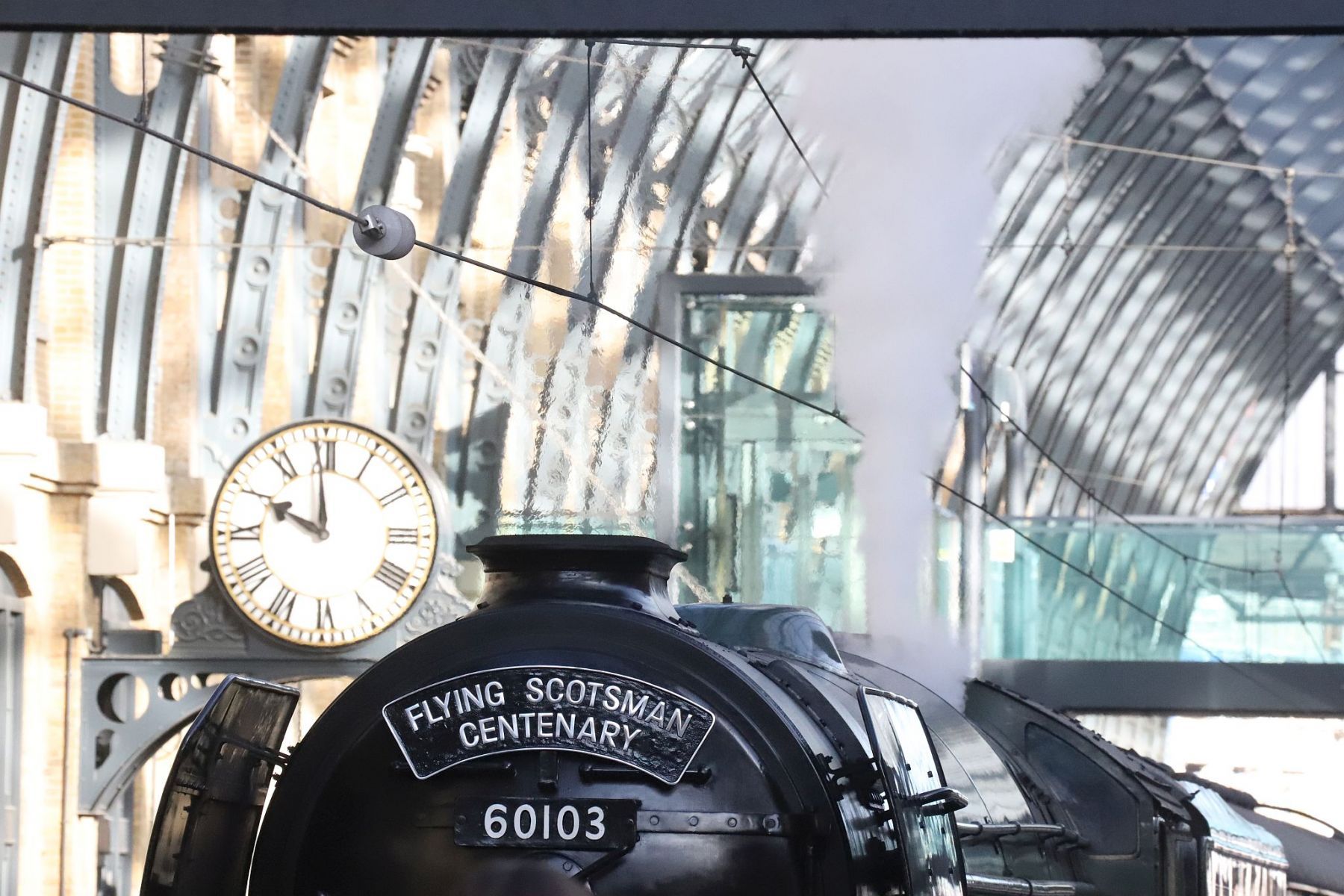 The British Railways logo on the side of the tender. 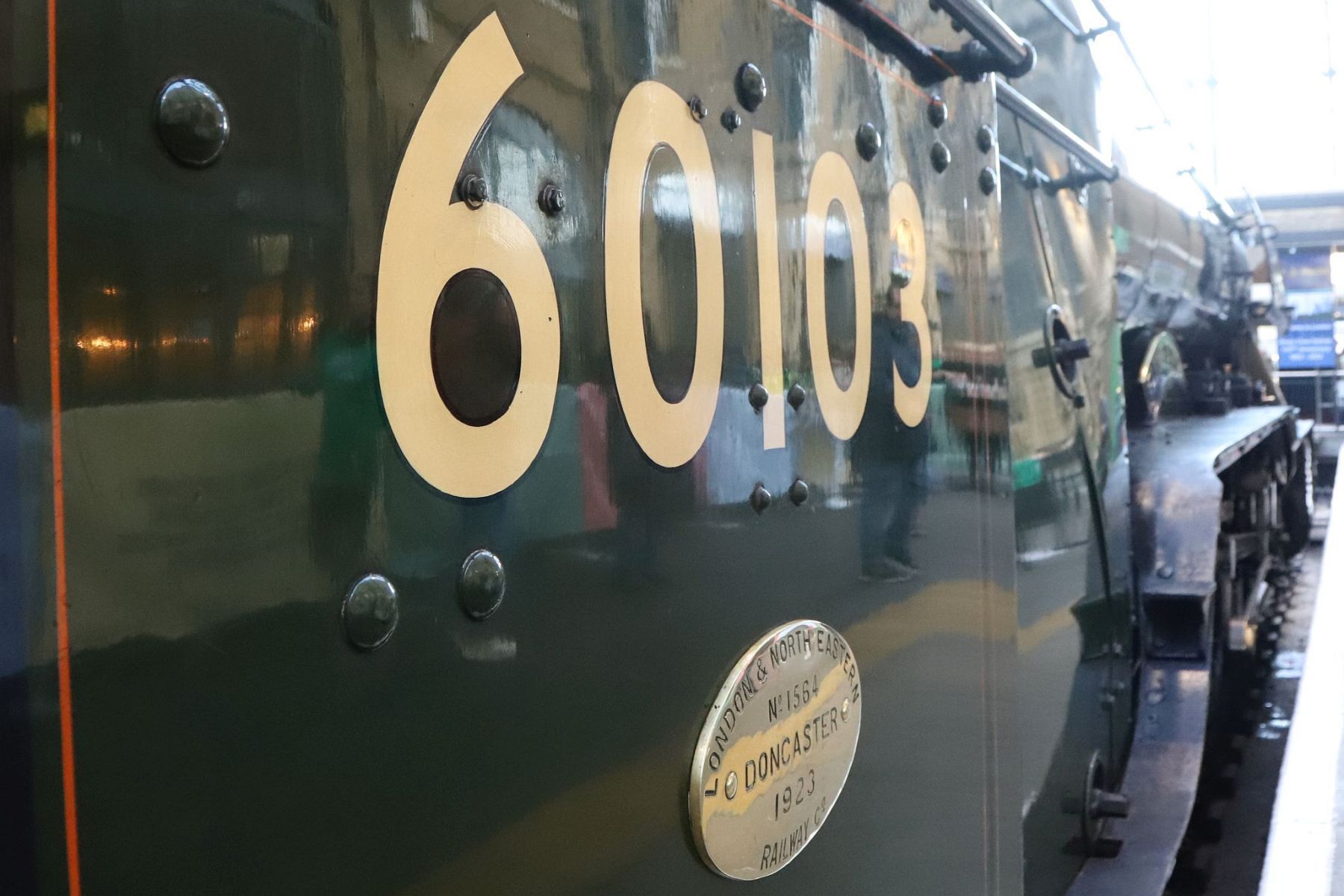 Flying Scotsman’s number on the side of the cab. In LNER days she had the number 4472. The oval plaque below is the builder’s plate detailing when and where built. 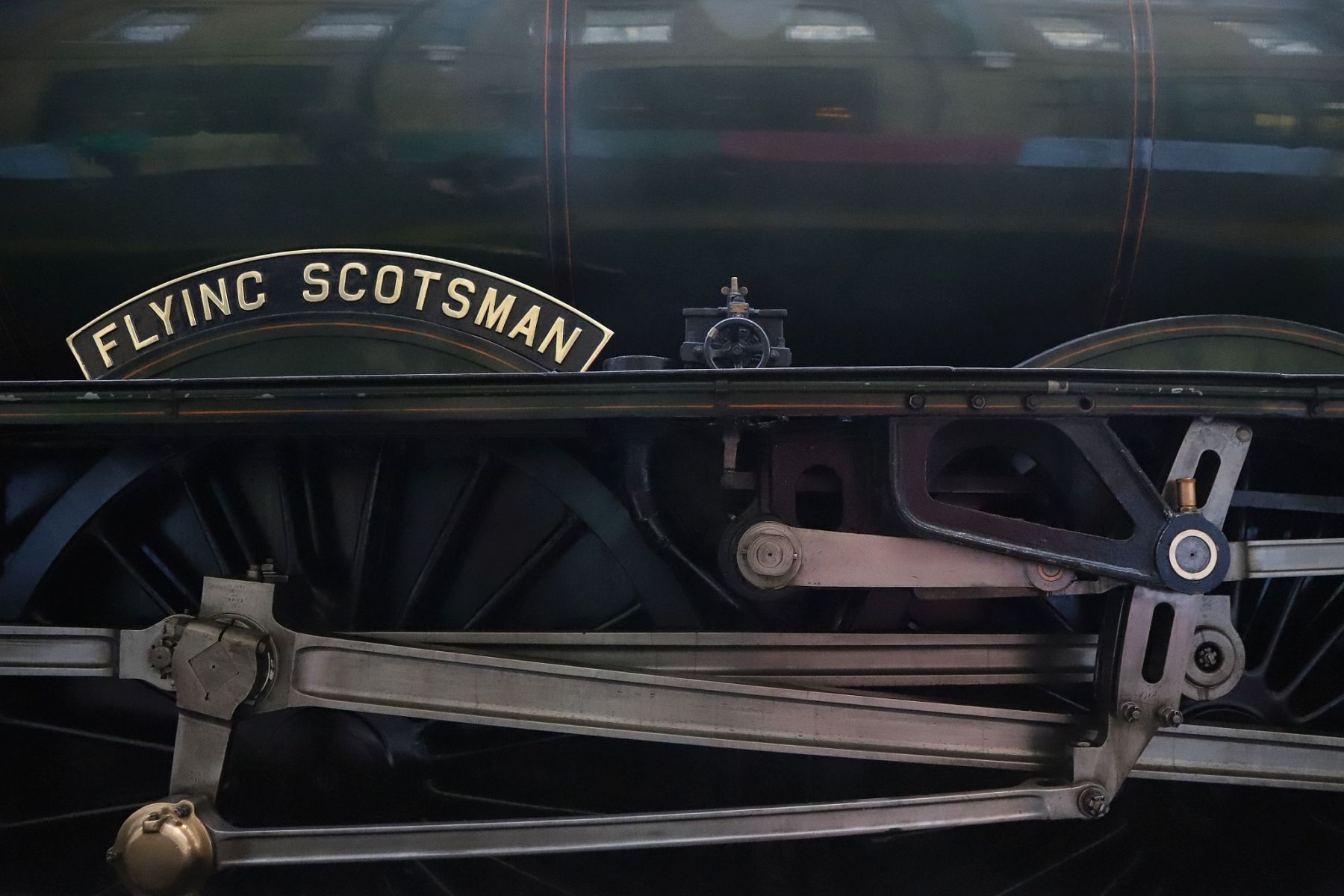 Drag the image around just like Google Street View.

Excellent. The time spent there on the platform was enjoyable mingling with people who were there to enjoy themselves. Everyone was polite and did their best to stay out of each other’s photographs. Yes, the tickets seemed expensive, but the atmosphere of the day being alongside such a locomotive made it all worthwhile. The reality is this must of been a seriously expensive event for the project team to put on.

There must of been huge numbers of people who worked on this project to deliver an exhibition in the middle of a working station. As a complete outsider, this is the list I gathered.