To mark the occasion, the RAF Red Arrows and their French counterparts, the Patrouille de France, (making 18 aircraft) flew over London at 17:00BST, unusually flying from West to East. 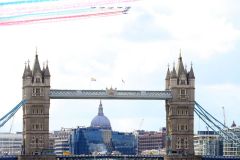 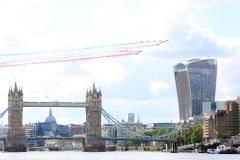 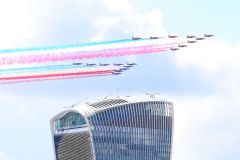 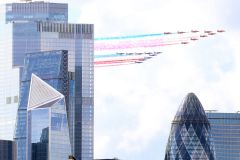