I only went because I got a free ticket – and I was blown away.

Art is not normally my thing, but I’ll try anything once plus I could see this would be a challenge to photograph.

The website IanVisits (superb London event listing diary) flagged up Frameless had a free ticket promotion which was all the encouragement I needed. The only tickets available were for the child friendly time slots – which turned out to be the icing on the cake.

Frameless is in the basement of a building five minutes walk from Marble Arch Underground station on the Central Line. Tickets are scanned in a reception area after which you descend into the building in one of the lifts or escalator, the escalators descending through a hall of mirrors.

The friendly staff greet you in the main circulating area, pointing out the cafe, toilets, gift shop and the all important galleries. You’re underground but it is light, airy and huge – there is no feeling of claustrophobia.

The four galleries show a program on a loop, cycling through the animated paintings which are projected on all four sides of the room, ceiling and floor. Some of the paintings are motion sensitive so when, for example, there are leaves projected on the ground, the move out of the way as you walk across the room.

It was so much fun watching the crawling babies and toddlers trying to make sense of what they were experiencing, trying to pick up the leaves and just being immersed in the experience.

The photographs were taken using a GoPro Max 360, with each of the the photos shown three different ways:

The red bordered 360 virtual tours can be spun around like Google Street View, clicking on the square icon makes it full screen. Where my limited art knowledge has been able to identify the original painting I have included a picture of the original.

I was delighted to see The Fighting Temeraire on one of the information boards as it is a real favourite, but sadly it was not in the shows I saw. Looking forward to a return visit to try out a couple more photograph ideas.

Being a techno geek the projection setup was just as interesting as the art. There are very beefy looking projectors located around the room projecting strong colours to completely fill the space. I looked really hard and could not spot where the projected pictures joined, the animations were smooth and detailed – a team of people must of spent a long time separating out every brush stroke on some of the animations.

“The Scream” by Edvard Munch 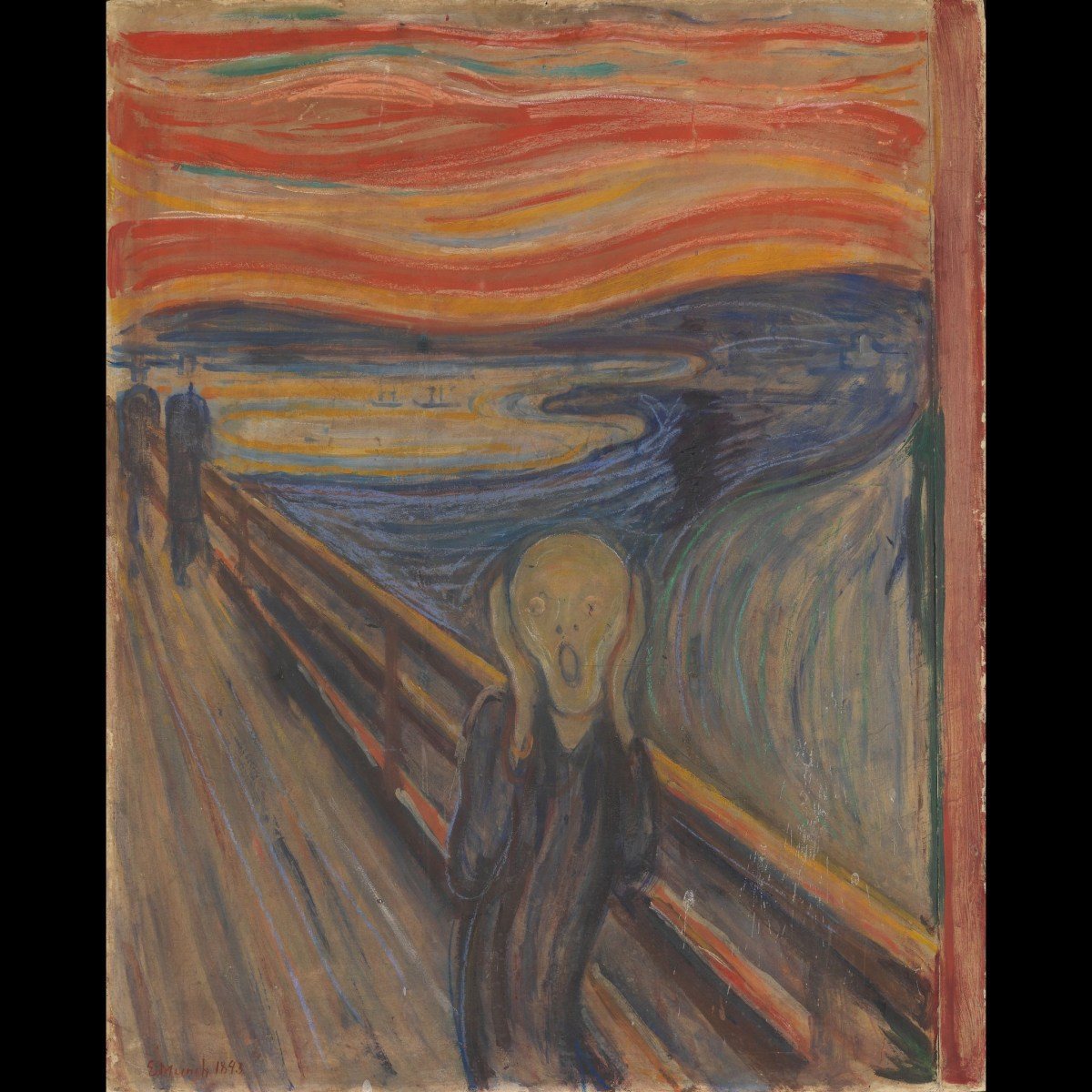 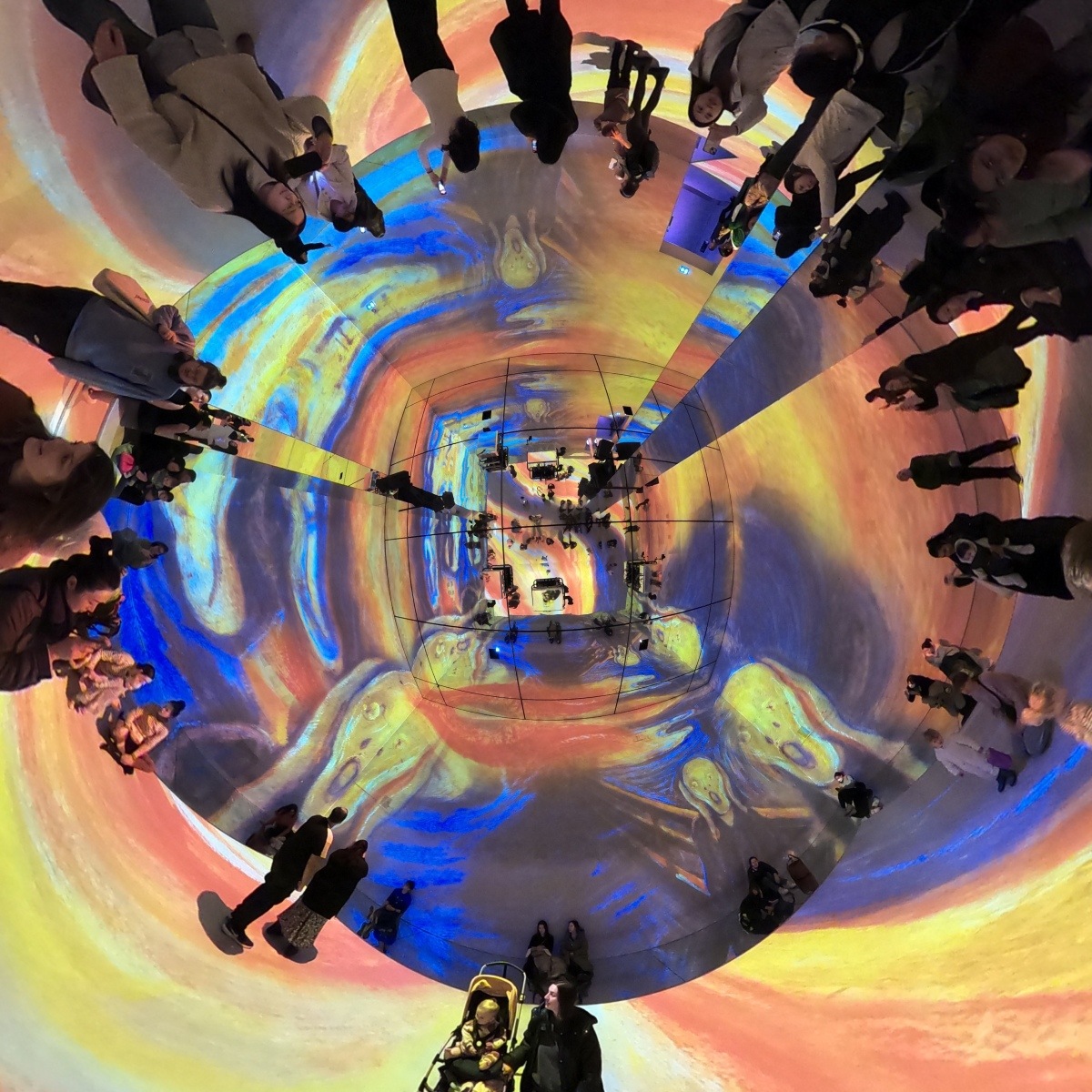 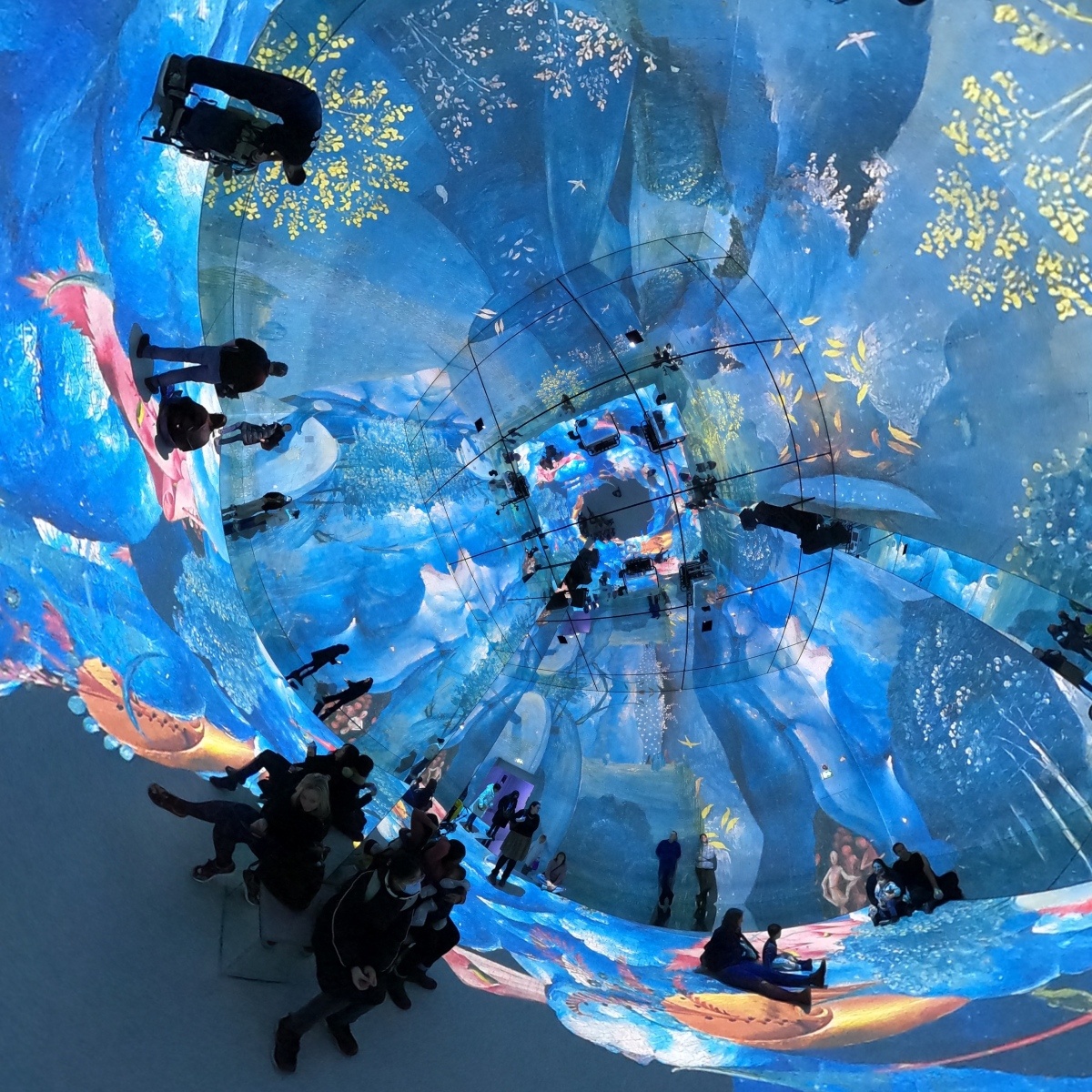 “The Persistence of Memory” by Salvador Dalí 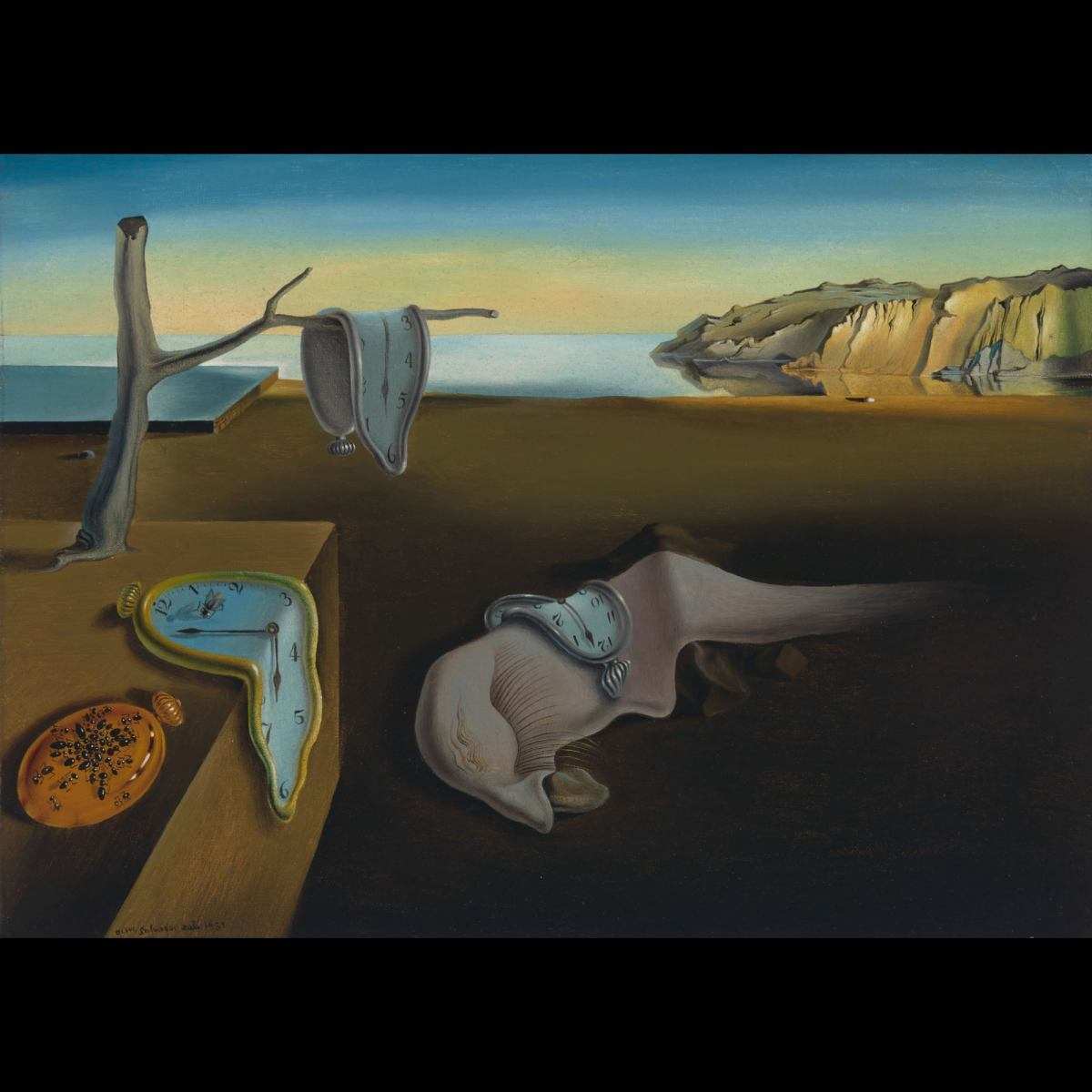 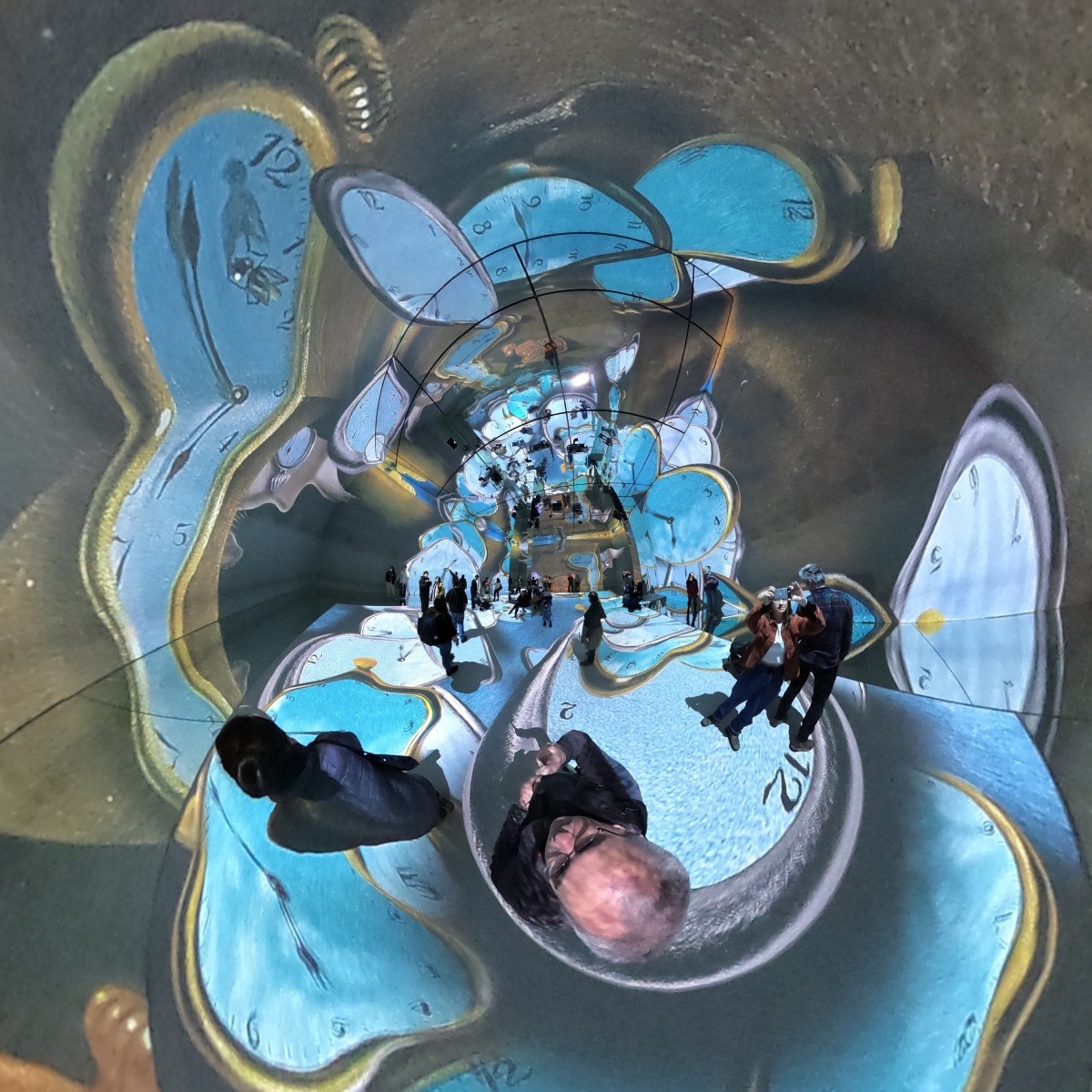 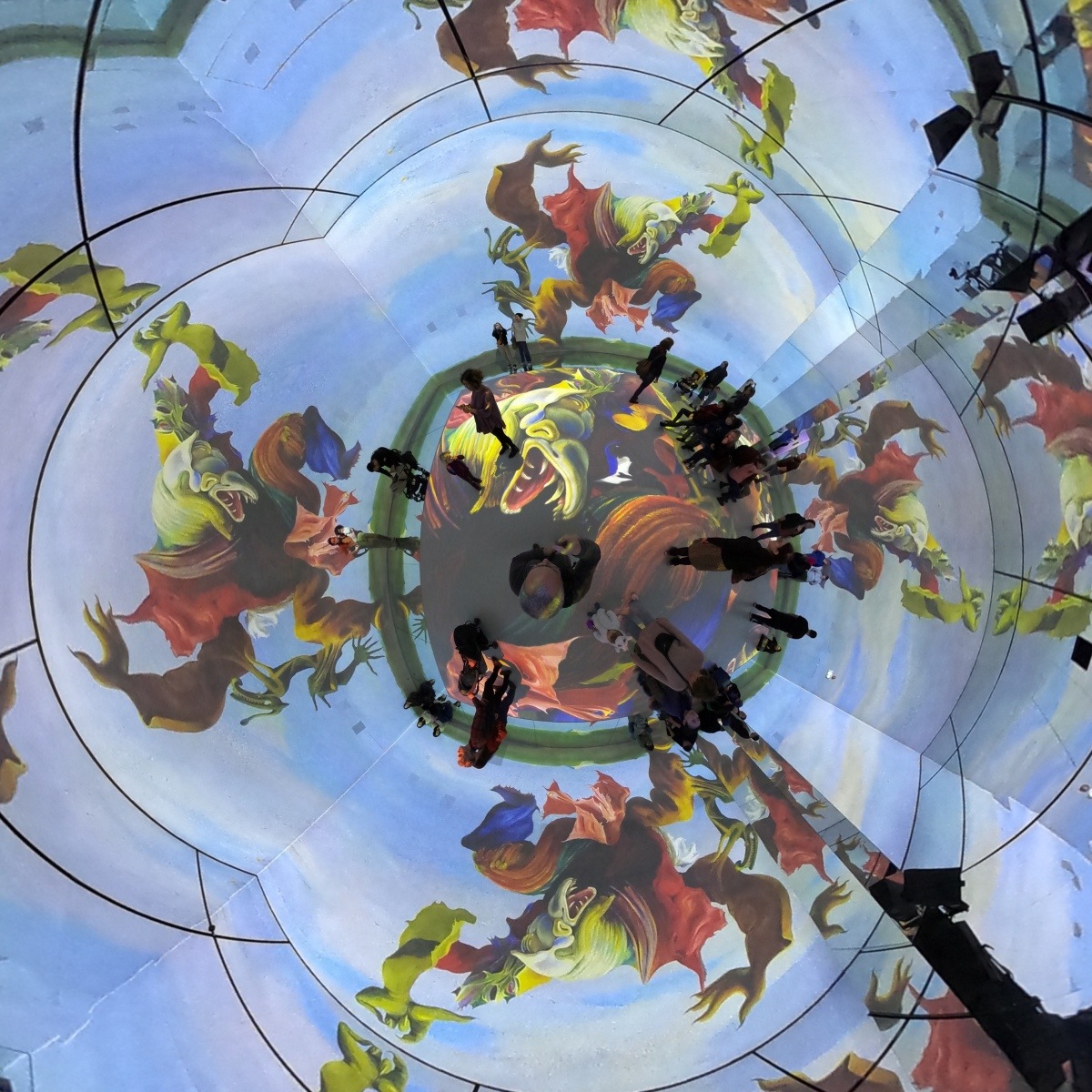 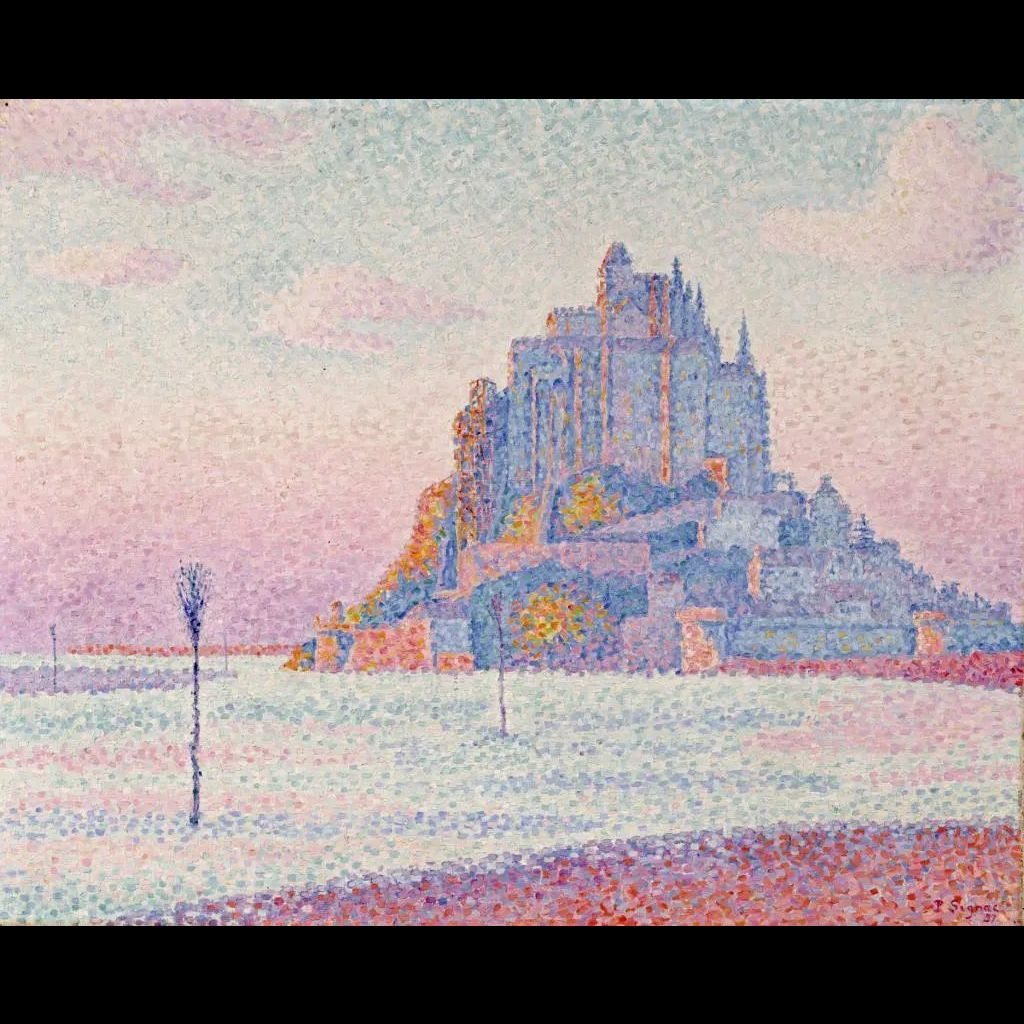 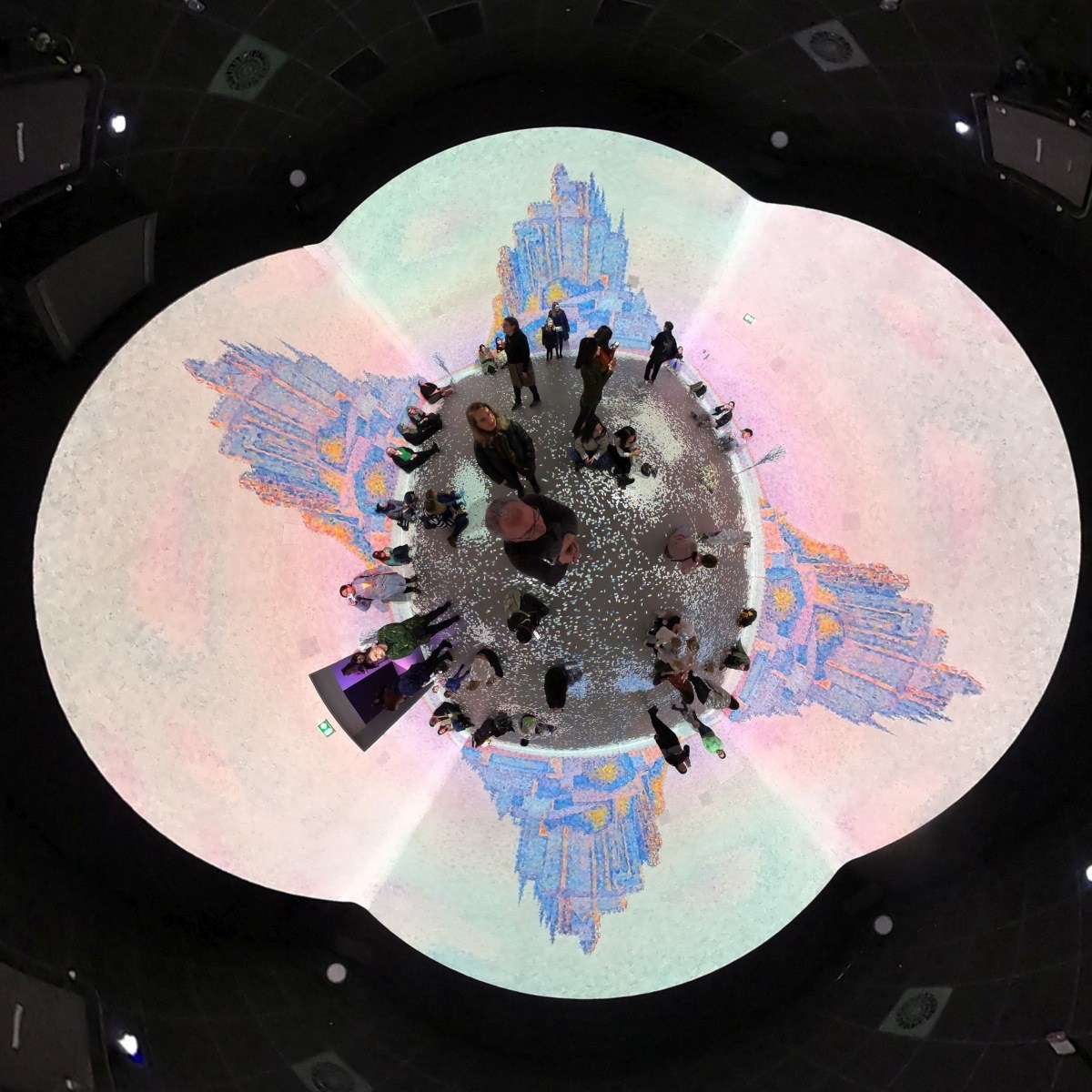 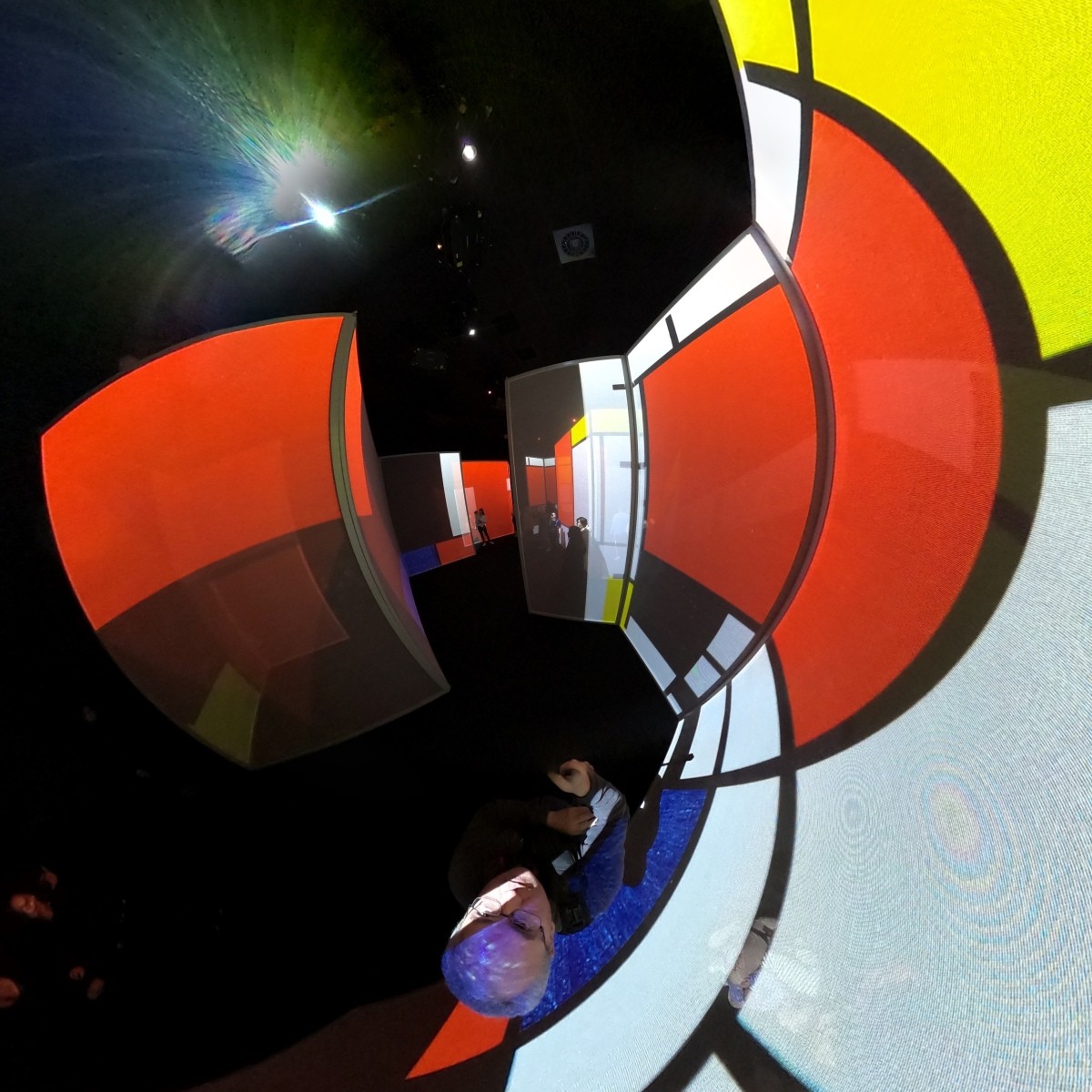 “The Storm on the Sea of Galilee” by Rembrandt 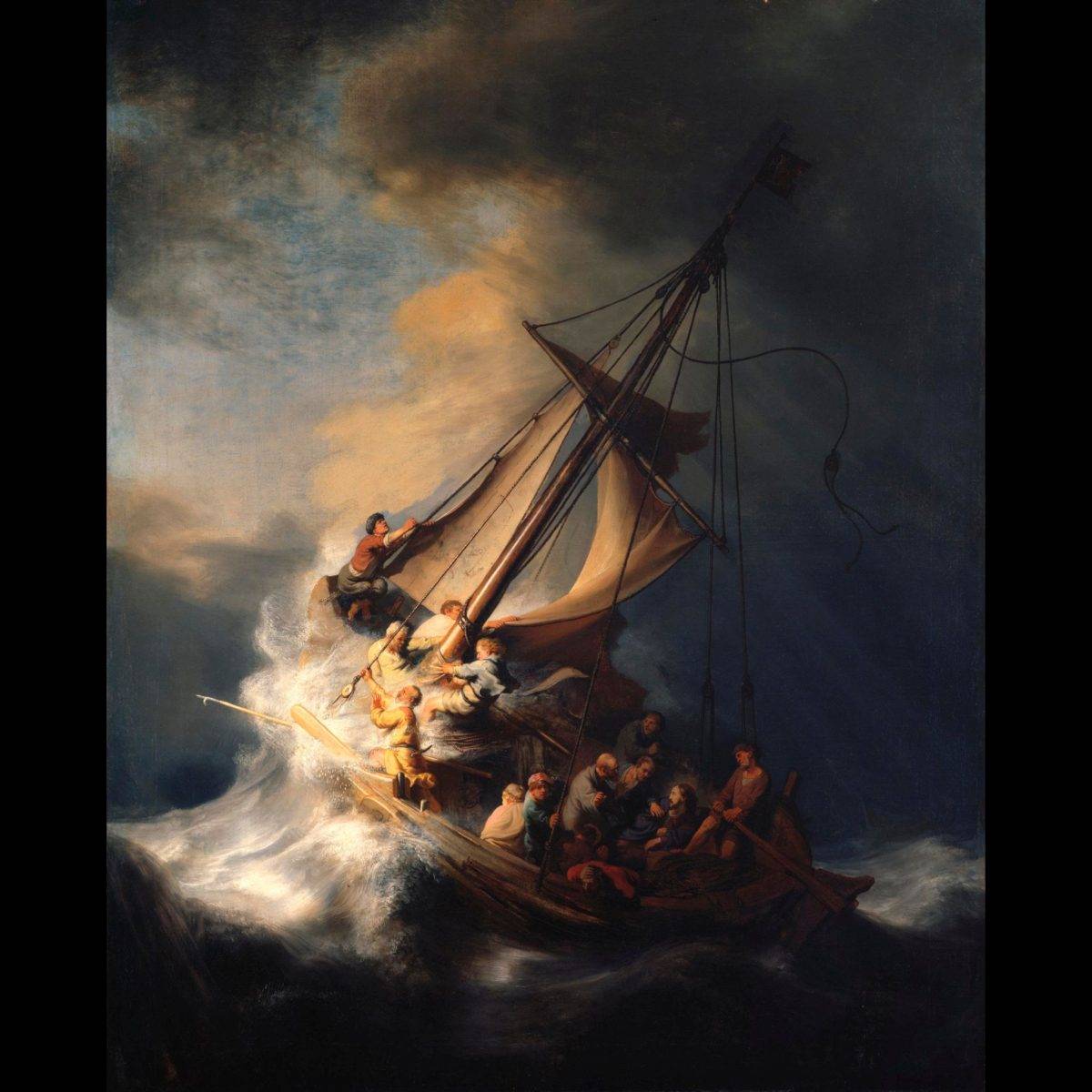 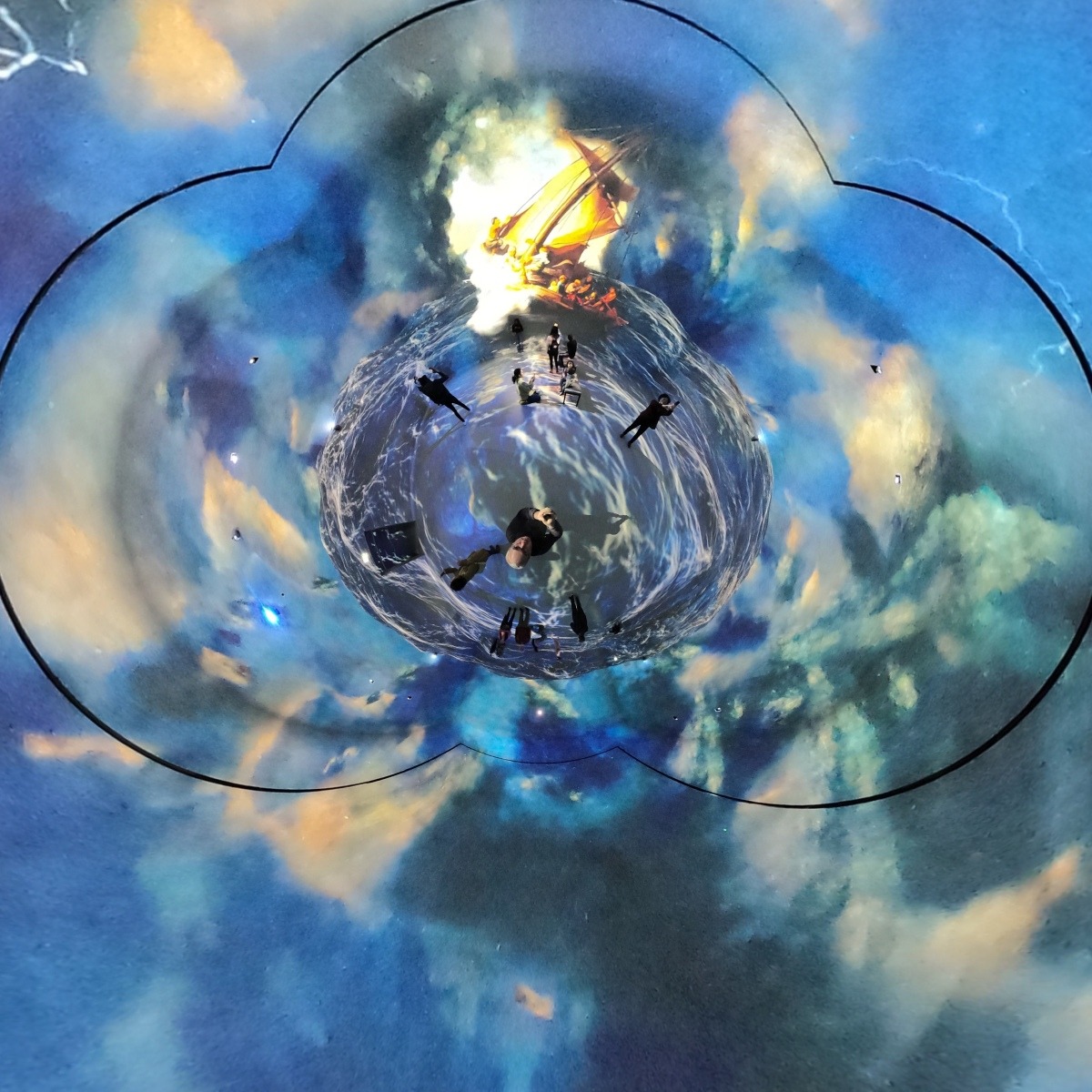 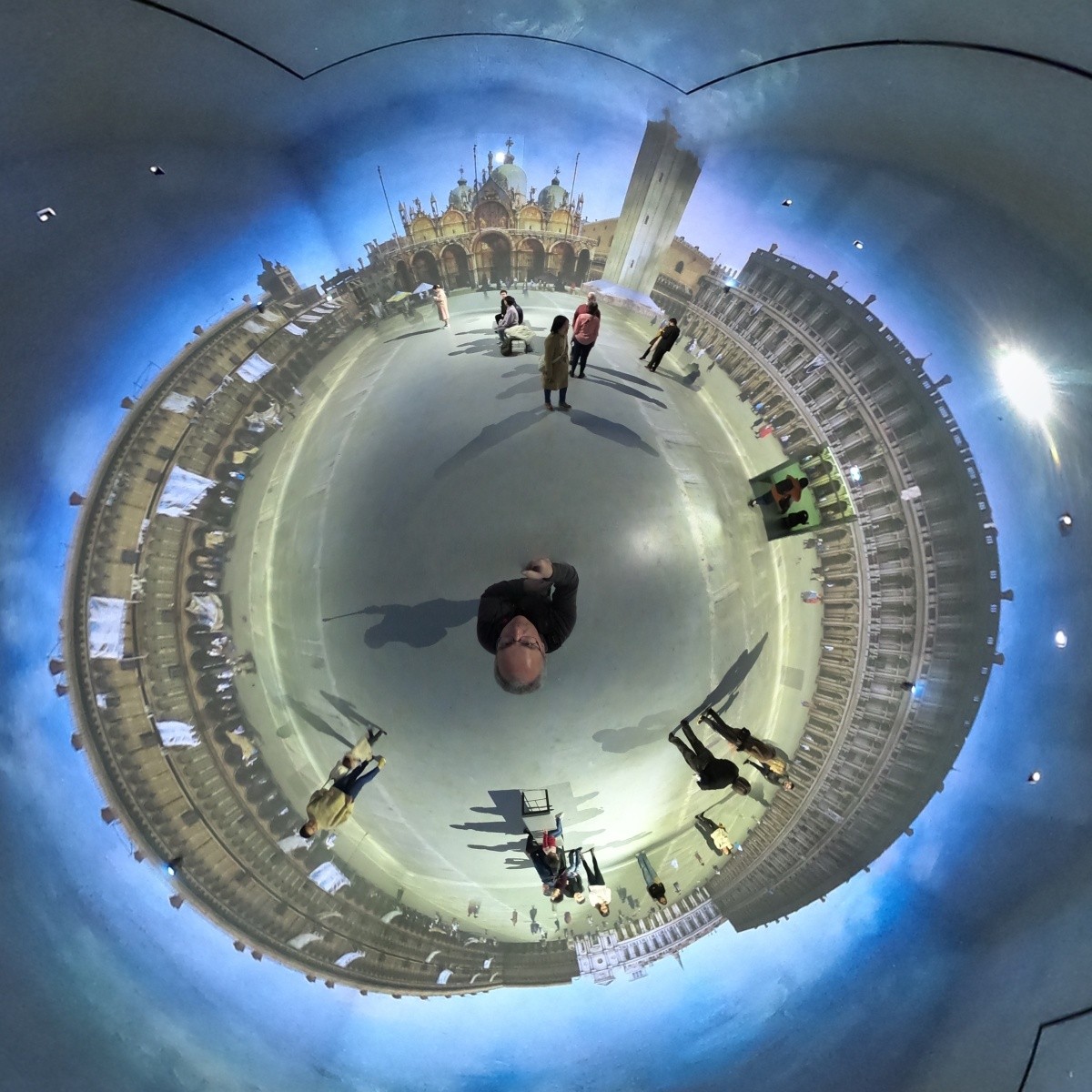 “Houses of Parliament” by Claude Monet 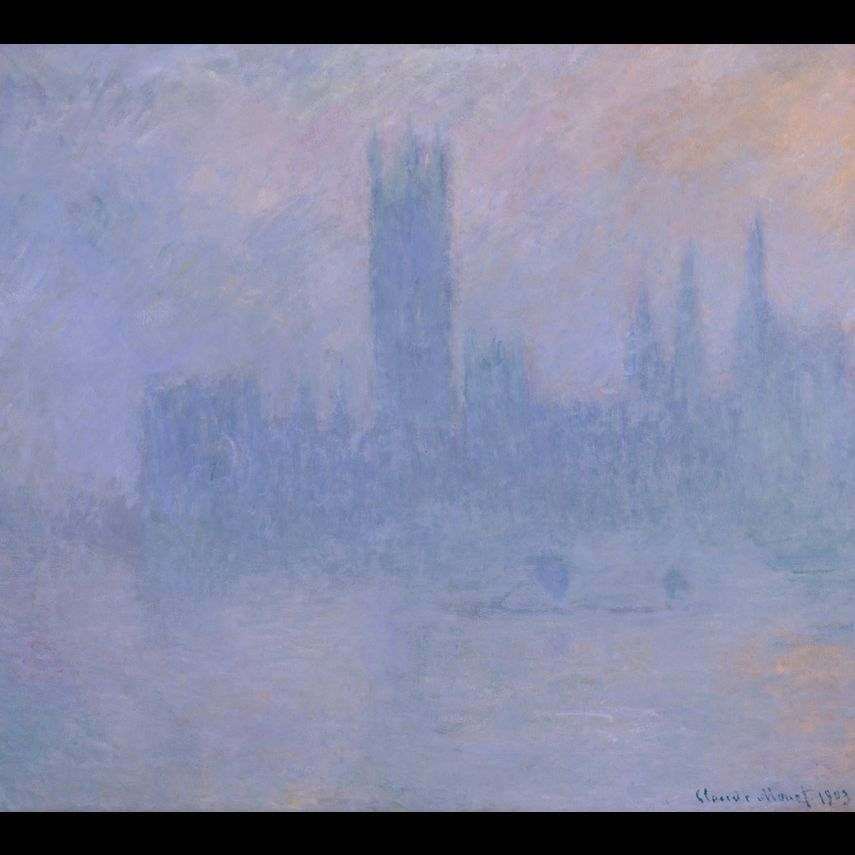 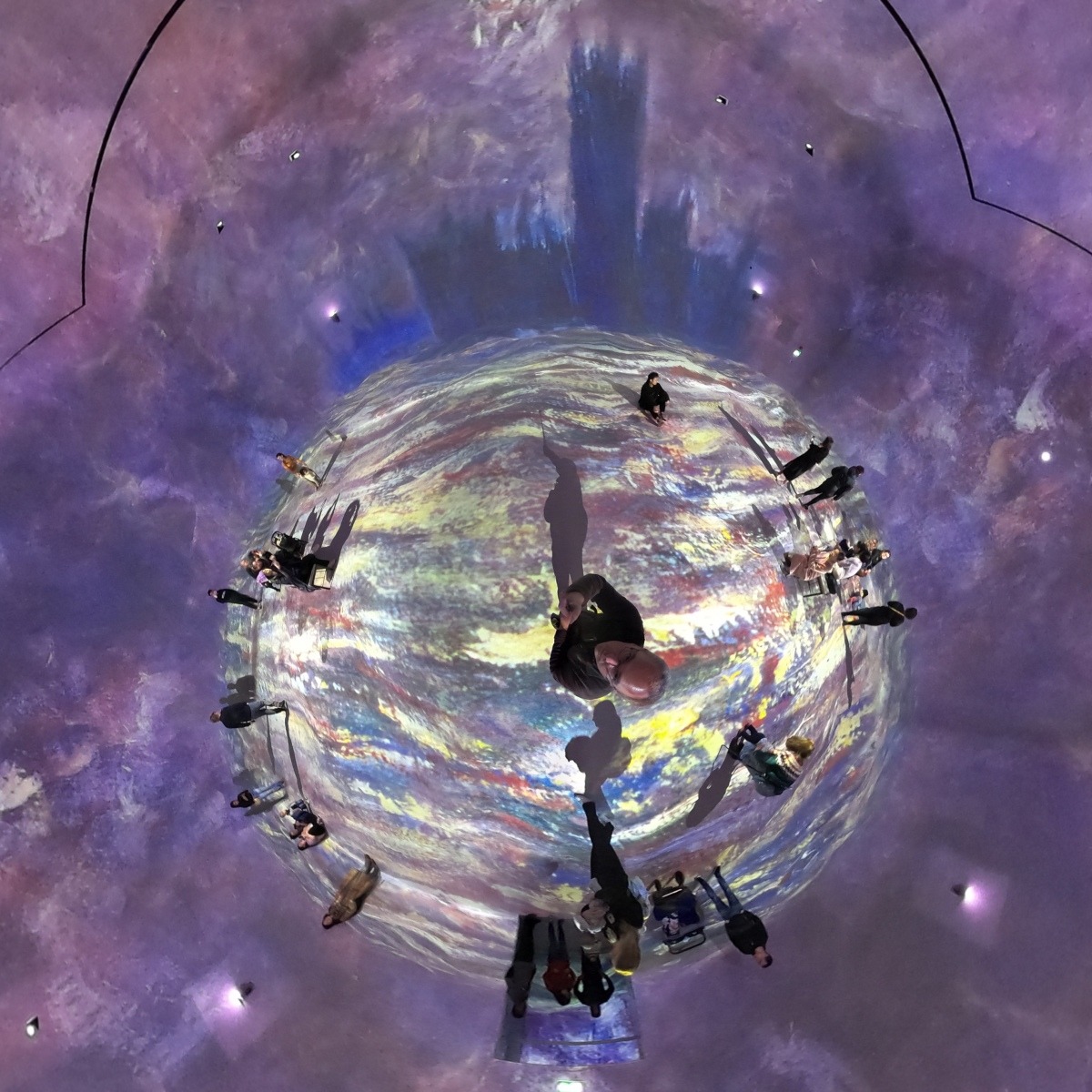 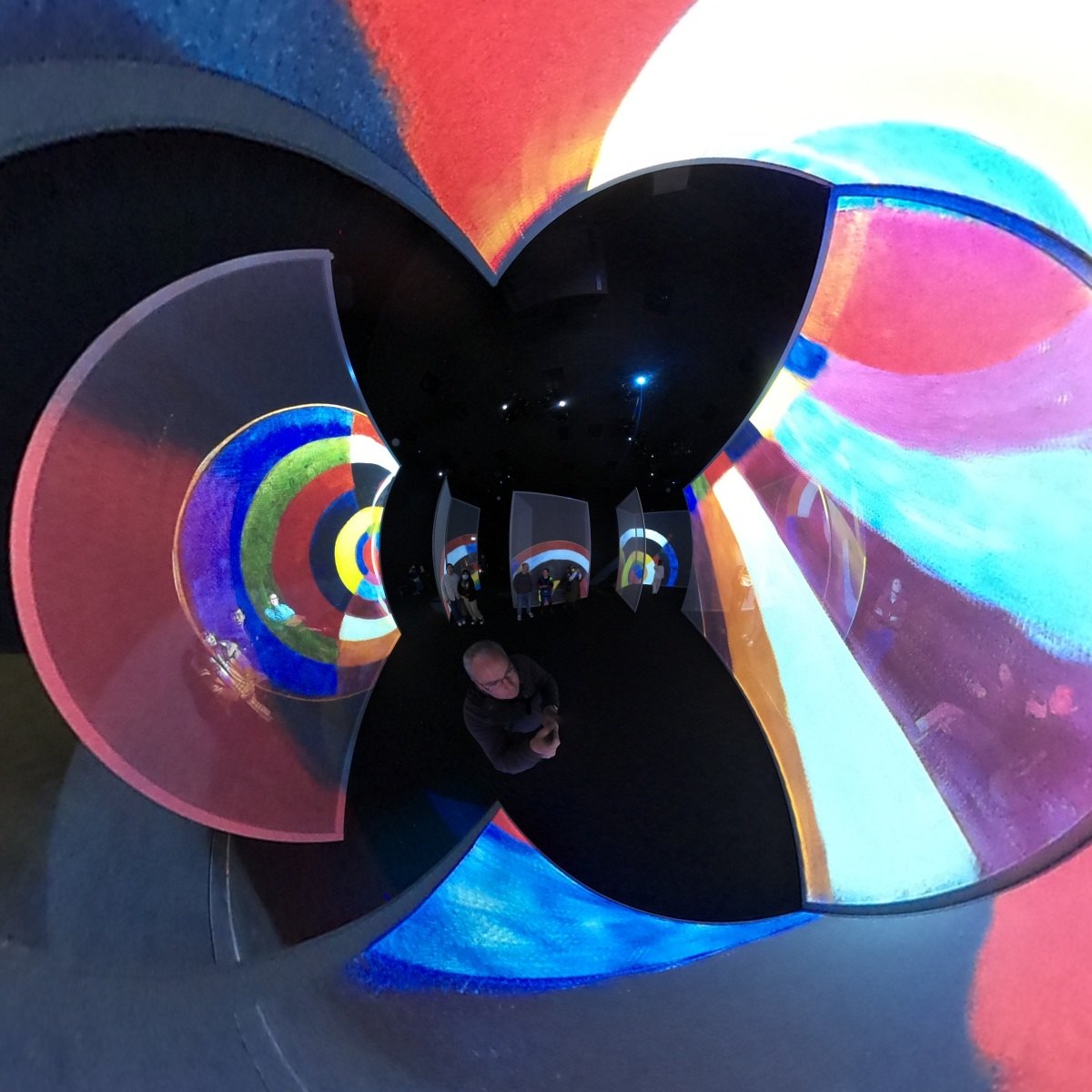 “Self Portrait” by Vincent van Gogh 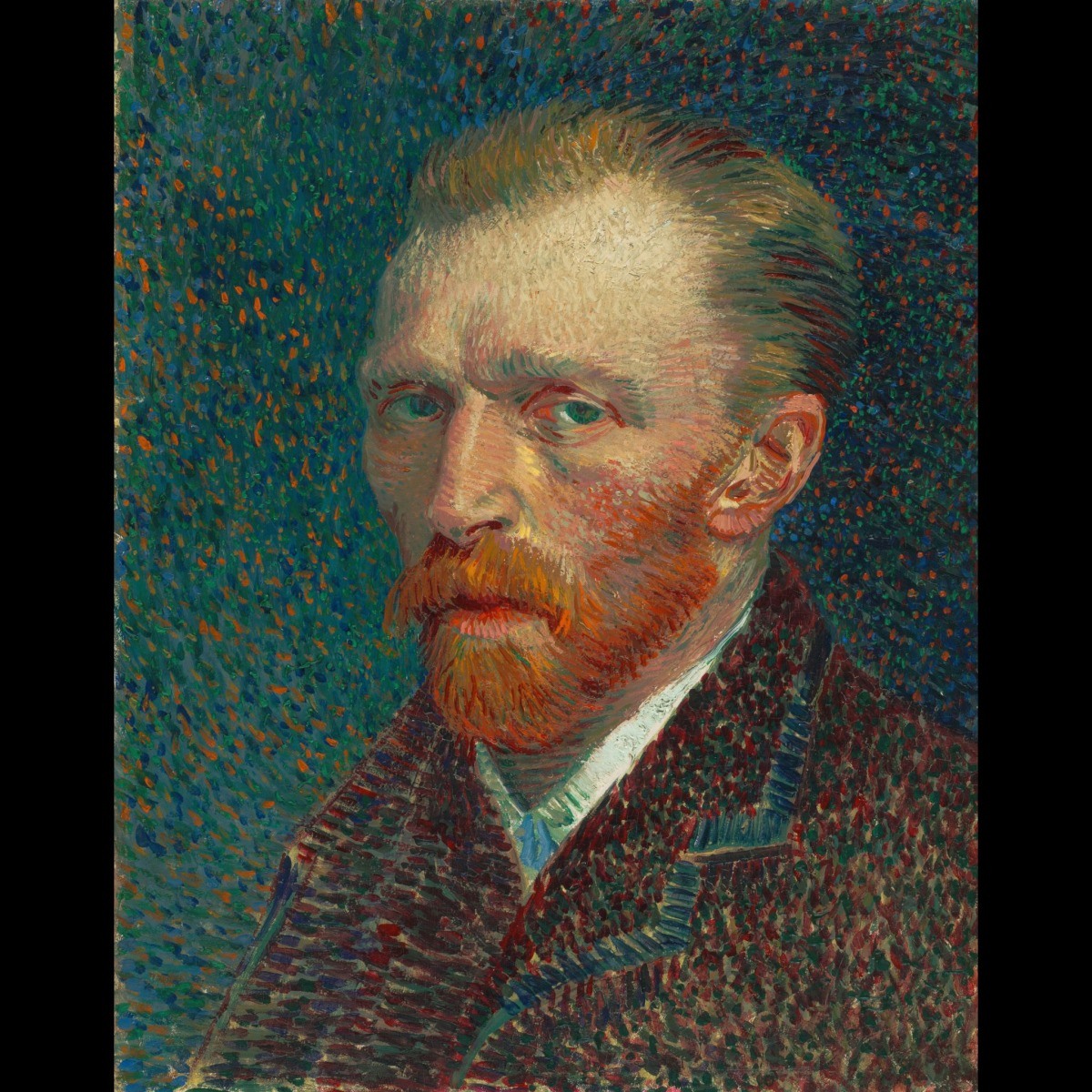 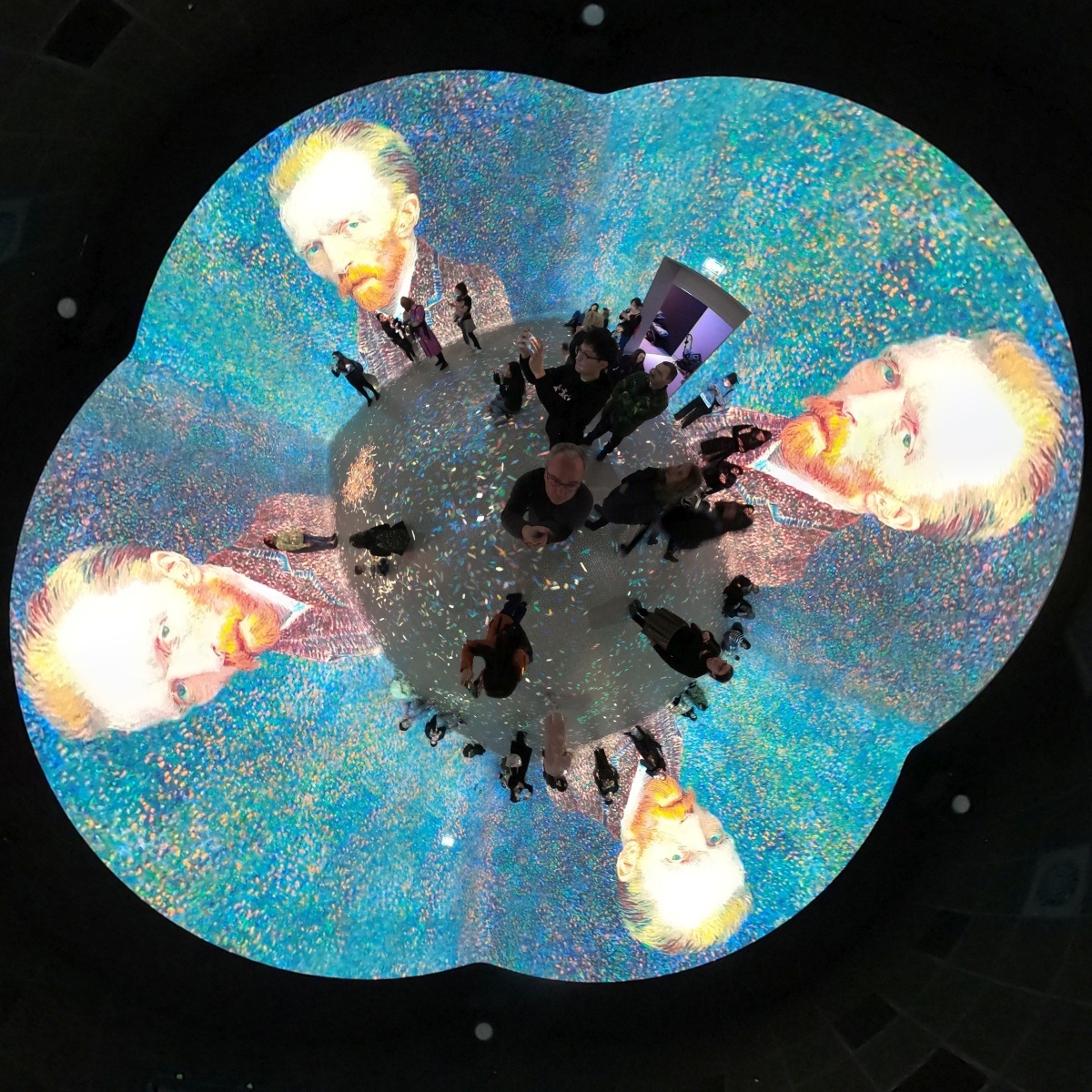 “The Elephants” by Salvador Dalí 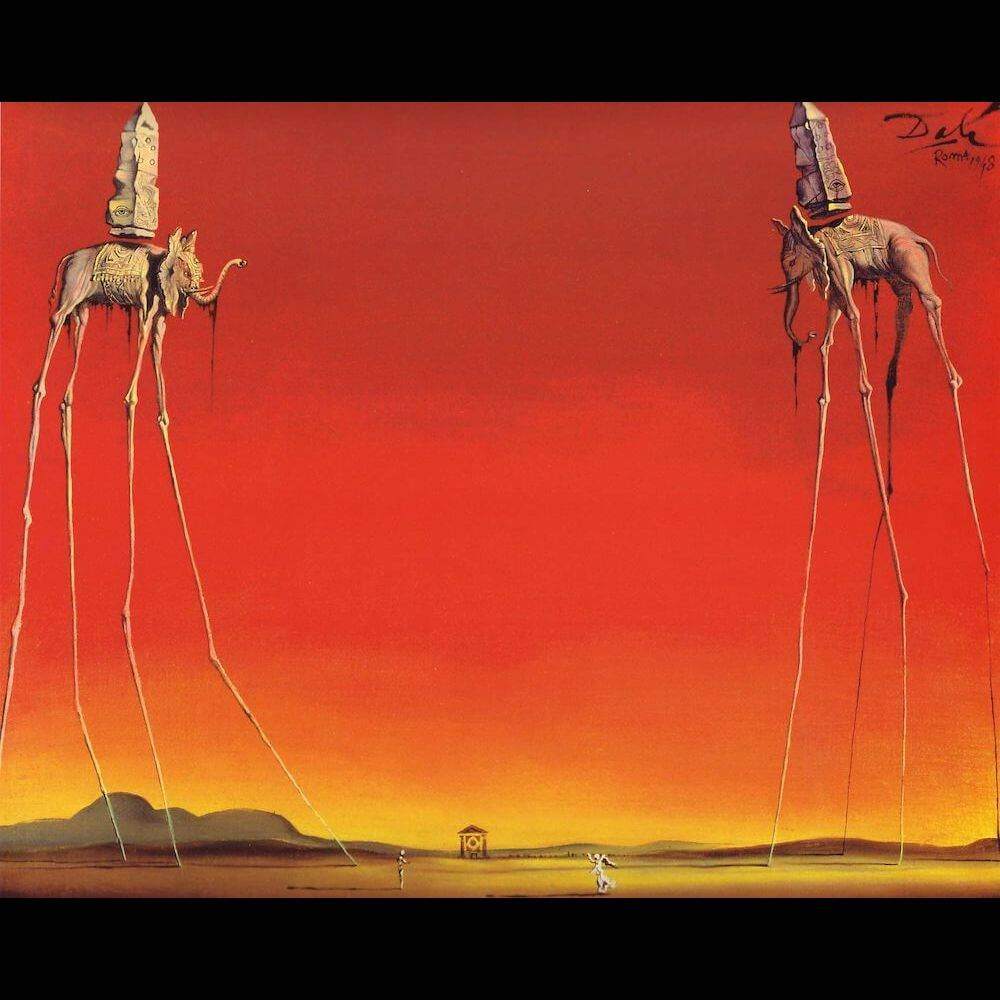 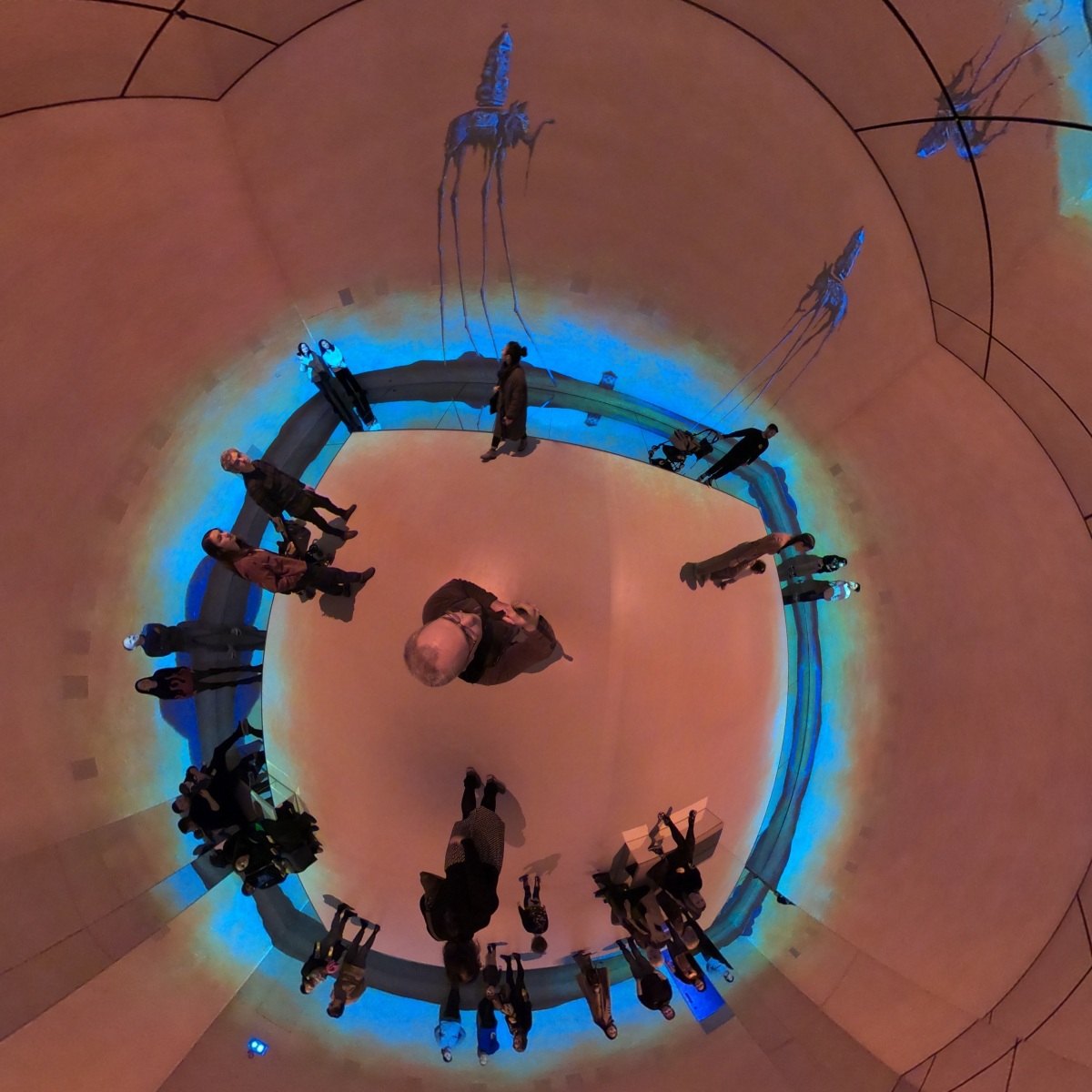